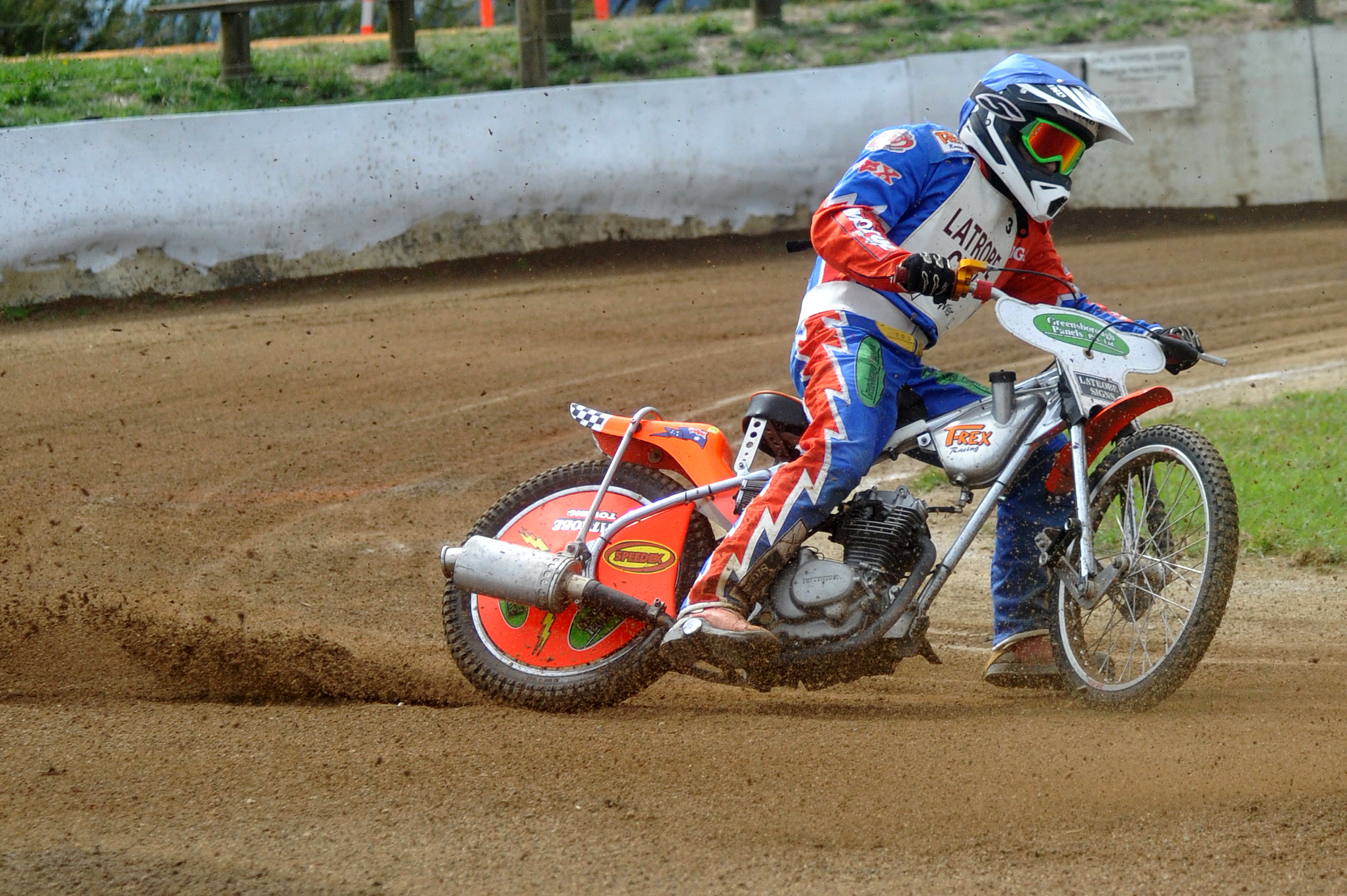 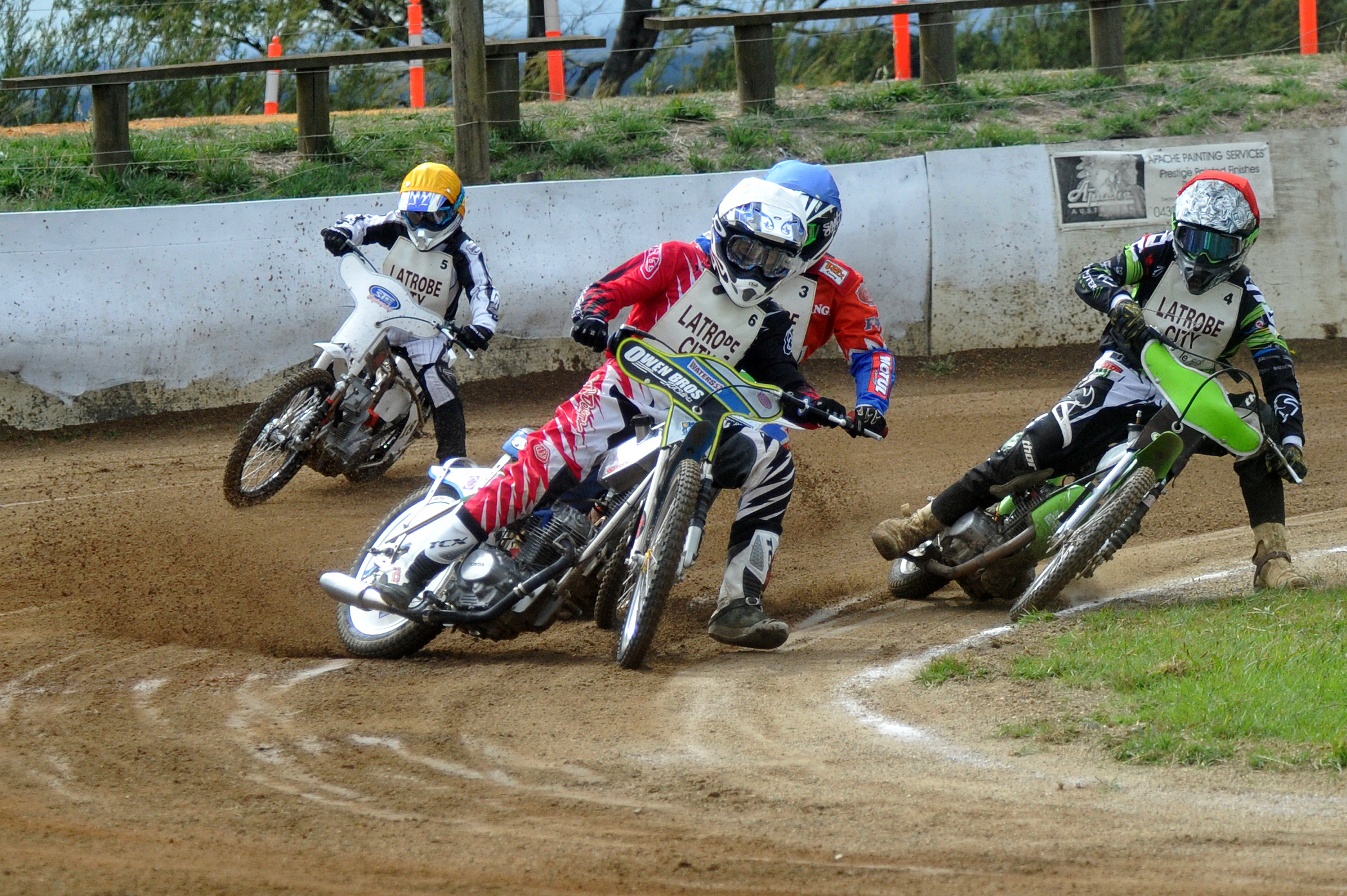 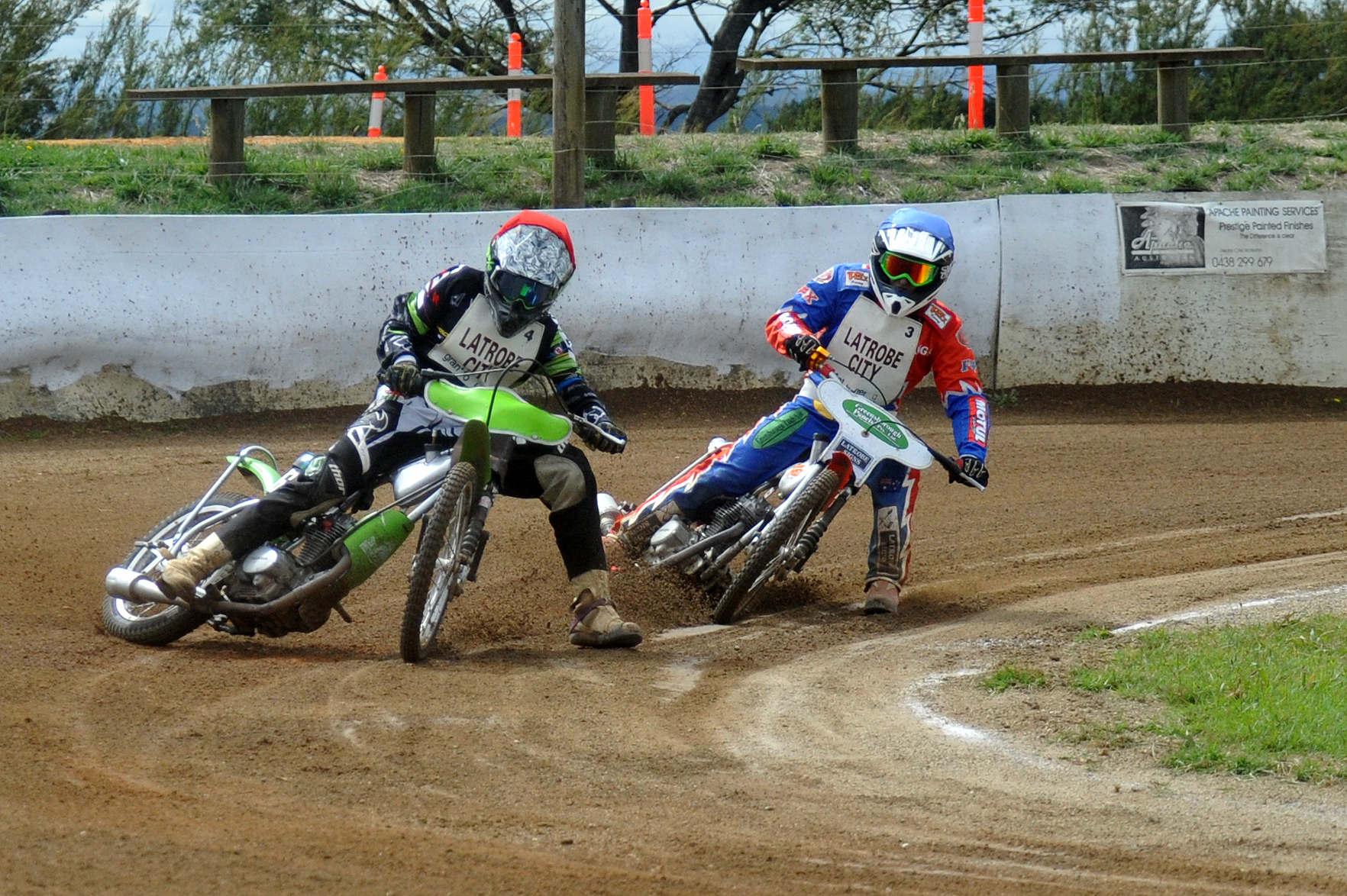 GARFIELD’S Lachlan Schreurs did Gippsland proud in his quest for the Neil Street Cup last weekend, finishing third in the final of the junior motorcycle speedway championship at Blue Rock Motocross complex, Newborough.

As the only local in the field, Lachlan qualified through the five heat rounds, each against a different bunch of four riders, to make the podium in the 16-man event.

Current under 16 Australian champion Jaimon Lidsey took out the title, followed by Corey Pangbourne in second.

In a hard-fought competition, all four finalists were separated by just two points ahead of the deciding race.

“It was fantastic racing and it was pretty neck and neck all the way with the top four,” Gippsland Speedway Motorcycle Club spokesperson John Ferguson said.

“It was pretty awe inspiring really, the boys really did a great job; it’s fantastic to see the way the boys present and conduct themselves at the meeting.”

The cup is named for Neil Street, an Australian speedway racing and engineering pioneer, who enjoyed great success on the European circuit.