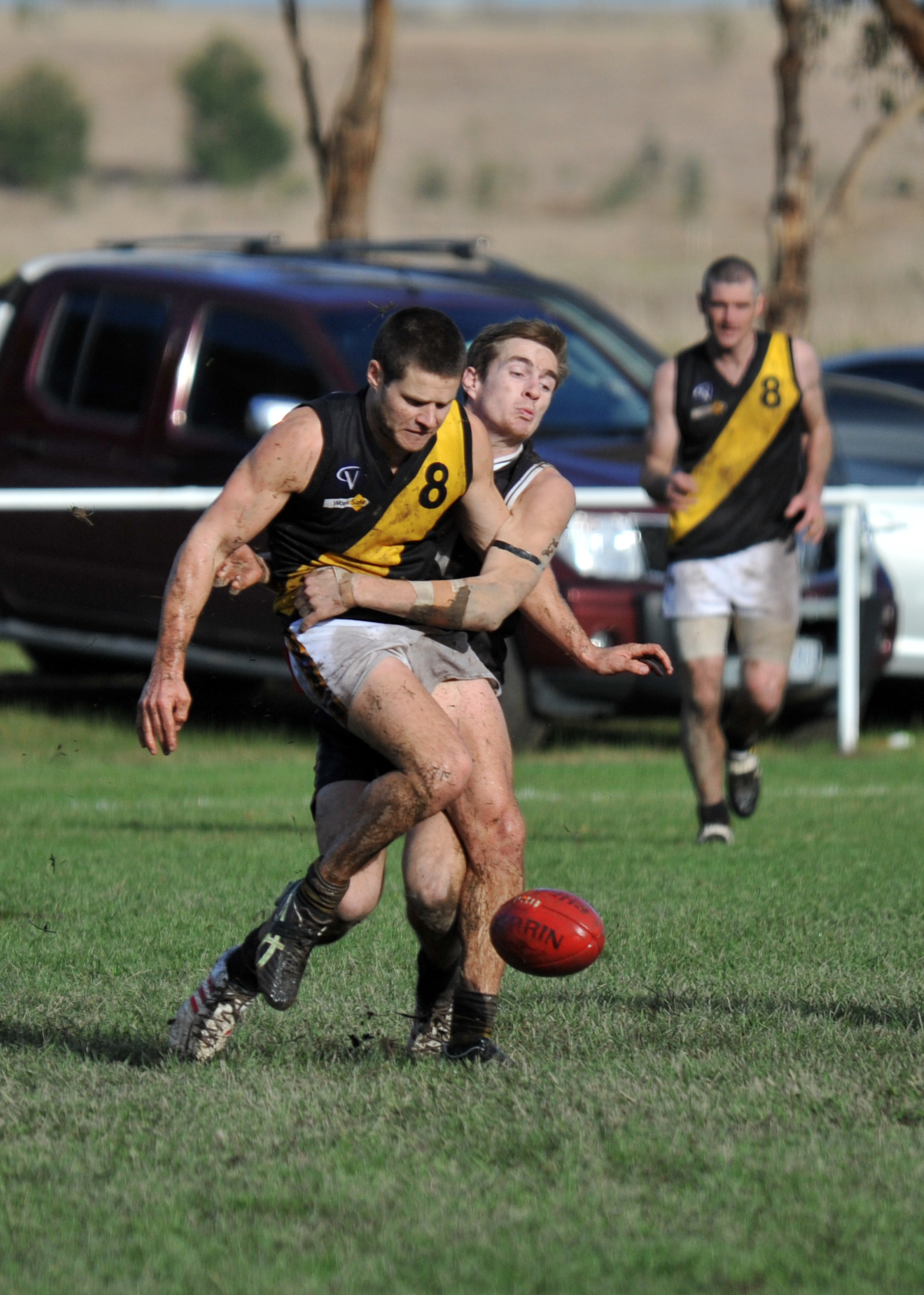 MOVEMENT in the ranks and the addition of new recruits across the league provided football followers with a taste of the North Gippsland season to come in round one.

For some, the opening round showed there is plenty of improvement to be made, while others, such as Heyfield, set the standard.

A large crowd was on hand to watch Yarram win its first game in North Gippsland, and another is expected to turn out at Gormandale to witness Luke Heggarty’s 150th milestone this weekend.

Senior Gormandale captain Luke Heggarty will lead his side onto the field in his 150th club match against Boisdale/Briagolong.

A club best and fairest and league team of the year awardee, Heggarty’s teammates will be eager to mark his milestone with victory.

After impressing in the season opener, despite losing a close one to Sale City, Tigers coach Luke Henderson said the side itself was disappointed with the effort.

“We were very disappointed; we didn’t go there (Sale City) to lose.

“Given our performances in past seasons people might think that it was an impressive effort but for us we have high expectations as to where we should be.

“What is pleasing for us is the continued improvement and development from our young kids; we have 13 players in the side that have come up through the ranks at the club having played in the thirds competition.”

Another club on the way up is Boisdale/Briagolong which showed promising signs against Woodside.

Henderson knows that the Bombers are a different prospect than in past seasons with a completely new and unquantified list, but with a goal to score a minimum five victories at home said his team must start winning this week.

“They can play some good footy and showed that in the first round, we won’t be taking them lightly and are fully aware that we will need to play our best footy,” Henderson said.

“It’s a must win game for us, we want to go into the bye and Easter break with a one a piece ledger rather than 0-2, we are not interested in honourable losses.”

The fitness and pace of Heyfield set the ‘Roos apart from reigning premier Glengarry in round one.

Heyfield will host Sale City who added more firepower to the cavalry following the signing of former dual premiership player Jake Schuback on game day in round one.

Highlighting ahead of the season “that it was hard to say” exactly where his side was at, Dogs coach Hayden Burgiel would have been pleased with the points first up and the manner in which the side’s new recruits gelled with the squad.

Saturday will provide the new coach with his first big test and an indication as to just how much his side has improved in the off season.

It is a daunting prospect for any side to travel to Gordon Street, let alone meeting the Kangaroos on the hop.

The Saints will start their season at home to a rebounding Churchill following a bye last week.

Railroaded after half-time the Cougars went down to Rosedale in a round one thrashing and will do all they can to avoid a 0-2 start. Churchill’s coaching panel will go back to the drawing board to prepare for Cowwarr, which watched from the sidelines in round one.

With a game under their belt, the Cougars will be a tough prospect and should register new coach Allan Chandler’s first win.

Traralgon Tyers United will refocus following a costly lapse of concentration which put it out of contention against Yarram.

There will be little let up for the Bombers this week against Glengarry’s damaging midfield and potent forward line. Renowned for their ruthless clashes, both sides will be aware they can ill afford to allow the opposition a sniff or the game may be over by half-time.

The pressure will be paramount come the opening bounce.

Rosedale’s new look line-up proved the right combination when the Blues ran rampant in their disposal of Churchill.

On Sunday the Blues host Yarram, which must deliver another mighty performance to claim the scalp of last season’s finals contender, Rosedale.

Coach Griffin Underwood was pleased with the Demons’ first win in the league in front of a bumper crowd.

“A lot of supporters came out to watch us, it was really good to have so much support and the crowd certainly helped us with the result,” he said.

“I wasn’t too happy with the final quarter effort, but overall we played to our game style, came out, stuck to our guns and got the score on the board to win.”

Woodside has the bye.