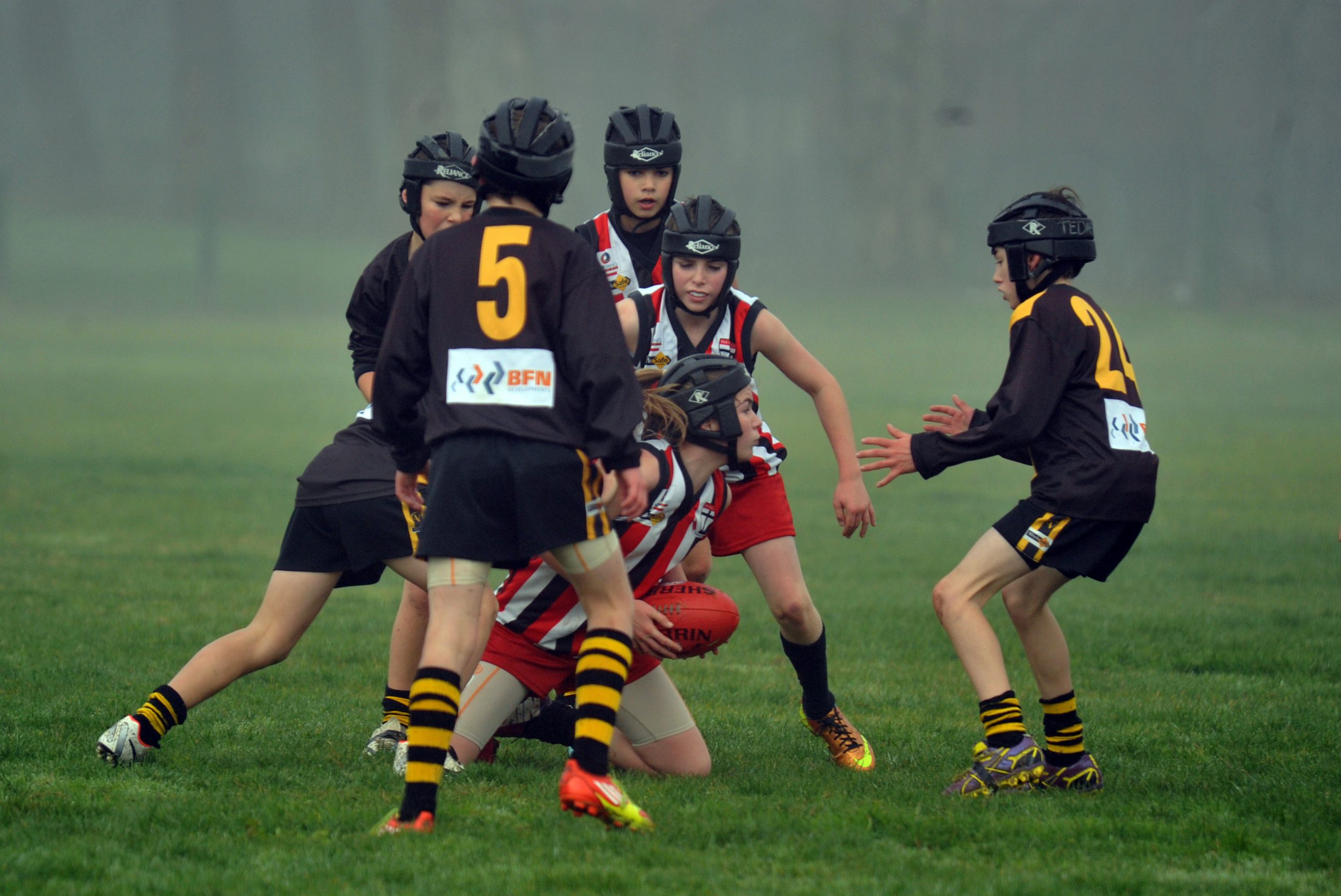 TACKLING, keeping score and best and fairest awards could all be scrapped for under 10 football in Gippsland as early as next season.

These are among a raft of recommendations included in the recently released Australian Football League guide for junior football, ‘This is our game’, which aims to promote participation over competition in formative age groups.

AFL Gippsland region manager Travis Switzer said the proposed overhaul, identified within a Deakin University study of five leagues across two states and 36 matches of junior footy, were slated for a gradual phase-in for local leagues.

“We’re going to work pretty closely with the leagues to implement some of these rules over time… we want to engage the clubs, parents and leagues before we go in and implement every one of those rules, but we will be working toward those,” Switzer said.

“Those rules are all about trying to encourage participation… but we’re also mindful that they are big changes, we don’t want to come in and just impose those guidelines straight away.

“Our commission will make decisions based on what we think is best for footy, but we want to do it in the right way, we want to engage and educate along the way before we implement anything.”

CGJFL president Craig Skinner slammed the recommendations and said their implementation would cripple participation rather than bolster it.

“We don’t agree with it and we don’t want to do it,” Skinner said.

“If they can’t do it at football, they’ll do it at soccer and they’ll probably never come back to football.”

Skinner said the CGJFL already had policies in place to prevent lopsided scorelines, including coaches tweaking matches when a lead reached 40 points to even the playing field.

“In the end the coaches are the ones who are in the most control, you can change rules and laws but ultimately it’s up to the coach to manage how the kids develop, learn, understand, win and lose and the culture,” Skinner said.

The league’s 12 clubs voted unanimously against implementing similar changes at the end of last season, and Skinner said it would put its case forward to go ahead unchanged.

TDJFL manager Gordon Bayley was more welcoming of the revamp.

The league already has no best and fairest awards, and Bayley said less talented players would benefit.

“For some kids it will be really good, it will, I’d say, encourage and get more kids involved… particularly the kids that aren’t quite as gifted,” he said.

Bayley said children would get their chance to play competitive football in the older age brackets of under 12s and beyond, and could still learn the basics under amended rules.

“I think parents are always keen to see if little Johnny is the next AFL superstar… but I think kids will tend to blossom from under 12s onward anyway, that’s when they’ll start to stand out a little bit,” he said.

He also said the move may encourage more female participation.

East Gippsland will play under the recommended rule-set this season, which Switzer said would help inform the commission’s future direction.

Switzer said any changes made by the commission would apply to all leagues in the region, in which under 10 is the entry level age group.

Other guidelines include playing on a smaller sized field, implementing ‘zones’ to reduce congestion around the ball, marks awarded over any distance, limiting the number of bounces allowed and fewer players on the ground.

To read the document visit aflcommunityclub.com.au/index.php?id=1833