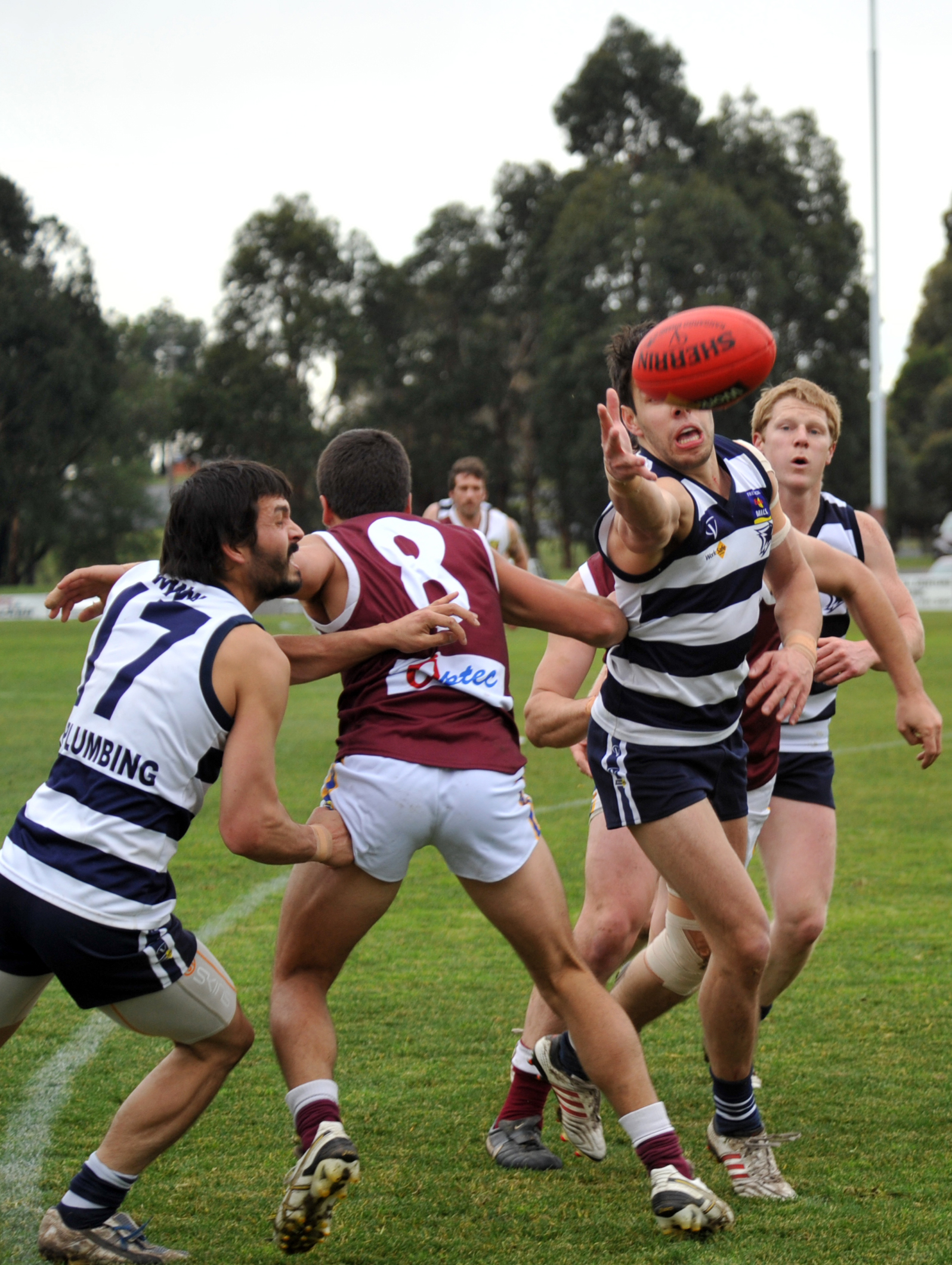 TOUTED as the match of round four long in advance, the first North Gippsland clash between neighbours Woodside and Yarram on Good Friday did not disappoint, with one point the difference at the final siren.

Reigniting a rivalry which spanned decades when the two sides competed in the Alberton League, hostilities were renewed in the inaugural Easter blockbuster.

Drawing a record crowd, punters travelled from far and wide to witness a classic contest in wet and trying conditions.

Bursting out of the blocks on the heavy track Yarram made its mark early and coach Griffin Underwood was happy to show the Wildcats who was boss with some early push and shove.

Consecutive majors to the Demons through Ryan Underwood and Simon O’Donnell had Yarram off and away, before a tight scruff which saw little movement on the scoreboard.

Corbin Sutherland looked to open his account early after a solid mark in front of Matt Lothian however sprayed the shot in the wind.

O’Donnell was in the thick of it again moments later with a snap at goal to extend the visitor’s lead out to three majors.

The move worked as Brett Kerr slotted through the home side’s first some 15 minutes into the term.

It was quickly negated by Ryan Underwood’s second for the quarter which handed the visitor a 22-point break at the first change.

Kicking into the wind did not hamper the Demons’ early rampage; Daniel Vardy opened proceedings before Kerr had his second as the Wildcats worked hard to stay in touch.

Kerr’s snap from the boundary was the goal of the match, which came when the fleet footed midfielder finished off the hard work of Jack Doderico who ambushed the Demons’ run from the backline.

But, as they had done early in the contest, Ryan Underwood and O’Donnell again combined, with the latter adding his second for the match as the Demons held their quarter-time margin into the long change.

The third term saw the Wildcats make the most of the scoring end to register four goals to two and reel the margin back to single figures.

Wildcats coach Chris Pettitt wanted more from his troops at the three-quarter-time huddle, pointing out players that needed to lift in the final 25 minutes of play.

However, it was all one-way traffic early in the last as Yarram registered the first, while a number of opportunities went astray with Sutherland and Jarrod Swift both missing before Staley made his mark.

The Wildcats reeled the margin back to under a kick, before Staley’s mark and shot at goal from outside the 50 metre mark handed the Wildcats the lead for the first time since the opening minute of the contest.

Wildcats coach Pettitt led from the front in the stirring victory.

His sweeping role across half-back was instrumental, particularly in the final term.

Lothian was a dominant figure with Tom Love a standout in front of goal, finishing the contest with three.

For the Demons it was the Underwood brothers Ryan and Griffin that stood out alongside best on ground David Clavarino, but the new boys were left to rue the one that got away.