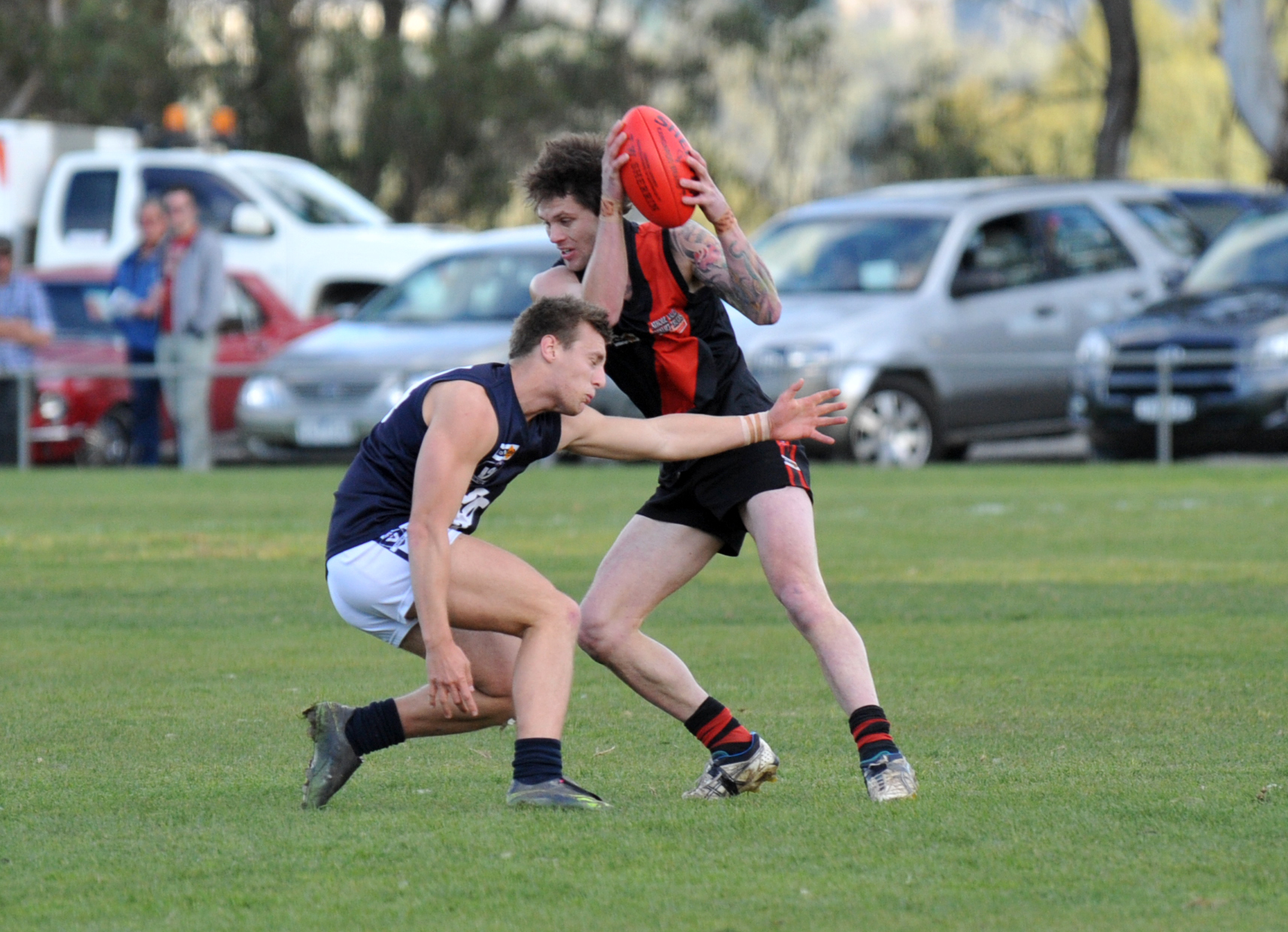 Rivals Rosedale and Traralgon Tyers United will pay homage to the Anzac spirit when they contest a North Gippsland derby under lights tomorrow night.

The NGFNL will join several other country football leagues across the state that will host Anzac Day fixtures.

The concept was initiated by TTU seven seasons ago and is still going strong.

Both clubs will engage their respective Returned and Services Leagues branches as part of the occasion.

For last year’s semi-finalist and top three finisher TTU, this week’s clash with Rosedale is crucial.

Sitting at the tail end of the ladder with a 0-3 ledger the going does not get any easier for the injury-plagued Bombers up against a rebounding Blues.

After dropping the four points in a classic tussle against the reigning premier, the Blues have been humming along.

They will provide headaches for the Bombers who felt the wrath of the competition’s number one side Heyfield last round.

Under lights and at home it is hard to look past Rosedale to return to the winner’s list.

No doubt reeling from a sluggish showing last week, a proud Cowwarr line-up will start strong on home turf on Saturday.

Looking to reverse their fortunes and register an opening win, the Saints must stay with Glengarry in the opening term or face a long four quarters against a side which has scrapped through in past weeks by winning margins of four and one point.

Despite coming from behind in past weeks to take the win, the Magpies have started to hit their groove and will be a challenge for the Saints who struggled against Yarram. With a number of outs, the Saints were left wanting and will be keen to refocus with a stronger set of troops on the park.

Gormandale returns from an extended break following the week’s bye and will host Churchill on Saturday.

Yet to open their season account, the Tigers will need to contain an impressive Cougar outfit which boasts an injection of youth mixed with experienced campaigners aiming to elevate the side to another level.

After winning two on the run, the Cougars coaching staff will be eager for more points in the coming weeks before a showdown against long time rival Heyfield. This week the side must contain a Gormandale outfit which has fallen agonisingly short in its opening two matches.

With plenty to prove Gormandale coach Luke Henderson will be expecting big things from his charges.

Last year’s finalist Heyfield has been unstoppable early this season and will again be a formidable opponent come the pointy end of the season.

Saturday will see the Kangaroos host the Bombers, who are staring down the barrel of two straight losses. It will be a tough assignment for Boisdale/Briagolong who will need to counteract the Kangaroos’ many avenues to goal.

The Bombers’ back six will be stretched, however the visitor will be hopeful for a strong performance from its forwards to seal a second win and cause a major upset.

Woodside will take to the field for the second time in round four when it hosts Sale City in the WorkSafe Country Game of the Month on Sunday.

The double header for the Wildcats will provide an opportunity to close the gap on the competition front runners.

Coach Chris Pettitt has noted the side will gain a greater understanding as to just where they are at as they aim to make a return to finals football.

Despite the inclement weather and challenges the rain brought, the Dogs were like ducks to water last round with their new style of football under coach Hayden Burgiel on display.

There is little doubt Burgiel would love to claim a big scalp like the Wildcats and continue the side’s rise and development.