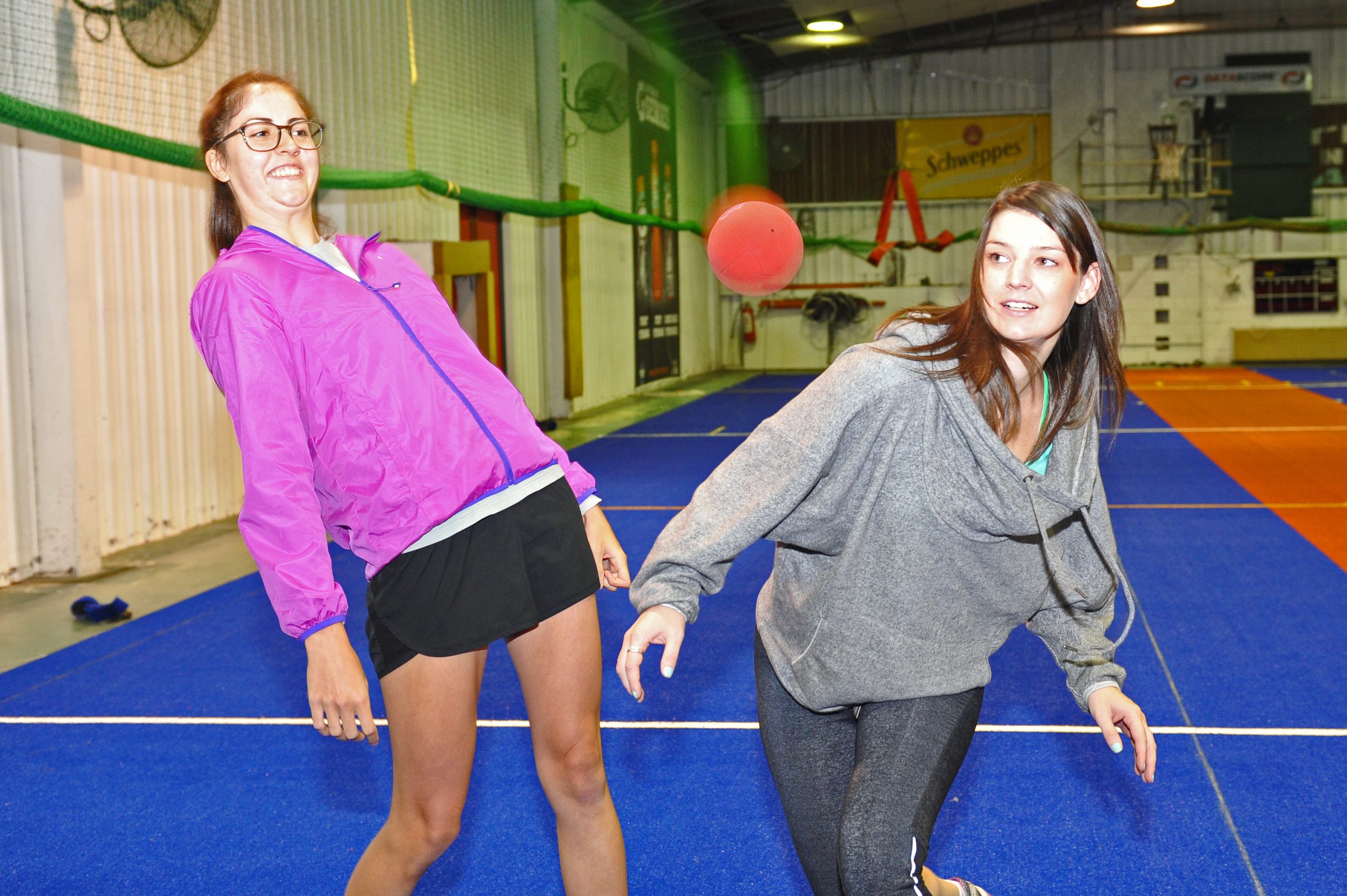 DODGING balls is no playground game for two Churchill girls, who are set to compete overseas in their first international dodgeball tournament.

Samantha Holcombe, 23, and Jamie Doherty, 28, have been accepted into the Australian Dodgeball Federation’s women’s team – The Wombats.

When The Express asked if people took them seriously, Holcombe replied with a laugh: “I think my mum is still getting her head around the fact. She just says, ‘that’s nice’,”.

Dodgeball is a game in which six players on two teams try to throw large balls at each other while avoiding being hit themselves. The game is typically played among children, but has emerged as a competitive sport.

The women, alongside their fellow dodgers from Melbourne and regional Victoria, will play at the Dodgeball World Championship in Hong Kong in June, competing against seven other national teams including Slovenia, the United States, Canada, New Zealand, Malaysia, Singapore and Hong Kong.

Unlike Australia’s first national dodgeball team, the ‘Emus’, who notoriously selected themselves to compete in the world championships in 2010, Holcombe and Doherty were chosen after recruits saw footage of them playing and was followed by a rigorous application process.

Holcombe and Doherty said dodgeball was gaining popularity in Australia, with more local teams forming in Traralgon and Melbourne.

“It’s definitely getting more known as a sport,” Doherty said.

“Part of going overseas is to gain more attention, and for people to see dodgeball as a sport. In the US and Canada they play all year-round.”

The pair began playing dodgeball about seven years ago at the Traralgon Aquatic Centre after seeing an advertisement in the newspaper.

Former local teams in their CV include ‘Energy Legs’, ‘Formerly Known As’, because they couldn’t decide on a name, the ‘Big Bad Wolves’ and ‘Pandemonium’.

Holcombe said when she first started playing dodgeball in high school she was like one of the characters from the 2004 comedy film, ‘Dodgeball: A True Underdog Story’, starring Vince Vaughan and Ben Stiller.

“I pretty much was that chick because I was addicted to unicorns, I have a lot of unicorn stuff in my house so we’re reliving the movie,” she said.

“I was always too rough for netball.”

So far, the trip is self-funded with the players seeking support from the community.