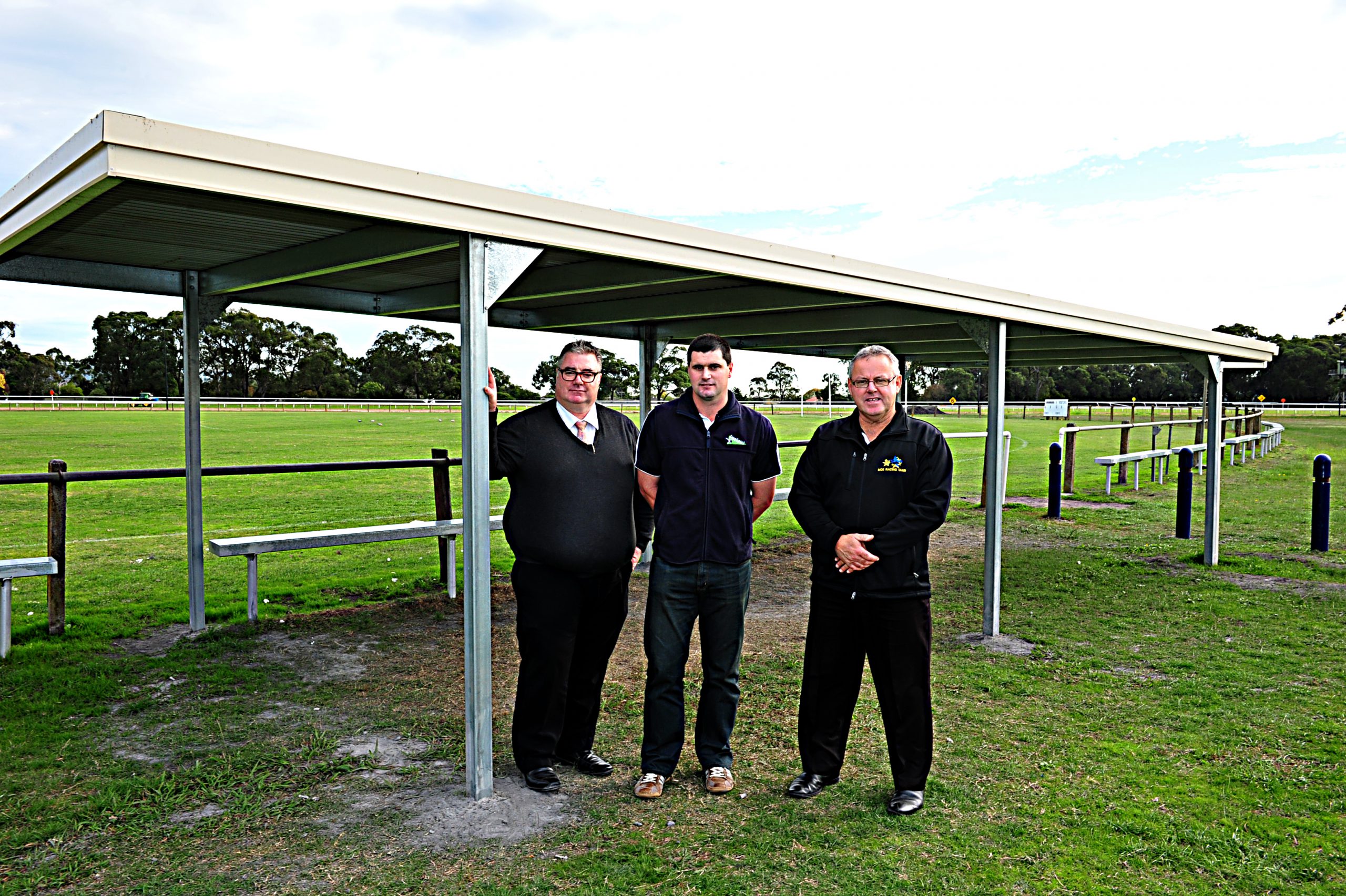 A STEEL shelter installed at the Moe Racecourse is protecting three of the town’s sporting clubs from the elements.

The Moe Cricket Club, the Moe Racing Club and the Moe Junior Football Club are set to benefit from the shelter, with players and spectators seeking shade in the summer months and respite from the rain come winter.

“We’ve been trying to get shade at the racecourse for many years. There was no shelter at all really at the cricket ground,” Moe Cricket Club committee member Tony Flynn said.

“In the summer it gets hot and during the junior footy it gets wet.

Flynn said the shelter was a joint project between the three clubs, and had an estimated cost of $5000.

“There’s no seating, but people (can) stand or sit under it. During the junior cricket finals it was well-used and appreciated,” he said.

The clubs sought support from GippSport, which conducted a Sun Shade Audit as part of its East Gippsland Healthy Sporting Environments Program.

GippSport program coordinator Chris Stanlake said the audit found there was no shade whatsoever at the racecourse and took the audit to the Moe Racing Club to help them build a shelter between the facility’s two ovals.

“They had limited shade at either oval and the junior football club can use it in the winter as well,” Stanlake said.

“Through the process of doing an audit, they got something out of it. I would recommend other summer sporting clubs to conduct a Sun Shade Audit.”