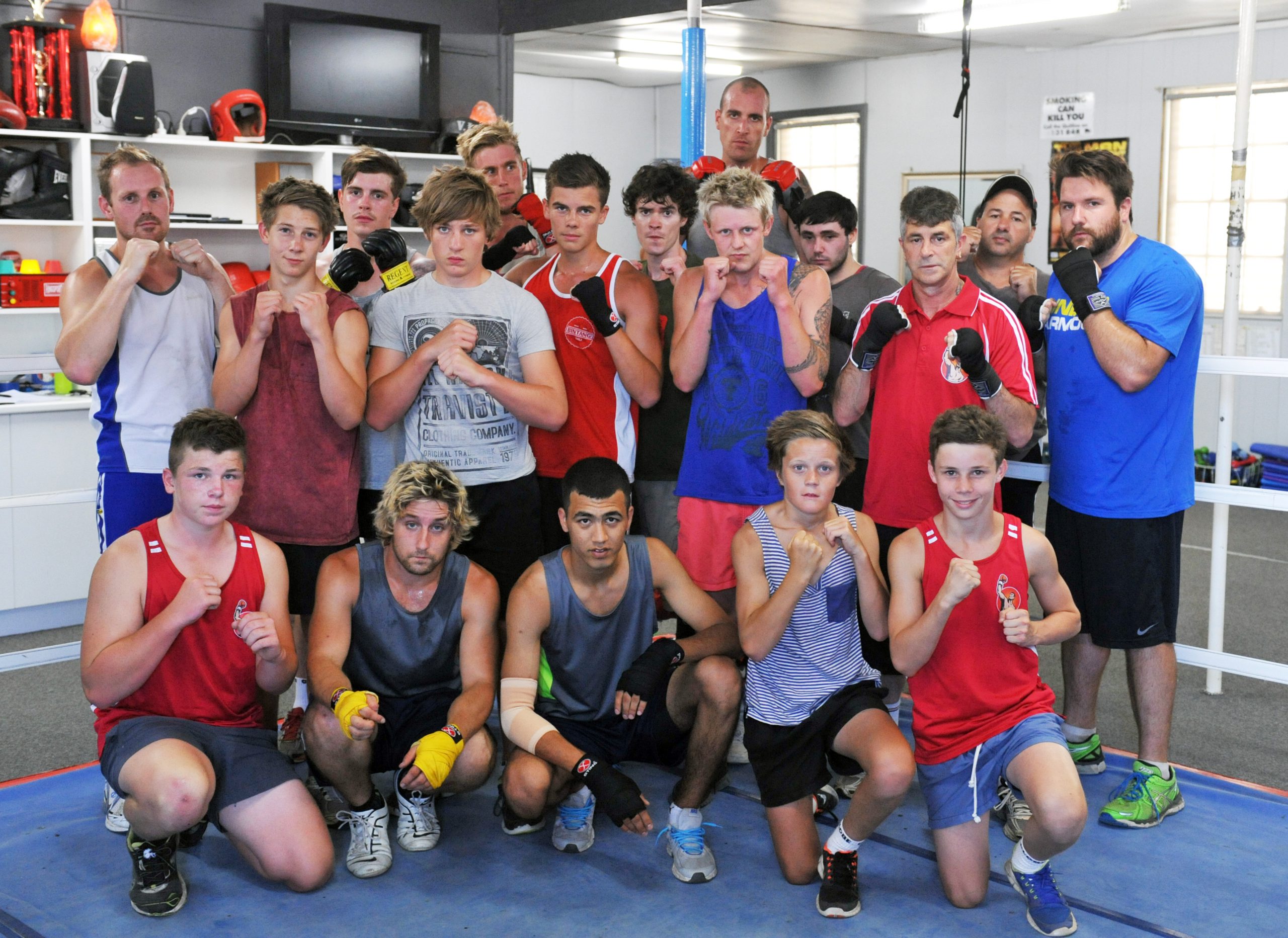 TRAFALGAR Boxing Club’s youth engagement program has been stretched to breaking point with its facilities in need of a major overhaul.

The 20-capacity gym is full to bursting with about 15 regulars, plus about 10 that come and go, training under volunteer coaches Shane Cameron and John Cassar, and has been quoted about $60,000 for extensions to its facility at Trafalgar Recreation Reserve.

The not-for-profit gym covers some menial maintenance and equipment costs with membership fees, but has nowhere near the funds required to accommodate its growing fraternity.

Cameron, a former professional fighter, and Cassar fear their sub-par facilities may lead to loss of members, many of which have had their lives transformed by the boxing program.

“The numbers have just been building and this complex is getting too small, and we ain’t got nowhere to go because we can’t afford… to get a factory for a few hundred dollars a week,” Cameron said.

“There’s been a few kids that have been pushed my way, they’ve had anger issues and stuff like that, but once they start training they lose the anger because they’re working the body.

“I think it’s given them something to look forward to actually, to get fit, it gives them mateship… we’re tutoring them, we’re trying to change their life.”

Cameron took the position two years ago after making a conscious decision to instigate change in the community.

Noticing a trend of alcohol abuse and unhealthy lifestyles in the area’s youth, he set about altering attitudes through his chosen sport.

“I thought if I can make a difference and get the youth into the gym, it’s all good. It’s taken a couple of years,” Cameron said.

“Mentoring them really, talking about diet, what you eat is what you are, general fitness which comes with lots of things, (like) balance and wellbeing.”

The gym is a community asset built on Crown Land, meaning the club needs permission from Department of Environment and Primary Industries, Baw Baw Council and the Trafalgar Recreation Reserve committee for the extensions to take place.

These approvals would not imply financial support; the club would have to apply for funding from council and other groups.

The club recently received a $500 grant from Moe Racing Club, but has had little luck garnering further support.

Cameron said previous applications for funding to various bodies had been denied due to the perception of boxing as a violent sport.

“There’s more injuries out on a football field than what there is in a boxing ring,” he said.

“Before a fighter goes out to fight he has a full physical, if he gets a concussion he’s out for a month where they (footballers) can walk back on the ground the next day and play a game.

“We’re all about health and safety here, we don’t want anyone to get hurt.”

The club hopes to add toilets for people with a disability, showers, wheelchair access and new flooring as part of the extension, along with general repairs to ensure it can continue to operate.

Cameron said the lack of showers and amenities had also affected the club’s ability to host interclub fights.

For more information about Trafalgar Boxing Club or to offer support, phone Shane Cameron on 0408 962 764.

The club caters to all ages.