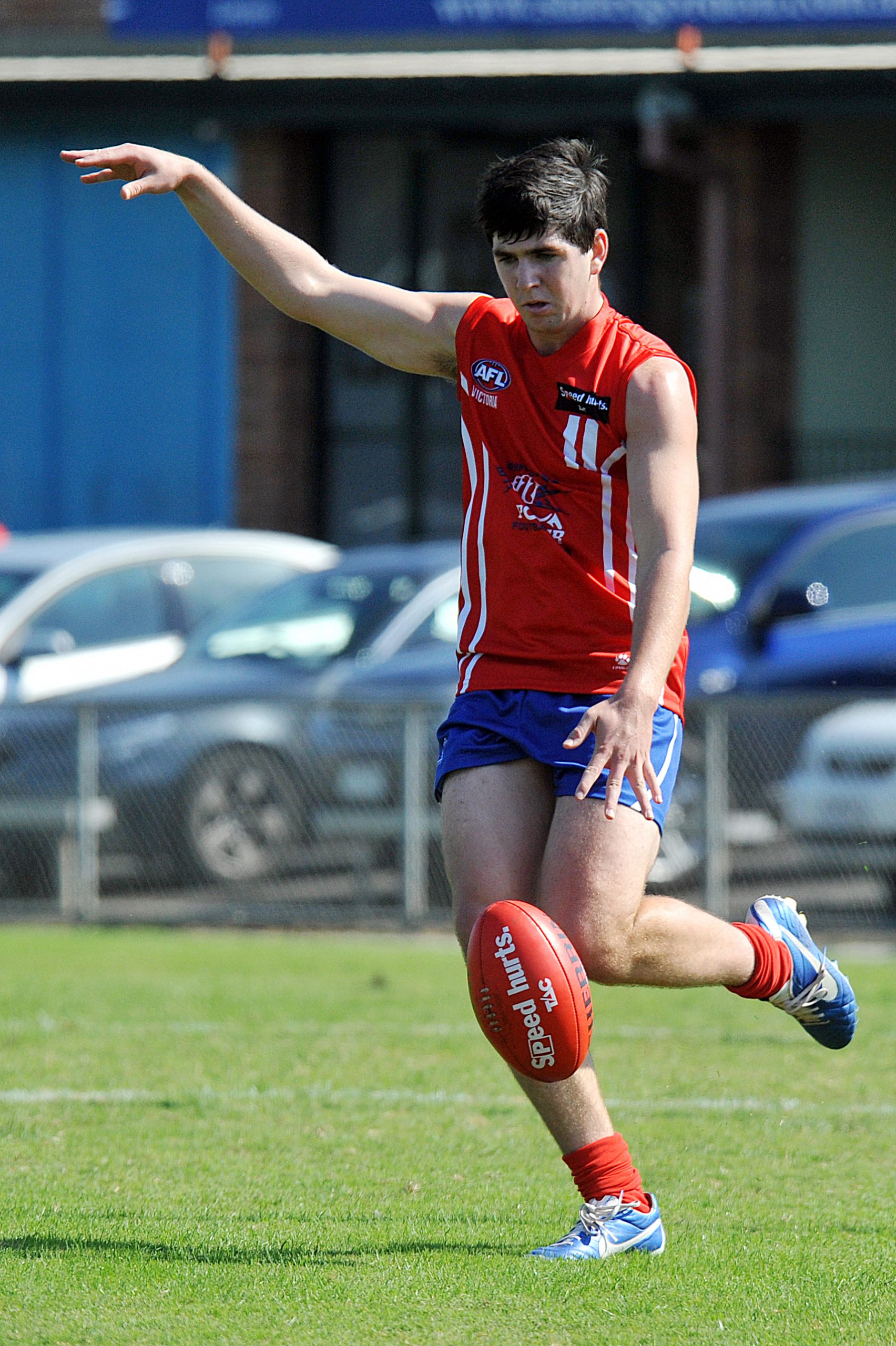 THE Williamstown venue has always held special significance for Loy Yang B Gippsland Power, as it is home to a Victorian Football League franchise with a host of ex-Power players on its list.

Former Power stars Ed Carr, Nick Sing, Simon Deery, Shaun Wyatt were in attendance for the club’s match against the Western Jets at the weekend, as was Western Bulldogs player Clay Smith, but their presence could not lift the visitor over the line in a 36-point loss.

The Power went into the match with vital defender Bohdi Walker back from injury along with Jack Hammond, Darnell Grech and Ash Di Ciero to bolster the experience in the team.

Conditions at the normally windy venue were calm at the start of the match with the Power kicking to the city end of the ground.

Things were tight early on and it took some excellent pressure by Sam Skinner and Jordan Cunico to set up Di Ciero for the opening goal.

Ominously, the Jets goaled almost immediately from the centre bounce, however Nash Holmes intercepted a Jets pass and kicked a long goal to give his side the lead again.

The Jets replied on the rebound and it took a long and direct forward thrust by Tate Marsh to allow Brad Olsson to give the Power a seven-point lead by the first change, which could have been greater based on forward 50 entries.

At the first break the conditions changed and a strong wind gusted up behind the Jets.

After being competitive for the first part of the term, the Power began to leak turnovers and the Jets hit back hard.

The Power did not score a goal for the quarter while, in stark contrast, the Jets kicked five from their 12 scoring opportunities and led by 29 points at the long break.

It took some excellent teamwork by Declan Keilty, Michael Jacobsen and Tate Marsh to set up Cunico for a much needed goal to keep the visitor afloat

Some more good play allowed Marsh to kick a long goal and the Power began to win the contested issues to stem opportunities at the other end.

A no fuss piece of attacking football by Josh Dunkley was then converted into points by Tom Papley and Keilty, handing Cunico his second for the quarter.

Veteran on-baller Alex Carr joined in with a stunning major from the junction of the 50 metre line and boundary and gave the team the lead late in the quarter.

The Jets kicked an unlikely goal on the siren to regain a one-point lead ahead of the final term.

A strong wind favoured the home side in the last, and while Power defended bravely could not stop the Jets booting five unanswered majors to claim a 36-point win.

This week Power takes on the Queensland State team as they prepare for the upcoming national championships.

The match at Morwell Recreation Reserve will be keenly watched by recruiters and supporters alike, in what shapes as a huge occasion for both sides.