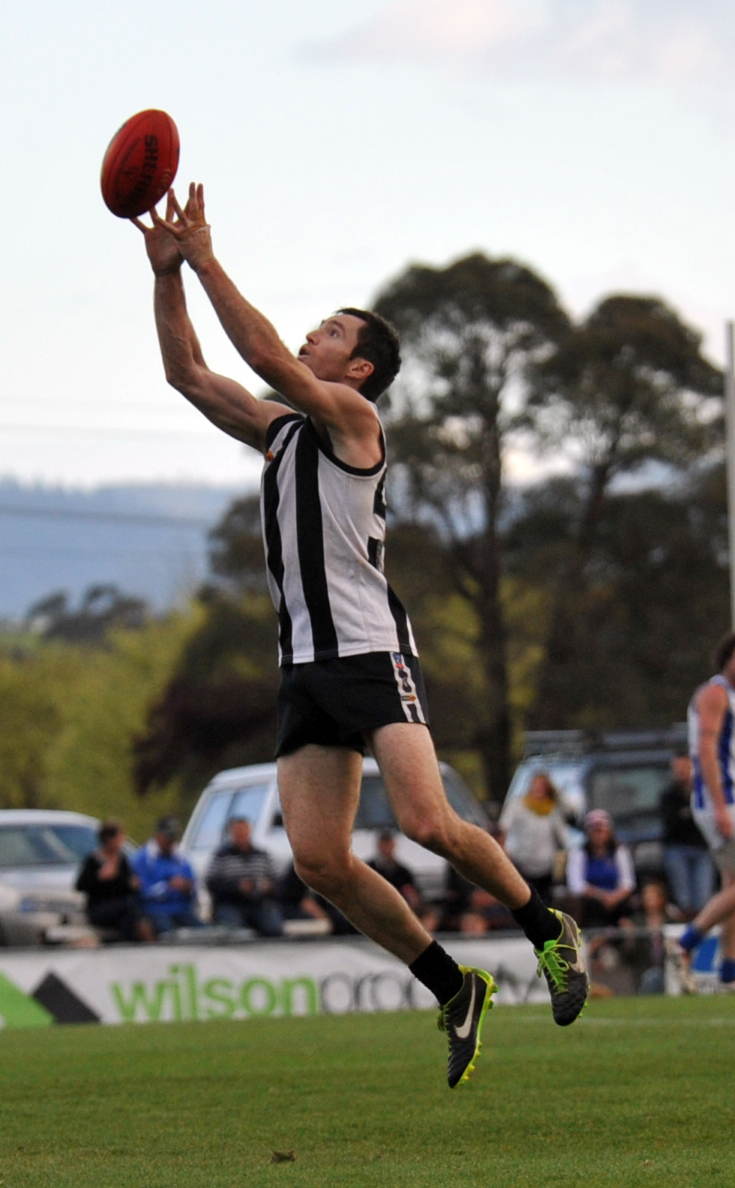 AS the competition nears the midway mark of the season, North Gippsland premiership front runner Heyfield finds the opposition nipping at its heels and several others emerging as worthy of talk about an elusive premiership.

Taking the competition by storm in the opening half of the fixture, Sale City has shaped its end of season fortunes early to make a mark on the top five.

Rosedale has shown it’s up and about, likewise Churchill which sits in fifth position.

With many rounds ahead, Woodside and Yarram are two sides that need to make the most of their opportunities to be considered serious contenders. Currently languishing, last year’s finalists Glengarry and Traralgon Tyers United have a lot of work in front of them.

GORMANDALE failed to make it two on the run in a 50 point defeat at the hands of the Bombers.

This week the Tigers will host Rosedale and on present form it is hard to look past the Blues.

Rosedale’s season is humming along and, despite the best efforts of Woodside, put the foot down in the later stages of the contest last Saturday and powered away to cement a fifth win.

It will be a tough prospect for the Tigers to contain the competition front runner, which continues to evolve and iron out small faults which coach Nick Leechino has identified.

Pitted against the second ranked offensive side in the competition, the young Tiger line-up’s back six will be stretched, while experienced campaigners Luke Hegarty and Daniel Domaille will need to be at their best to win the battle against a dogged Blues midfield.

AFTER shaking the duck off their back the Bombers travel to take on a Sale City team on the rise.

The Dogs have won their last five matches for a 6-1 win loss ledger.

Two of Sale City’s last three wins have come against two commanding performances against finalists from last season including Churchill and Glengarry.

For TTU the going has been tough but four points last round will boost confidence around camp.

While both sides boast relatively young lists eager to impress, it is certainly Sale City and its slick game plan under new coach Hayden Burgiel that has local football circles paying attention.

HEYFIELD will be primed for its showdown against fifth placed rival Churchill, which comes into the contest on the back of a 12 goal victory a fortnight ago.

Coming to life after what had been an indifferent month, the Cougars sealed a comprehensive win on the road to keep them in touch with the leading quartet.

Churchill’s resolve will again be tested when it travels to Heyfield in one of the hardest road trips on the fixture.

The two clubs were fierce nemeses during the mid-2000s, with the rivalry renewed in recent seasons when the sides contested three grand finals from 2003 to 2009.

The Kangaroos have had a dream start to the season, with Rosedale the only side to draw within arm’s reach.

With the rivalry between the powerhouse clubs of the past decade to continue, the four points will have never been so highly sought.

GALLANT in its efforts in round seven, Woodside will return home disappointed by the one that got away.

Woodside stuck with the third-placed Blues until the final term, continuing a trend of mixed fortunes.

Boasting a formidable line-up and with forward Justin Staley on song after a 10-goal haul, the Wildcats need to consolidate their form with contests against Heyfield and Gormandale to close out the opening half of the fixture.

Outplayed from the onset last Saturday, Cowwarr will aim to return to the winners’ list following a torrid fortnight which has seen it drop the points to Rosedale and Heyfield.

Expecting to see the return of seven senior players to the line-up, including James Cook, Adam Helmke, Leigh Fulford and Glenn Semmens, Boisdale/Briagolong will fancy its chances against Glengarry.

Caught out in the opening term against the Dogs, Glengarry will be looking for a quick start against the Bombers following a lean fortnight.

On a wet day last season the Magpies were troubled by the Bombers on their home turf until shaking things up in the final term.

That fixture got the Magpies’ season back on track and saw them railroad the competition on the way to the title.

Coach Ryan Potter would be hoping for a similar turnaround in fortunes this week, and will be sure not to take the Bombers lightly.

Yarram has the bye.