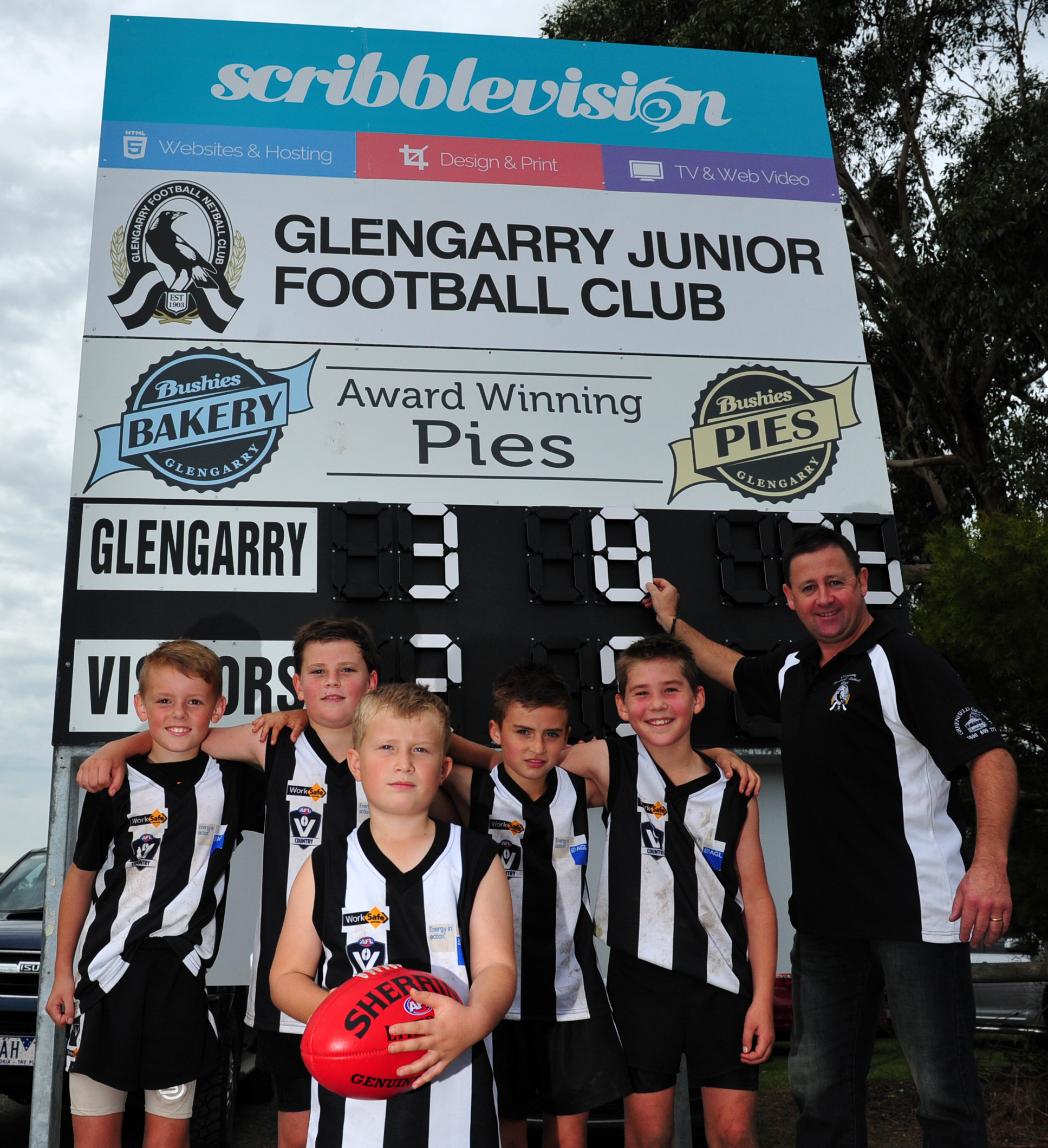 GLENGARRY has joined esteemed company as one of a handful of junior clubs in Gippsland to boast a scoreboard.

An eight-month push for funds and infrastructure culminated in the R&M Engineering Sale-built structure being erected at the junior oval by club committee members in February.

With a full quota of junior sides on the park this year, the club made the investment in a bid to attract more home fixtures for its ever growing fraternity.

“Typically we’d only receive four or five games a year out of 14 so having better facilities will attract us more home games long term,” club president Graeme Morley said.

“The last couple of years have been combined sides with Cumberland Park, but this year we’ve been able to field four teams under the Glengarry banner.”

Morley said the club was chuffed to have bolstered its resources, given the scarcity of scoreboard facilities across the junior leagues.

“Even the development of the major complex in Traralgon doesn’t have scoreboards, so we’re very privileged to have what we’ve got,” Morley said.