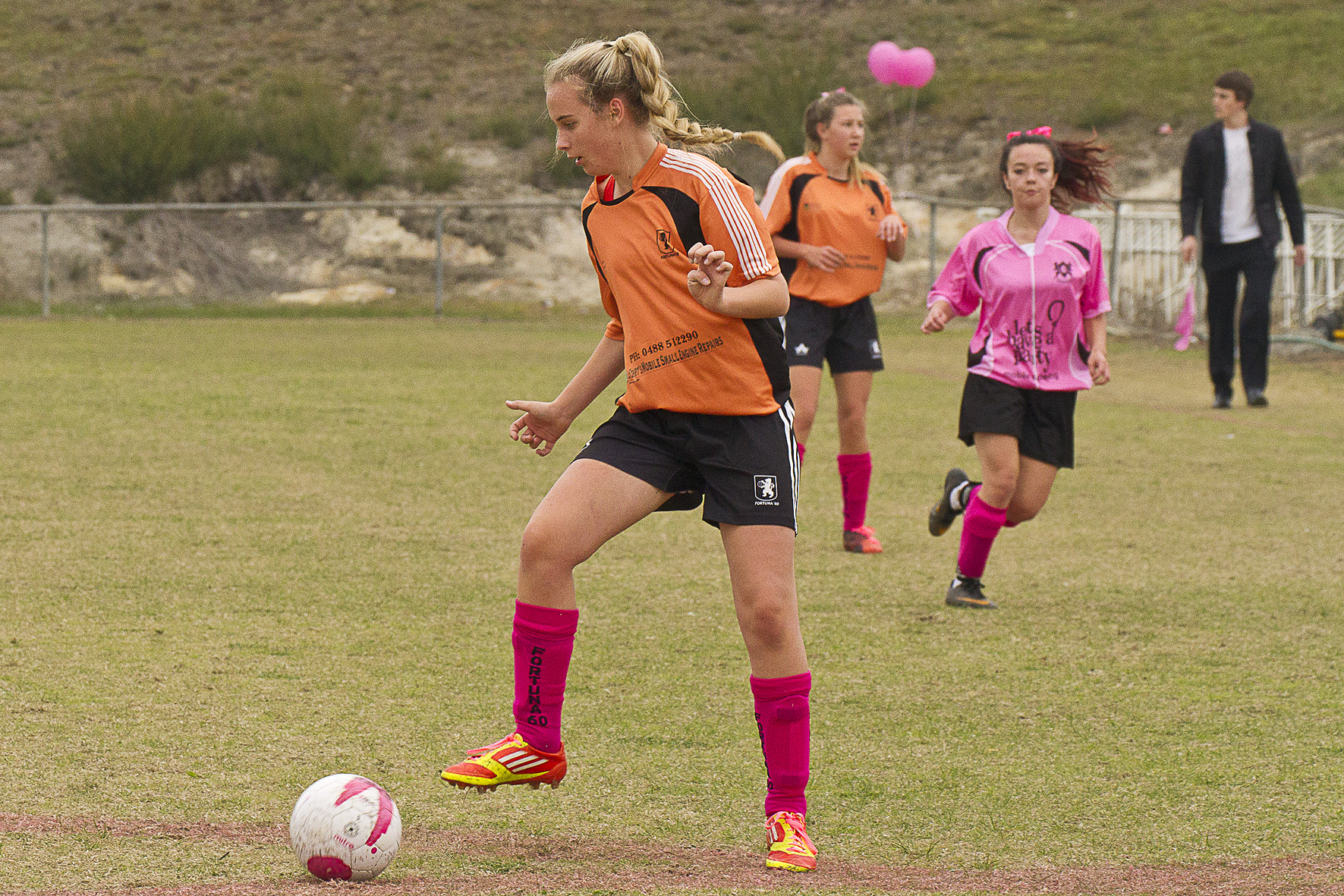 FORTUNA and Monash will contest the Pink Ribbon Cup this Sunday in the women’s Gippsland Soccer League in support of breast cancer research.

Now into its fourth year, the annual cup tie has raised $2000 to $3000 on average, with the home side decked out in pink strips for the occasion. Host club Fortuna president Dion Tanti said the initiative had been a great success to date, and a heavily anticipated match among the playing group.

“Our girls love it and we take it pretty seriously,” Tanti said.

He said the women’s game was a valued faction of the Fortuna club, and the Pink Ribbon Cup was a great way to promote female football.

“The women’s side of it is very important to clubs now,” Tanti said.

“It just shows that soccer isn’t just for guys. We’re trying to get women involved as much as possible and make them aware instead of just coming to watch their boyfriends, husbands and sons play, they can get involved as well. That’s the motto, to try and keep them active and a big part of the club.”

On the park the clash is tantalising.

Fortuna sits second on the ladder, just three points ahead of Monash.

Both sides are coming off 2-0 victories and boast impressive line ups.

The Wolves’ main threat will come from Sarah Briggs, who has seven goals to her name this season, while Belinda Powell has netted six times for Fortuna.

The match kicks off at 11am at Crinigan Road Reserve, Morwell.

There will be a raffle, jumping castle, cake stall, donation drives and other activities on the day. All funds raised will go to the National Breast Cancer Foundation.