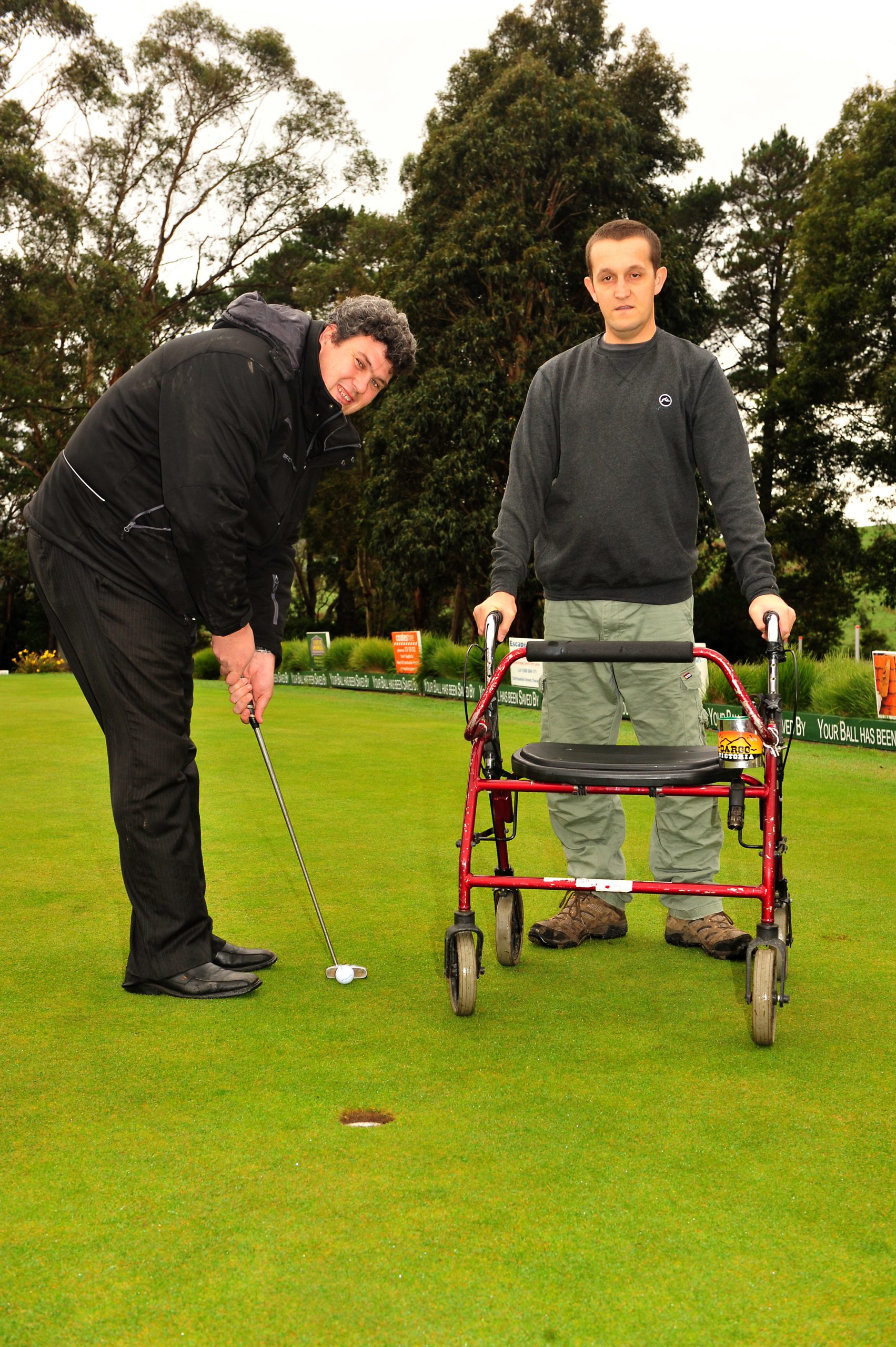 GOLFERS fretting over a snap hook or troublesome slice can put their problems in perspective this Queen’s Birthday at Yallourn Golf Club.

The course will be home to an annual charity four-person-ambrose day in support of Friedreich Ataxia, a crippling disease that robs people of their ability to walk, talk, see and hear properly, much less swing a nine-iron.

“I used to actually sponsor that (Queen’s Birthday) golf day, and then obviously it was pretty close to my heart with my brother-in-law’s condition – I’d seen a few other charity days and thought I might as well get one happening,” Whitehead said.

“It’s a good day, most people that play it… come back year after year… generally people get on board and enjoy it; you play golf for yourself (but) it’s good to play for other people.

“You get a vast variety of people, I know people that only play one event per year and that (the FA day) is it.”

Stipkovich, now 28, was diagnosed with FA at the age of 17 and has heart problems, scoliosis, and degeneration of nerves in his lower limbs causing limited mobility.

Despite his ailment he is a keen fisherman, four-wheel driver, quad biker and camper, and a great supporter of the golf fundraiser.

“He enjoys getting out and seeing that people really gel together and support something that’s obviously pretty dear to his heart,” Whitehead said.

Last year’s event raised about $7000 for the FA Research Association, and all money generated by the 2014 edition will go toward further research and a specialised clinic at Monash Medical Centre, Clayton, where Stipkovich is treated.

The golf day is a four-person-ambrose with competitions for handicap and non-handicap players.

The cost is $50 per team for an 11.30am start next Monday, and entries close on Wednesday.

To make a direct donation to the cause visit fara.org.au

For more information or to enter a team in the event, phone Yallourn Golf Club on 5133 9978, Tracey Borthwick on