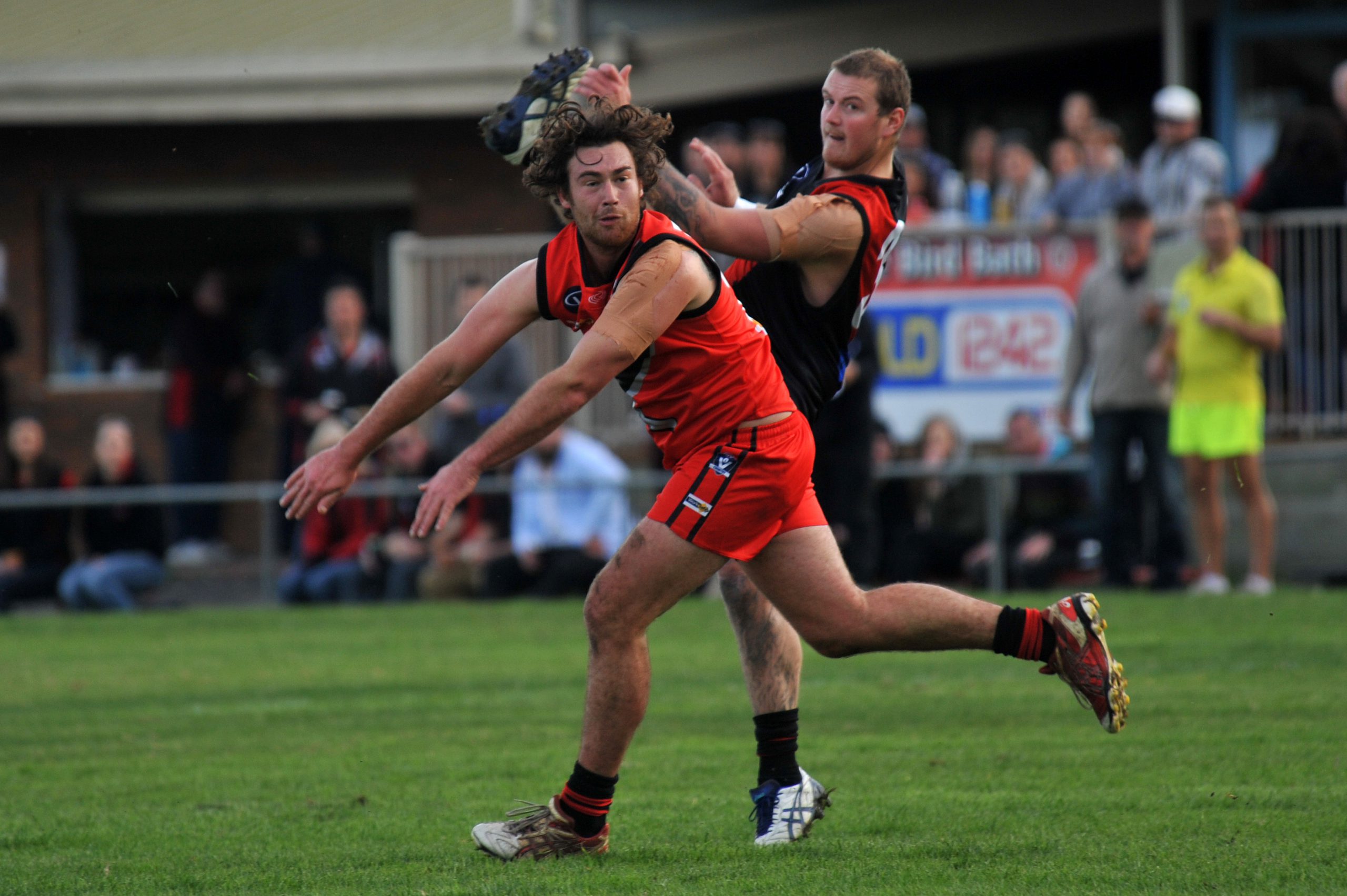 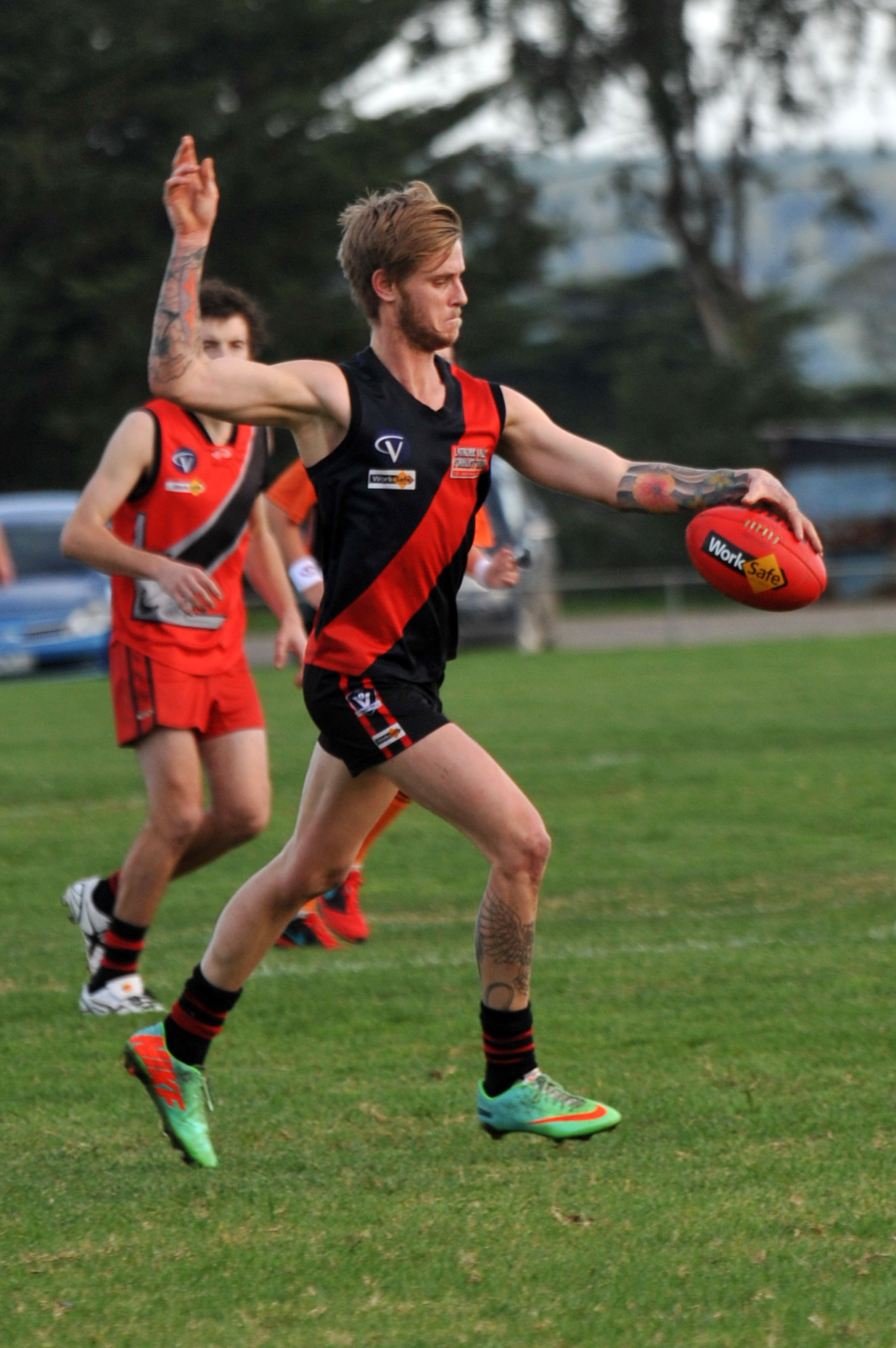 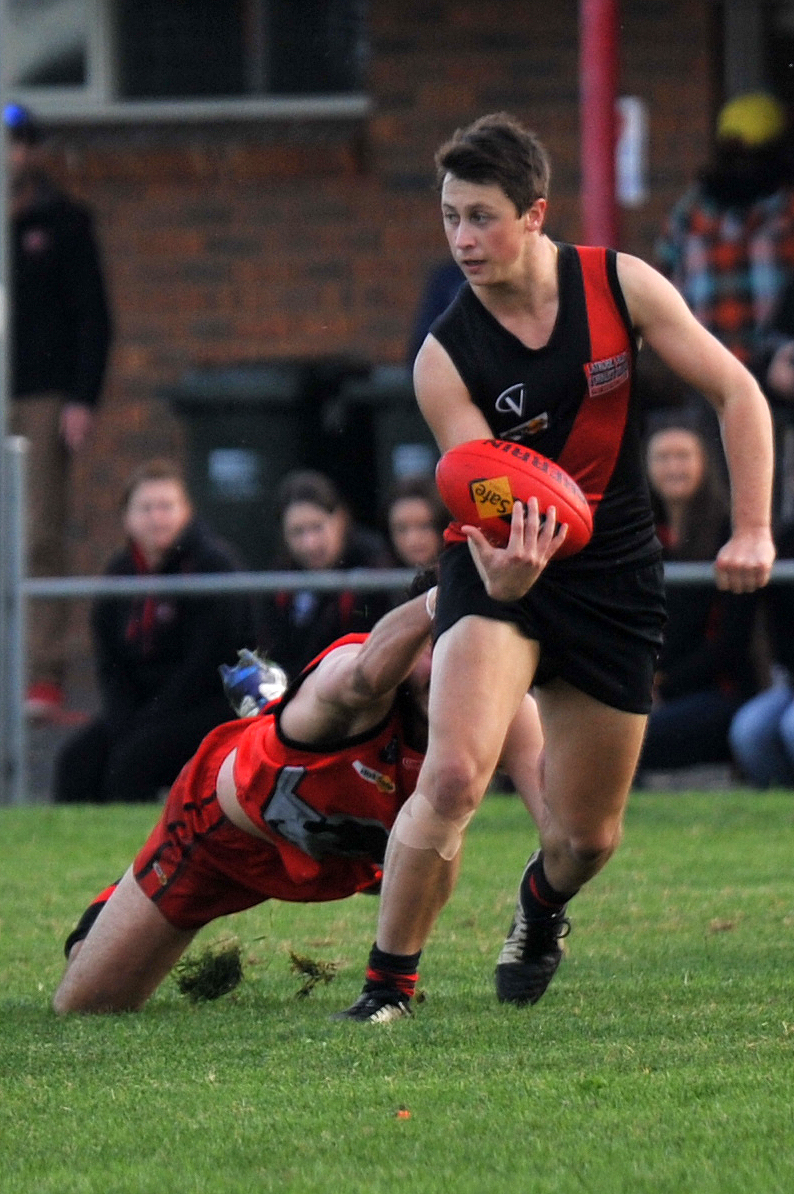 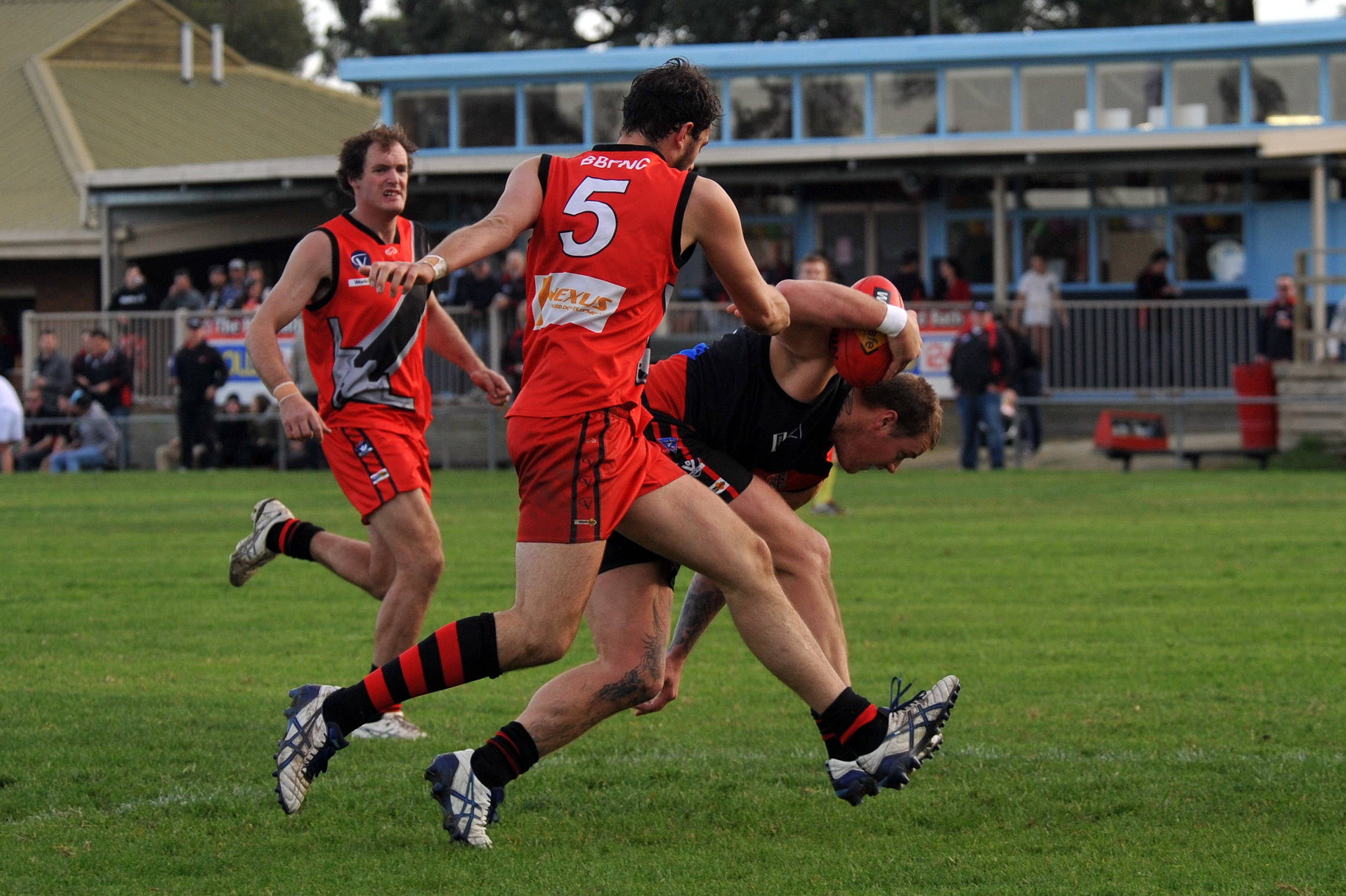 SIX goals from Cowwarr’s Shane Morgan, three of which came in a barnstorming final term barrage, was just one of a number of positives for the Saints who marked their second win on the run by a comprehensive 10 goal margin against rival Gormandale.

Running rampant, Cowwarr’s best on ground Pat Tainsh was among everything, Ben Coffey was a loyal servant, Shane Galea set up opportunities in the forward line, Luke Cooper and Cory Bannister directed traffic in the midfield and Lee Cooper led a strong backline.

There was plenty to like, however their inaccuracy in front of goal could have hampered their chances had the Saints not put the foot to the floor in the final term to run home big winners.

The Tigers started well; captain Luke Hegarty drilled the ball from the centre bounce to the leading Wayne Henry who slotted through his first of three in the opening minute of play.

From there the Tigers’ tails dropped and, while they were competitive in patches, including a strong third term which saw Henry boot a further two majors, it was mostly one way traffic with the Saints playing a harder hitting game on their home turf.

A fast pace was set early with a multitude of behinds in the opening term, 13 in total, attributable to the blistering run and attack in front of goals.

Leading by 17 points at the first change the Saints, through Simon Ferguson, Ben Plozza and Galea, looked to coast away in the second term but were hampered by not only their inaccuracy in front of goal but the Tigers’ run off half back.

Tigers Daniel Domaille and best on ground Jackson Beani were among the play, creating and setting up opportunities.

Equally Matt Sheridan when pushing forward mounted increased pressure on the Saints defenders as the Tigers worked hard to reel in the margin.

Trailing by over five goals at half-time, the Tigers’ lock down style of play in the third term contained the Saints but did little to eat into the deficit.

The final term belonged to Cowwarr; the Saints were unstoppable with three late term goals inflicting more pain on the scoreboard for the 10th placed Tigers. Cowwarr won 16.20 (116) to 7.14 (56), evening their season ledger at 4-4.

HEYFIELD’S eighth win of the season has extended the winning streak with the top of the table Roos’ now one game clear of nearest rivals Rosedale and Sale City.

Despite threatening to blow the game apart as they built a handy buffer at each change, it was far from one way traffic in the final term.

The Wildcats tested the resolve of the competition’s number one ranked side on more than one occasion, reeling a seven goal third quarter deficit back to 24 points at the final siren.

Heyfield looked the goods early and led by 16 points at the first change.

Slotting home six majors to four in the second term the visitors extended their lead by 29 points at the long break.

The premiership term was an arm wrestle as both sides struggled to find the goals and the contest was locked down.

Heyfield’s Matt Goodwin and Dave Kelly were prolific play makers as the Roos did enough to take a commanding seven goal break into the final change of ends.

Woodside dug deep, led by Justin Staley in front of goals, as the Wildcats came to life and booted six goals to three.

Heyfield’s Goodwin was judged best on ground, Kelly played one of his best matches for the season, while Brenton Dinsdale and Jack Woodland continued their solid form.

For the home side Andrew Kiely and Matt Scholz led from the front all day with Staley again causing headaches for opposition defenders to finish the match with five majors.

TRARALGON Tyers United recorded its second win of the season by accounting for namesake the Boisdale/Briagolong Bombers at home.

Falling short of the mark in round eight, TTU blitzed the opposition in a high scoring opening term which saw 12 goals kicked between the two sides, eight to the home team.

Boisdale/Briagolong’s challenge was mounted by best on ground Jon Burge and Danny Pratt, who booted three a piece, while it was a six goal haul from Jordon Anderson that led TTU’s charge in front of goal.

Boisdale continued to match TTU in the second half, however it was TTU’s quick start that held sway.

TTU’s Hayden Hector, Jake Power and Nic Rutter continued their impressive form of the past month, Brian Graham was at it again in front of goal, finishing the contest with three majors, while Marcus Pilgrim was consistent.

NEIGHBOURING clubs Rosedale and Sale City played for the Slattery-Burley Cup, named in honour of two of the club’s devoted members.

In the contest of second versus third the young pups got out of the blocks in quick fashion, leaving the Blues shell shocked.

The honours went to Rosedale in the second term.

The Blues regained composure to turn the tables to lead by a straight kick at half-time.

Rallied by best on ground Brandon McDonald and defender Frazar Brouns the Blues found their feet, with Andrew Flanagan standing tall in the forward line to add six to his season tally of 46.

Flanagan was equally matched by McDonald and Brad Scott who made the most of their opportunities.

Booting five goals to two after the long change, the Blues extended the margin out to 21 points.

CHURCHILL is riding high after claiming the honours in a one sided contest for fourth position on the premiership ladder standings, boosting its differential by some 14 per cent in the process.

The eagerly anticipated match between Yarram and Churchill failed to live up to expectations as the Demons were rail roaded from the opening bounce.

Booting seven goals to one the visitors were ruthless.

Led by coach Allan Chandler, who was judged best on field, the Cougars built their ascendency to own the contest.

The second half resembled a training drill at times with Churchill slamming home 17 majors to four.