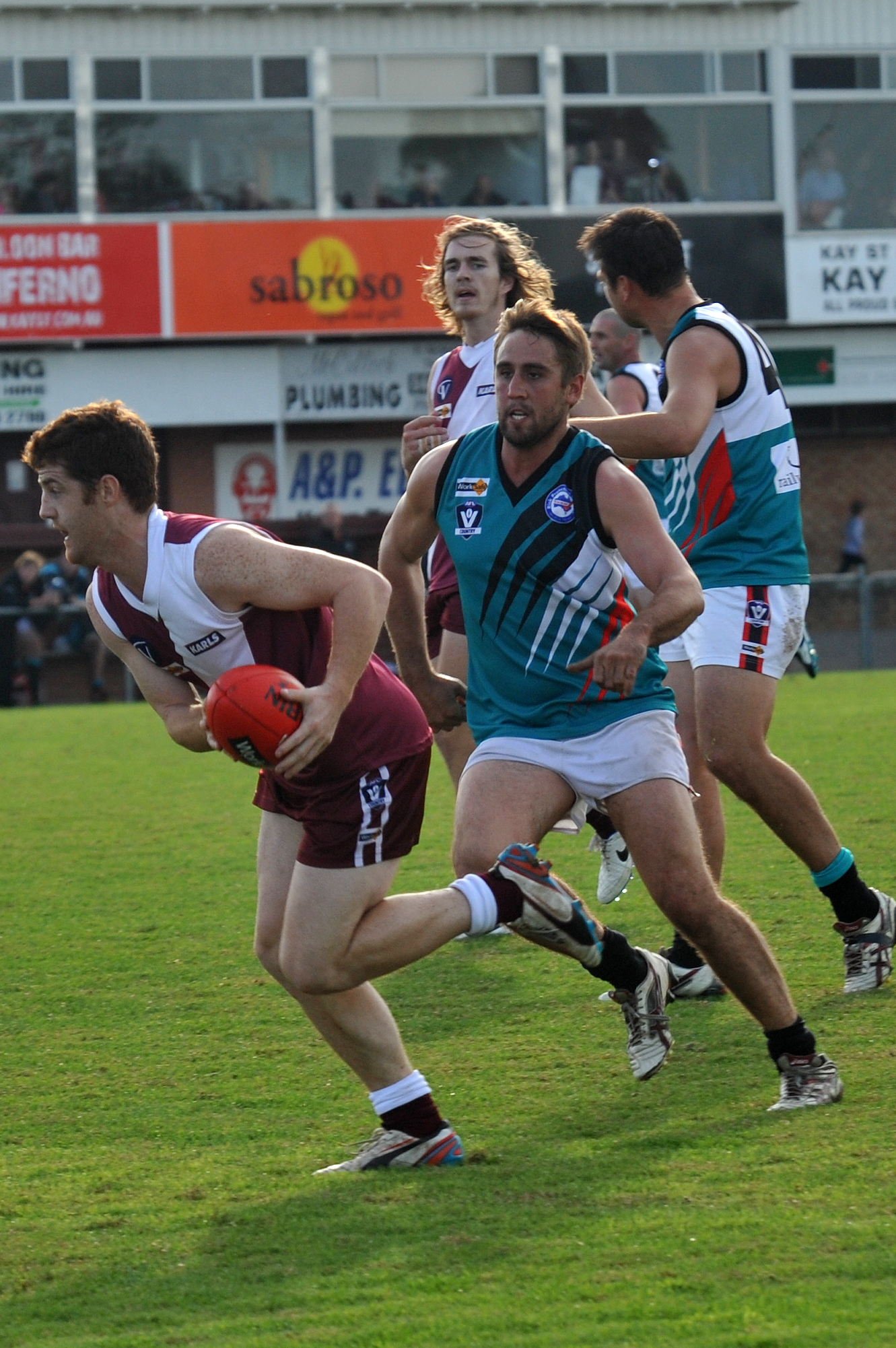 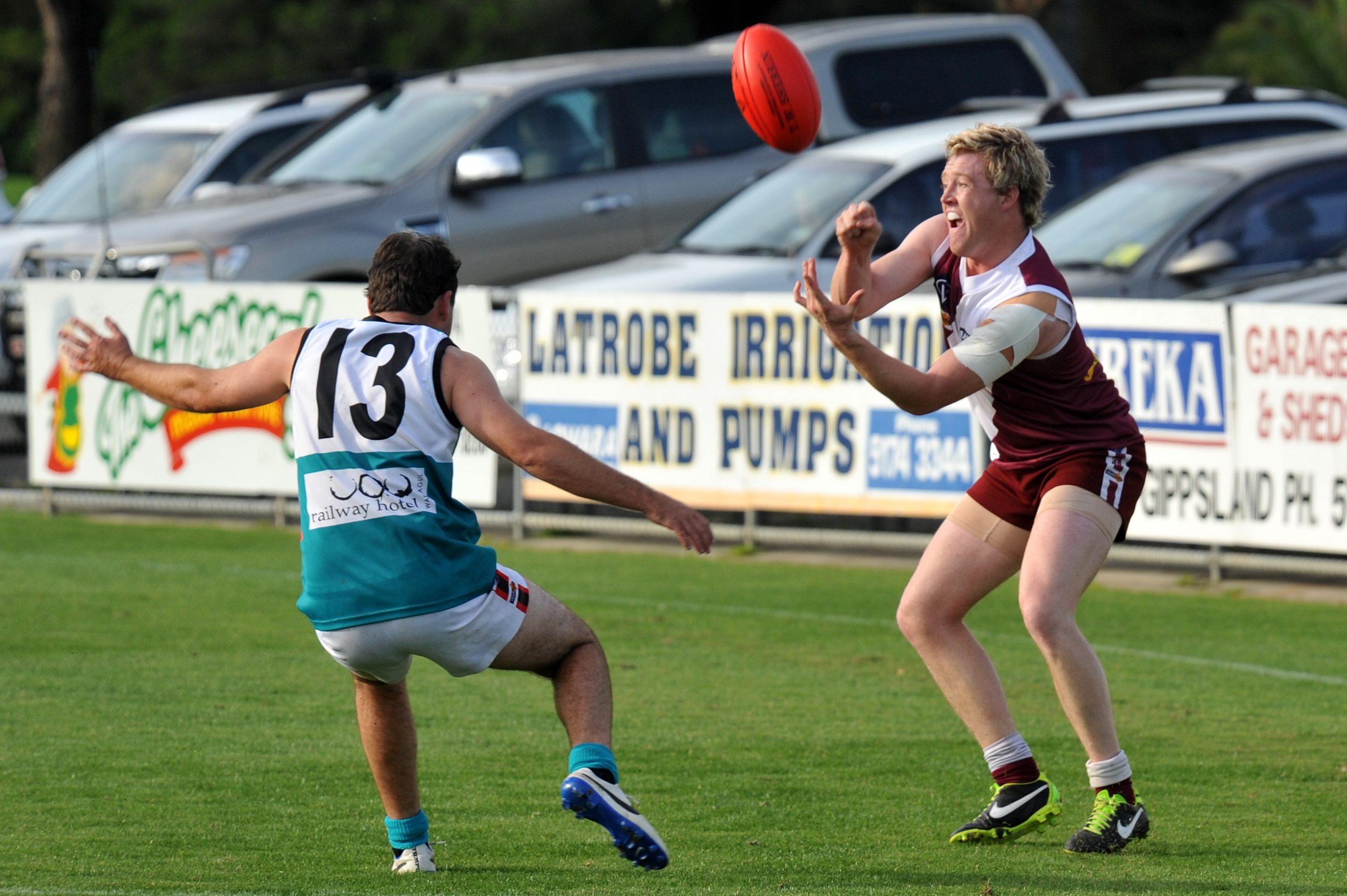 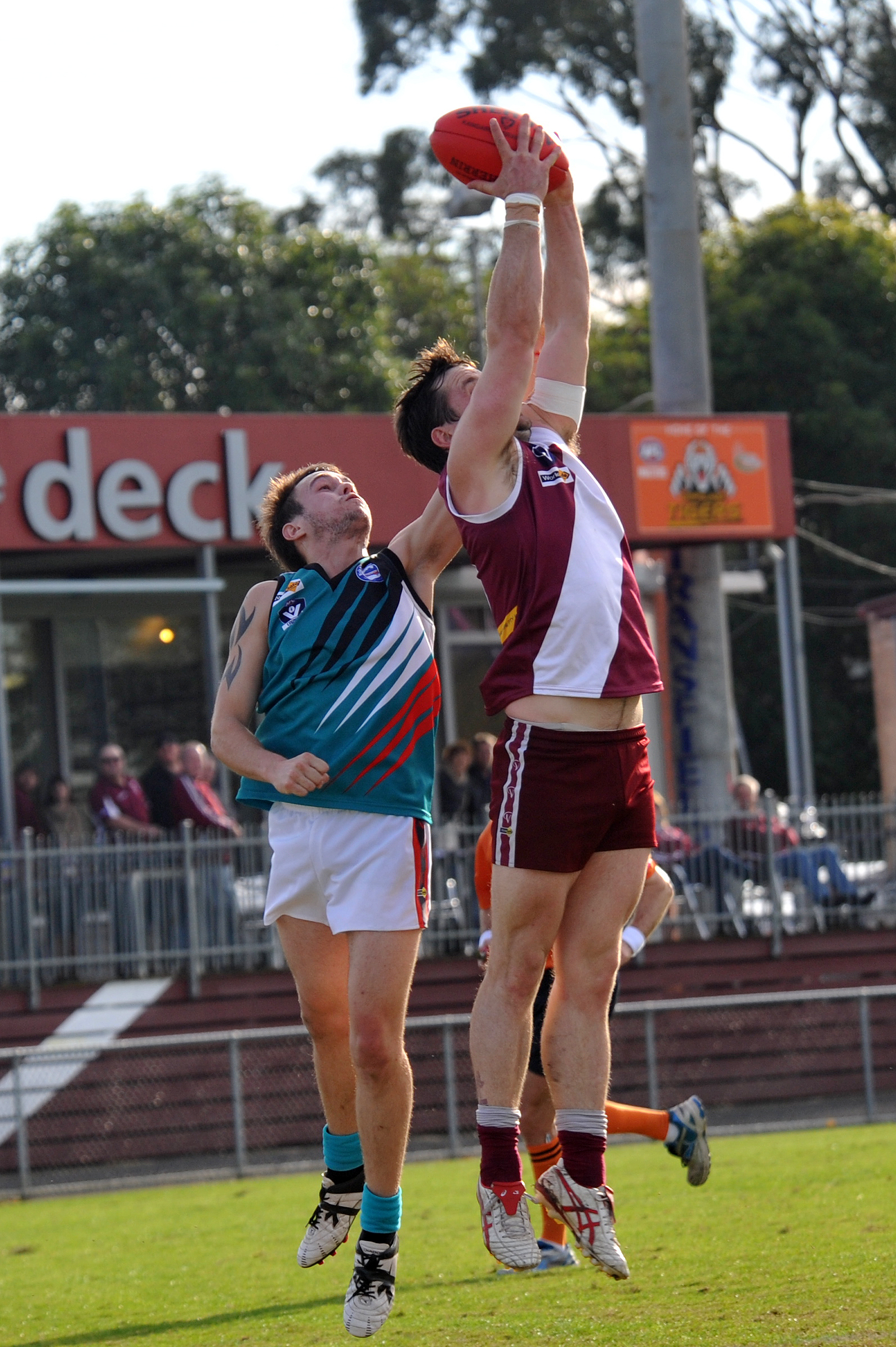 MOE returned to the winners’ circle with a 72-point victory over Drouin.

“It’s good for the boys to have another win. Drouin is battling a bit, we didn’t play as well as I wanted us to, but there were some good signs,” coach Adrian Burgiel said.

The Lions leader was relieved his side posted its second win for the year, but said there was plenty of work still to be done.

“We still turned the ball over too much, but the boys battled hard.”

There was just a point in it after a closely contested first term.

However the Lions were able to kick away in the second.

The visitor booted five goals to Drouin’s two, to lead by 23-points at half-time.

The Lions went on to win by 72 points thanks to a nine-goal-to-three second half.

Talented 18 year-old Charlie Rieniets finished with a bag of five goals for Moe.

DESPITE a strong start against Leongatha, Morwell coach Harmit Singh said the reigning premier will need to be far better if it wants to beat the likes of Sale, Maffra, Traralgon, and Wonthaggi.

“If we play like that we won’t be good enough,” Singh said.

The premiership coach’s post match message to the group was clear.

“I reiterated how important it is for us to do the fundamental things in a game better and how if you lose concentration you can become exposed. It’s something for us to work on; generally we have been a side which is capable of doing that for long periods of time,” Singh said.

The Tigers began brightly with an eight-goal-to-three opening term to take a 31-point lead into the first change.

The visitor appeared to be doing it easy in the first, however Morwell was stopped in its tracks in the second, during which it was kept goalless.

“Our first quarter was excellent but in the second quarter we went away from what got us into that position,” Singh said.

“It was very disappointing not to play the whole game out, it was the fundamental mistakes that cost us.”

Morwell steadied and was able to fight off a Leongatha comeback, winning out by 13 points.

“Leongatha played some good footy and they were able to get themselves back into the game… they’ve gone close to winning many of their games. They are very competitive and they are a lot better side than what the ladder suggests,” Singh said.

“In past we would have lost that sort of game… our backs did reasonably well against some really good opponents.”

Dean MacDonald and Ashleigh Close booted three each for the Tigers, while Marc Truscio was Leongatha’s highest goal scorer with four.

DISAPPOINTED by its round six thumping at the hands of Maffra, Traralgon returned home and to form with a 171-point thrashing of Warragul.

Booting seven goals-three in a dominant opening term performance, the Maroons were on the war path from the outset and led by 44-points at quarter-time.

By half-time that lead was out to 85 and its opponent was still without a major.

The trend continued in the third; Traralgon managed another six majors to lead the still goalless Gulls by 125 at the last change.

The Maroons slammed on nine majors in the fourth, which also saw Warragul kick its only two goals of the game.

Lee Stockdale and Jackson Hall booted four each for Traralgon, which had 13 individual and eight multiple goal scorers.

A BEST on ground performance from forward James Gibbs helped Bairnsdale to a come from behind win over Wonthaggi.

Embarking on the biggest trip in the competition, the Redlegs travelled from East Gippsland to the Bass Coast to take on the Power.

The visitor led by three points at half-time but trailed a less accurate Wonthaggi by 11-points at the last change.

The East Gippslanders slammed on three goals to the Power’s one in the last to sneak home by four points.

Gibbs was the star with five majors while Sam Pickett booted four.

THE opening term of the first Battle of the Birds for 2014 lived up to all expectations.

There was just seven points in it at quarter-time.

It was last year’s runner up Sale that had the advantage, and would continue to have the upper hand throughout.

The Magpies extended the lead to 20 points by half-time.

Rain made it difficult for both sides in the second half, however Sale was able to hold on to beat a Maffra side plagued by turnovers by 23-points.

Ryan Pendlebury was named best on ground for Sale in a match which saw John Gooch boot five majors.