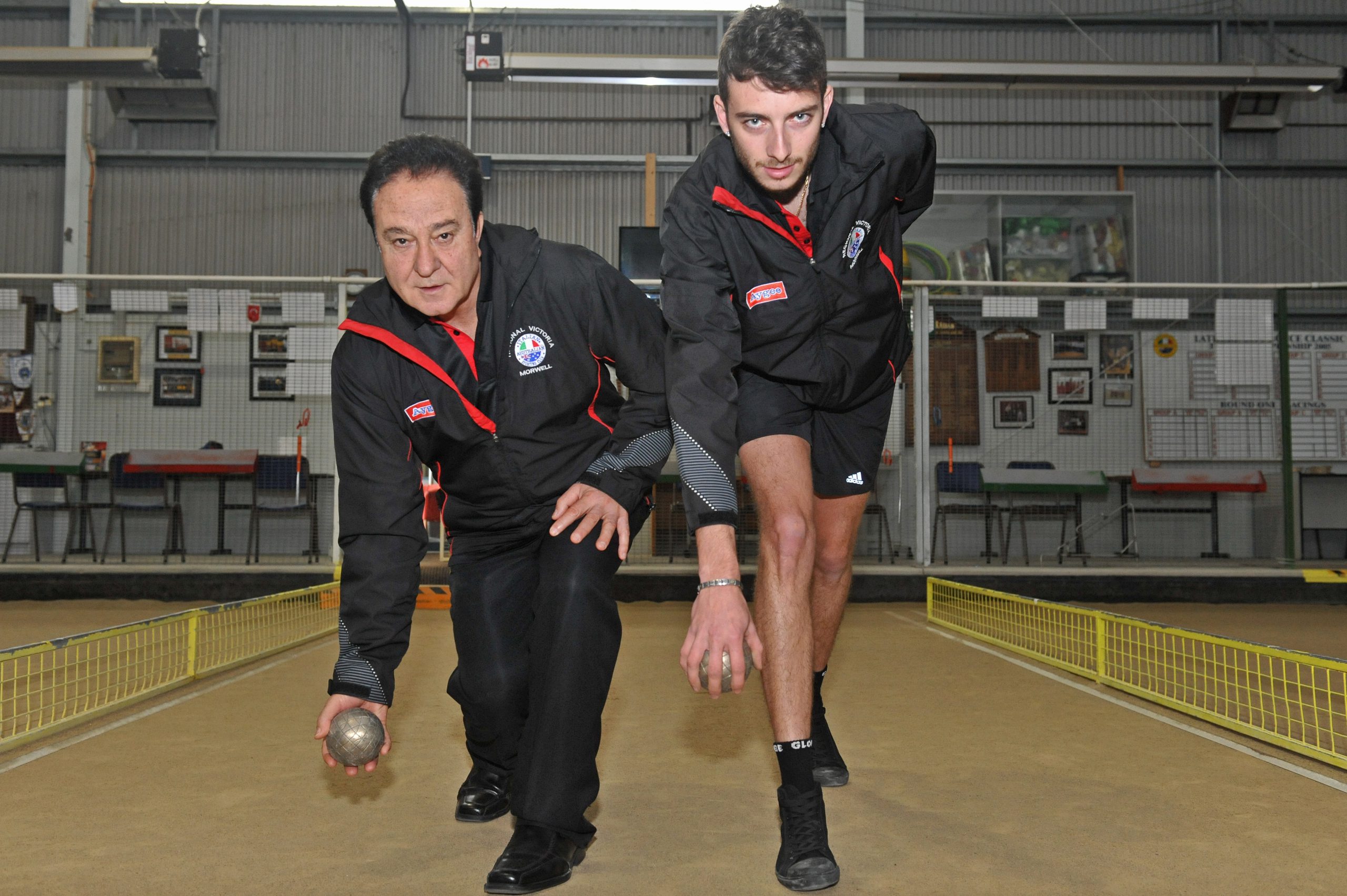 The youth and experience formula paid dividends for the duo, competing together for the first time, as they took out the men’s doubles division.

“Last year was our turn, this year was their turn,” women’s team member and club spokeswoman Maria Maselli said.

“That’s actually the first time the men had taken out a doubles championship, so we were very pleased.

The pair won through six matches in a first to 13 format to lift the trophy.

Finnochiaro has more than 30 years experience, while his partner Cooper has been playing for about a decade since coming through the junior program.

The women’s doubles and triples teams reached the semi-final phase of their respective events, but were eliminated.

Diane Penney was the best of the women, finishing runner up in the precision throw category.

“It was a successful meet, we always expect a little better of course, the ladies were hoping to do a little bit better, but it was definitely the most success the men have had at the nationals,” Maselli said.

Next year’s nationals will be held in Victoria.