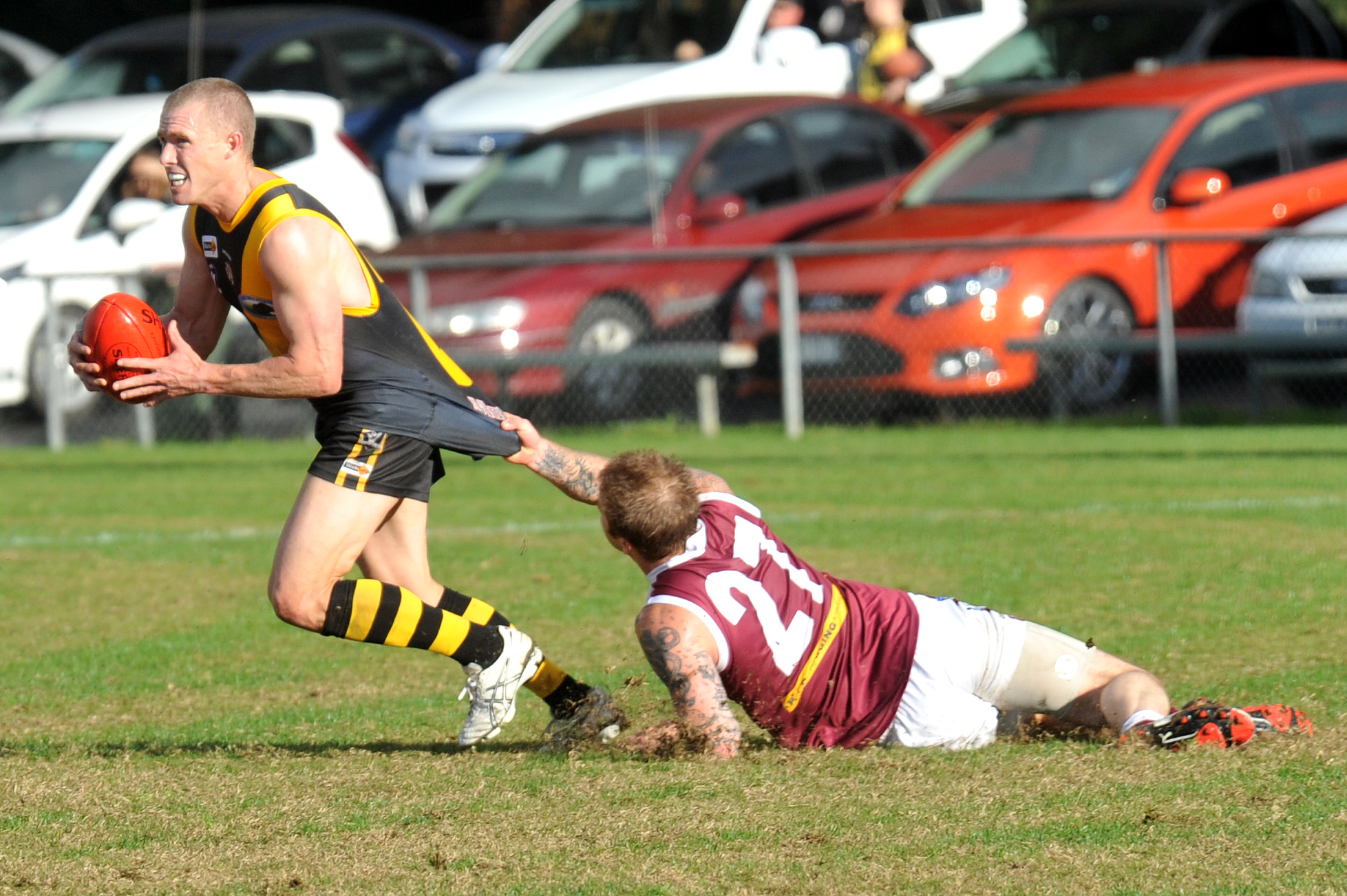 MORWELL made it eight-in-a-row for the second consecutive season, disposing of Traralgon by 65-points on Monday.

The reigning premier got out to a good start and never looked back, exacting the bulk of the damage in a six goal to none third quarter.

“It was a big game we played in front of a big crowd,” Morwell coach Harmit Singh said.

“It was pretty tight early, we were able to perform quite well in the third which put the game in our favour, but the intensity sort of dropped off in the last.

“It was very pleasing to win by that margin. We were really happy with the contribution of all 22.”

Morwell’s biggest test, however, will come this Saturday when it travels to Sale for the grand final re-match.

“It is a big challenge. We know Sale has been really, really strong at home,” Singh said.

“Sides just haven’t been able to get the points up there, but we look forward to the challenge and it is a good opportunity for us.”

Its the second year in a row the Magpies and the Tigers have met in a mid-year blockbuster between the competition’s top two teams.

In round nine last year Sale stamped its authority with a 34-point win, and went on to beat Morwell by 20 goals in round 18.

However Saturday will mark the first time the two sides have met since the Tigers produced the biggest grand final upset since Traralgon broke Maffra’s 45 game winning streak in the 2005 decider, to beat the highly fancied flag favourite by 81 points.

“We were soundly beaten in round 18 last year, but in terms of playing our best we are able to play some really good footy across our group and if we play well the guys are certainly up to it,” Singh said.

Last year’s runner up will be looking for revenge.

“We would like to put up a bit more of a fight than last time we played Morwell. We haven’t lost at Sale for some 25 games so we would like to keep that going.

“We have improved the past two games, we probably used to be a bit one dimensional up forward but now we are getting a wide spread of goal kickers.”

Tom Hams is likely to be available for Sale however Luke Collins and Ryan Pendlebury are expected to be tied up with VFL duties.

TRARALGON’S spot in the Gippsland League’s top five is under threat.

The Maroons have a tough three weeks ahead with must win matches against Sale and Wonthaggi, to follow this weekend’s clash with Leongatha.

With wins over Warragul and Droiuin and a narrow 13-point loss to Morwell, Leongatha is fresh from a good month on the track.

MOE will return home for a second consecutive week when it hosts Bairnsdale.

The Redlegs have won five of six clashes with the Lions since their 2011 return to the competition.

Four of those five have been by margins of fewer than 26 points, including both encounters last year which saw Bairnsdale win by 13 and 24 points respectively.

MAFFRA will be vying for its first win in three weeks when it travels to Drouin to take on the Hawks.

A loss would be the Eagles’ first three-in-a-row losing streak since 2000.

However the visitor will take plenty of confidence into the clash with the Hawks who are undergoing a redevelopment phase.

LAST week Wonthaggi upset Maffra at home to sneak back into the top five and this weekend looks set for an easier assignment against Warragul.

However the Power will need to be more accurate than they were last week, which saw them kick eight straight behinds in the third term to produce a score of eight goals 20 in an unlikely win over Maffra.

It came after an agonising four point loss to Bairnsdale the week before, during which Wonthaggi kicked nine goals 16.