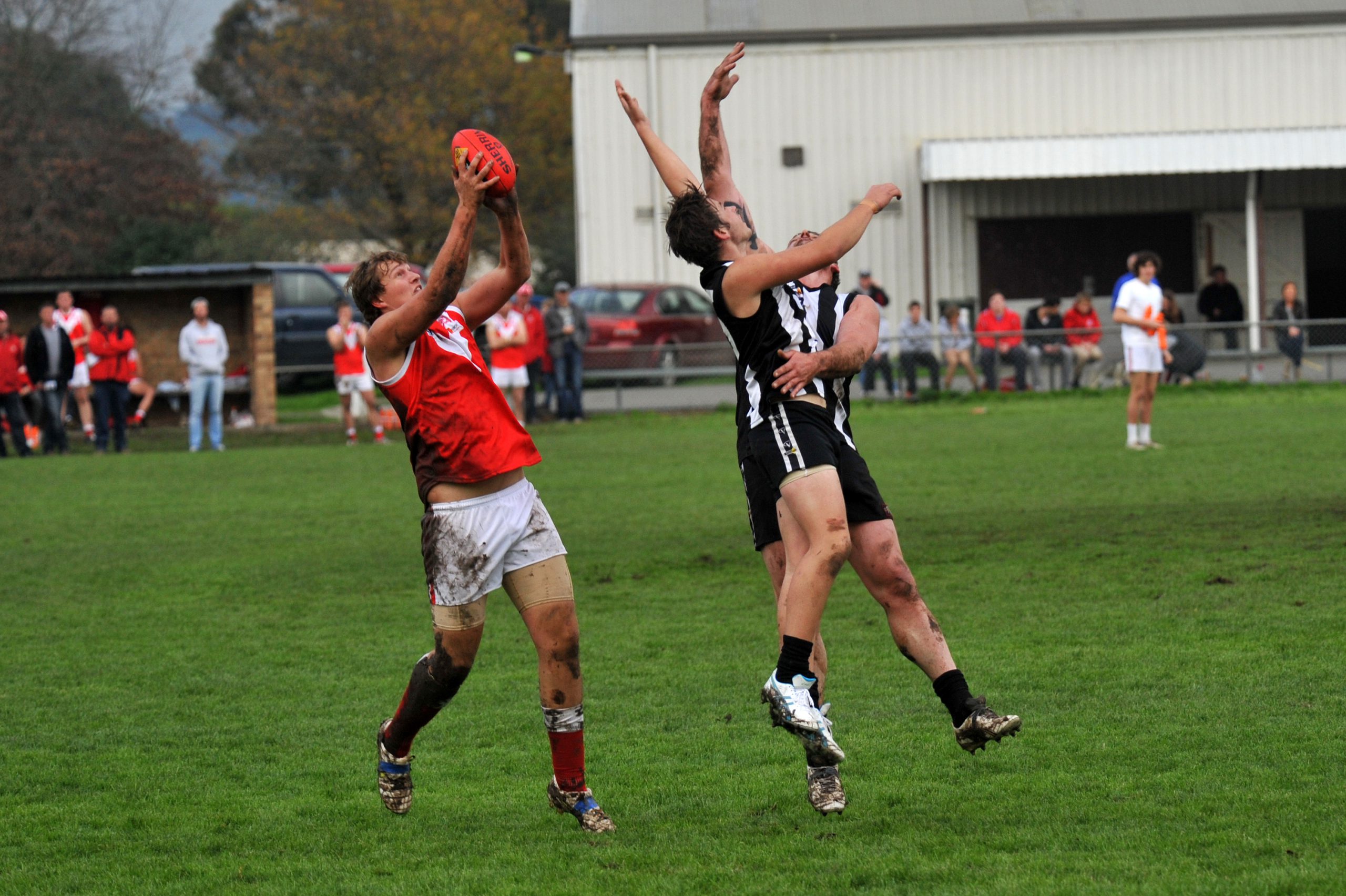 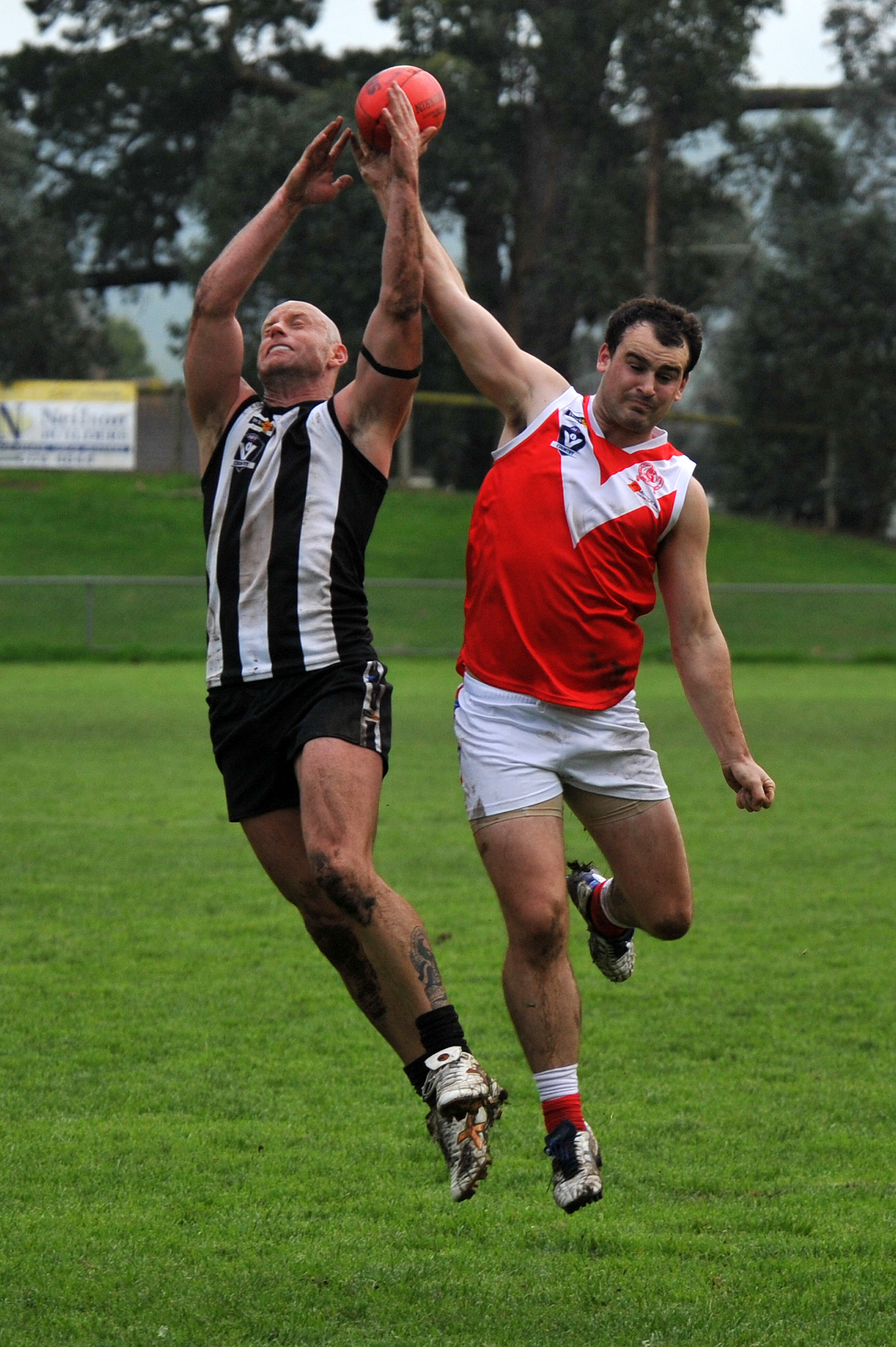 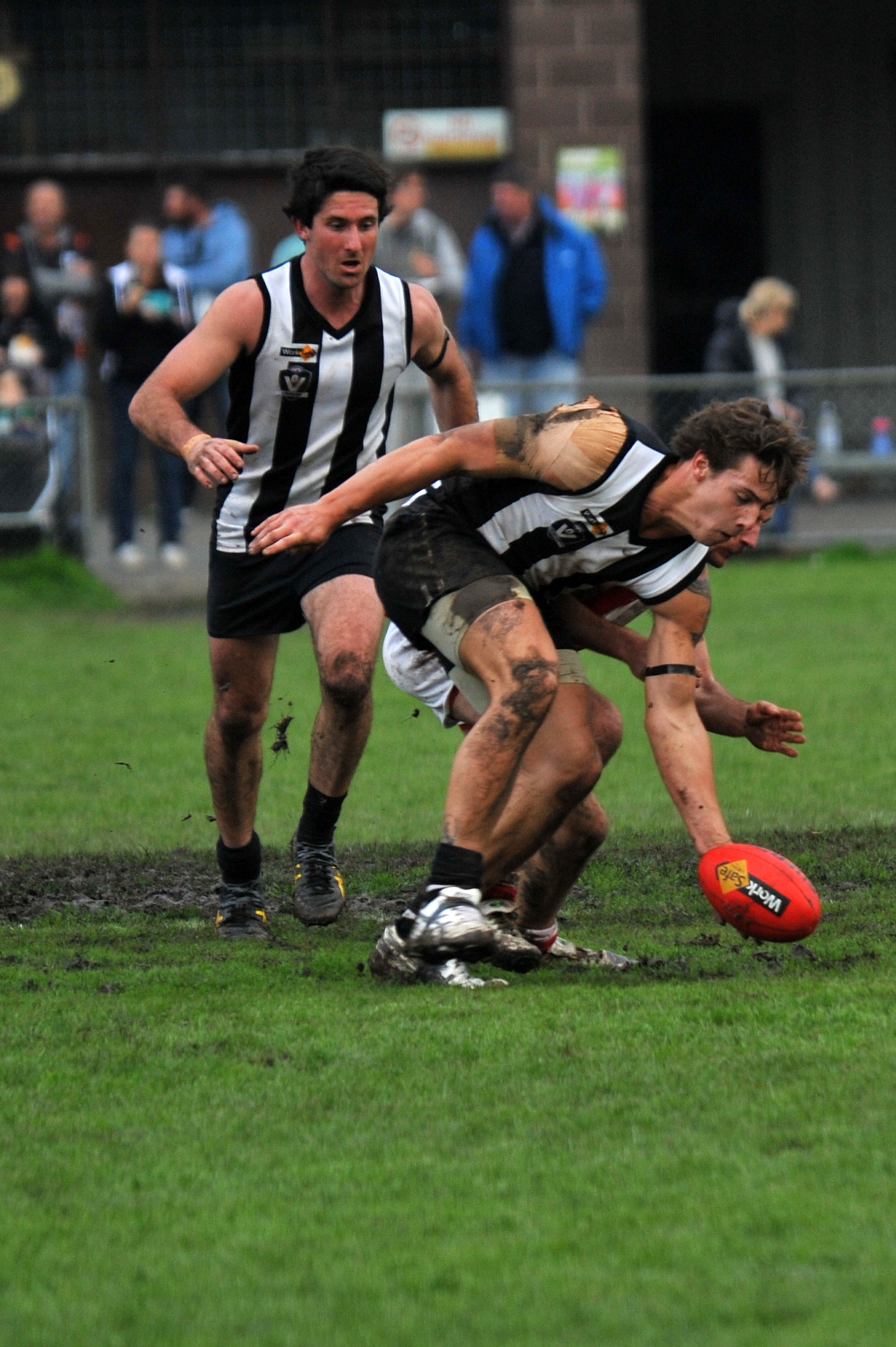 YARRAM conjured an epic three point victory over reigning premier Glengarry on Saturday, in a North Gippsland contest for the ages.

With scores locked at 48 points apiece at half-time, little separated the sides throughout the contest.

Glengarry skipped away to an early two goal lead before the Demons booted four goals to two in the second term to deadlock scores at the long change.

The visiting Demons kept their foot on the pedal in the premiership term to lead by nine points at the final break.

Going blow for blow in the final 25 minutes, Ben Truin and Josh King were the go-to men in front of goal for the Magpies, while Brady Davis lit up the forward line for the Demons.

The Magpies kept within arm’s reach of the visitors as they came home strong, however the Demons’ third term lead was enough of a buffer to hang on by three points, 14.11 (95) to 14.8 (92)

The win marks Yarram’s first victory on the road in their debut NGFNL season.

COWWARR marked its fifth win of the season in style with an emphatic eight-goal victory over the Bombers.

Keeping their finals pulse beating, the Saints were sublime in a 51 point victory to ensure they remain in contention with the leading quartet come the pointy end of the season.

Led by Simon Ferguson and Brett Street, the speedy Saints midfield ran rampant after what was a tight opening term.

Starting strong, Boisdale/Briagolong was not intimidated by its higher ranked opponent, and led by best on ground Kyle Ashton kept with the home side in the opening term to trail by two points at the first break.

The momentum swung the way of the home side in the second as the Saints peppered away at the scoreboard.

They were two of eight individual goal scorers who troubled the Bombers’ defence in the second half, kicking eight goals to three.

It was the visitor’s goalless third quarter that proved costly.

The Bombers matched the Saints on the scoreboard in the final term, with Luke Conway the pick of the goal scorers booting two.

GORMANDALE travelled to Heyfield to take on the undefeated ladder leader in search of one of the biggest upsets of the season.

In a low scoring opening term, played in dry conditions, the Tigers held the Kangaroos at bay, however could not sustain it for longer than a quarter.

The match was evenly placed at the first change, both sides’ desperation at the ball was evident with the Kangaroos taking a two point lead at the break.

The home side chipped away on the scoreboard in the second term, but it was not until they put their foot down in the second half that the floodgates opened.

Heyfield forward Jesse Jackway was the main figure in front of goals, setting the impetus for victory with an individual haul of six majors.

Daniel Stevens added four to his handy season tally while Daniel Stubbe, Joel Dinsdale, Jesse Bedggood and Kodie Woodland made the most of their opportunities with three apiece.

Jackway was a more than just a valuable contributor in front of goals for the home side, Josh Stubbe and ball magnet Jack Woodland worked tirelessly around the ground while the presence of defender Brenton Dinsdale also benefited the Kangaroos.

Boasting 15 scoring shots to three in the final term, the Kangaroos’ key forwards squandered opportunities; their wayward kicking restricted a far greater blow out. For the visitors Toby Bye led from the front in a best on ground performance.

VICTORY in round 11 over Traralgon Tyers United held special significance for Churchill.

Williams died suddenly on 1 January 2011, suffering cardiac arrest at the age of 35.

Having worn the number 13 guernsey over his career, Williams’ son Chris wore the same jumper with pride in a contest which saw the Cougars blitz the opposition.

Despite a depleted TTU line-up the opening bounce still provided some appetising matchups.

The opening minutes promised plenty; Travis Brighton was quick to register Churchill’s opener in under a minute, but the Bombers quickly responded through Tyler Mustoe.

Drawing level on two goals apiece, the Cougars slowly took command of the contest, leading by 10 points at the 16 minute mark of the opening term before Brad Knowles added another to his match tally of five.

The Bombers had their chances to reel in the 16 point quarter-time deficit, but poor execution into the forward line hampered them.

It was costly mistakes that hindered the Bombers; Churchill’s Nic Celima pounced on a wayward kick in to get the Cougars off the mark in the second term.

It would be the first of five majors for the quarter which buried the contest.

Churchill was sleek when pushing forward, Knowles backed himself as he ran into goal from the pocket, followed by Williams who shrugged the tackle and bolted towards goal to score from outside 40 metres.

With the margin quickly blowing out, Matt Albanese settled the Bombers with their first in over a term of footy.

It was followed by a major to coach Matt Stolarczyk who had no issue with the distance following a 50 metre penalty.

The second half was all one way traffic. The Cougars added a further 10 majors to record their third win on the run and strengthened their hold on fourth position.

Jarrod Broadbent claimed the votes in a standout performance, Brighton was the impetus in the engine room while Jordon Fenech was handy.

Williams honoured his father David’s memory with a steely resolve and performance which saw him named among the side’s best, while Knowles provided more than a headache for the opposition defenders.