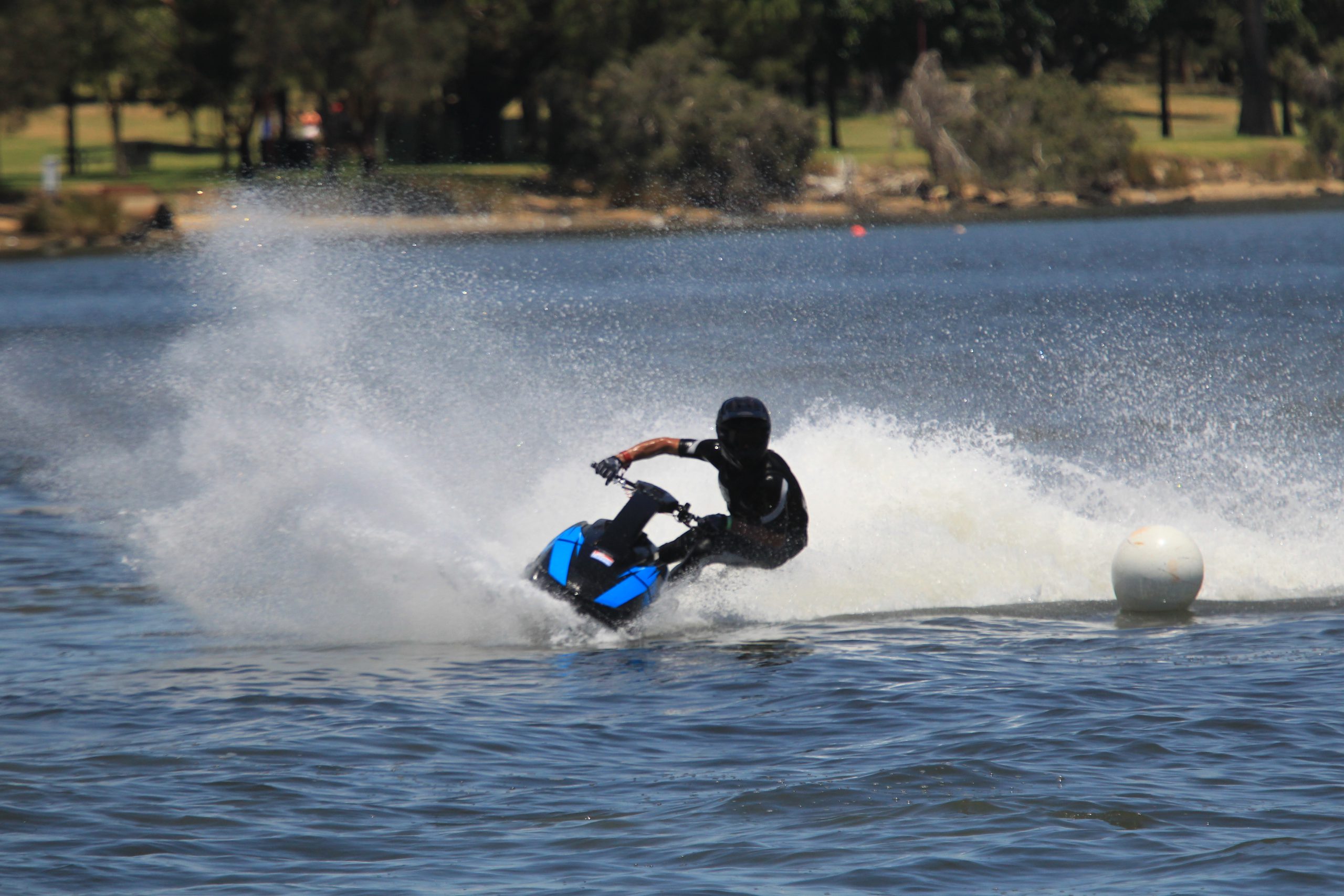 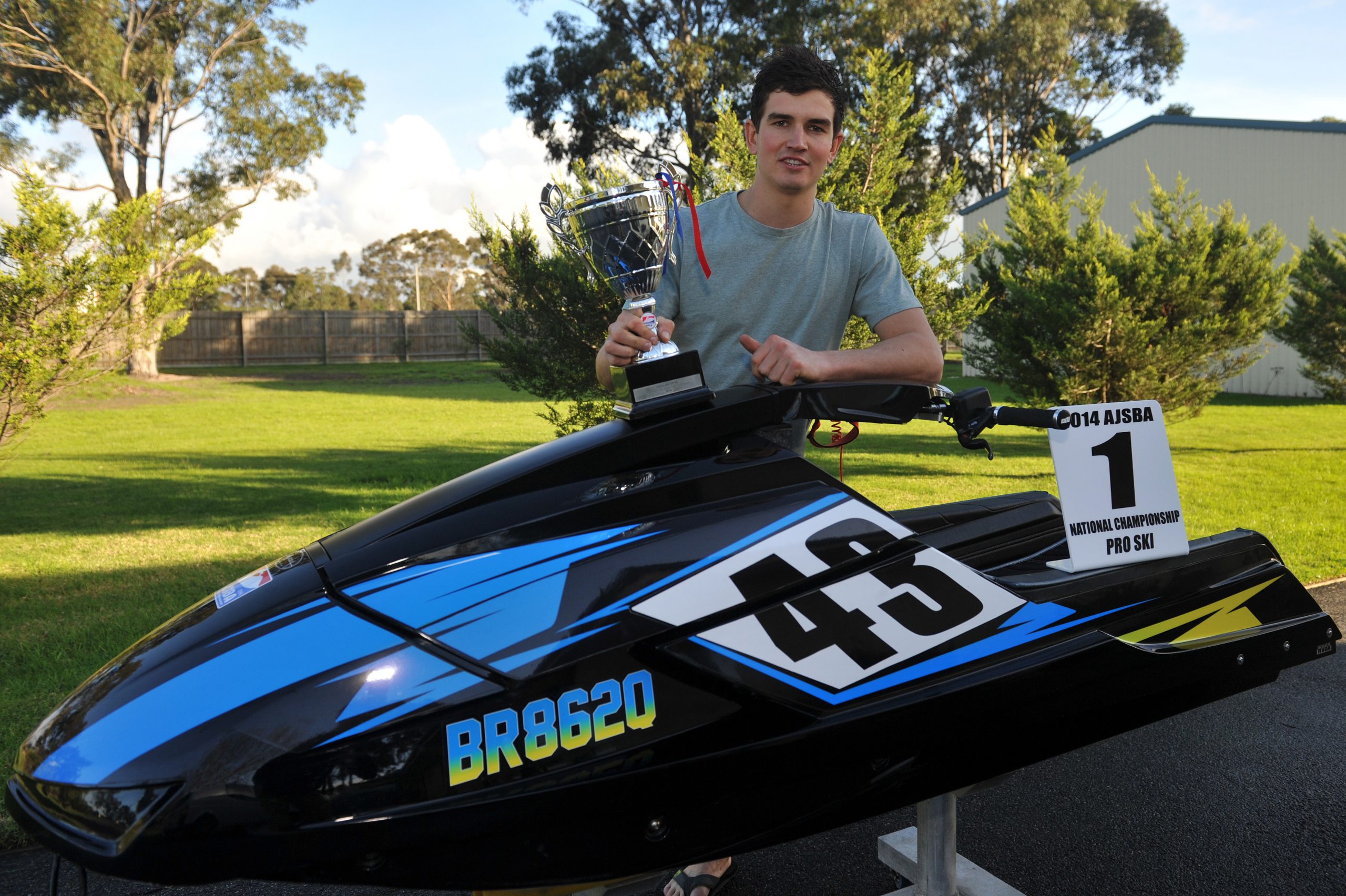 The Traralgon watersport wonder took out the premier GP ski class after four rounds of the Australian championships, with a return of three wins and a second place throughout the series.

Needing only to stay afloat through the final round to claim the title, Barry said his dominance was unexpected following an extended hiatus from the sport.

“We didn’t know where we were going to be standing, it was our first major race back… I wasn’t expecting to be as competitive as we were,” Barry said.

Described by Barry as akin to a “motocross race on water”, jetskiiers race simultaneously from buoy to buoy in a free for all, first past the post format.

After winning all but one race through round one in Perth, Barry locked horns with Australian title holder Jake Barker throughout the rest of the series before coming away with the coveted title.

“I was pretty happy with it – coming back, it was our goal to win the Australian championships, but our main goal was to go to America and win the world title over there,” Barry said.

The 20 year-old first straddled a ski-aged “four or five”, chasing the wake of his father – a former Australian champion.

“It was never intended that we were going to race; our family likes to keep busy more than anything,” Barry said.

But compete he did, and before long achieved a world number two junior ranking in the United States in 2007.

However, the promising start to Barry’s career quickly dried up.

A planned return to the states the following year was derailed by a broken leg, sustained playing junior football for TEDAS.

The distinct lack of competition in the Australian junior ranks and small national scene, discouraging of juniors entering open age events, then led Barry to give up jetski in favour of motocross.

However, breaks to both arms at once sustained in a motocross crash saw Barry return to his first passion last year, citing “water’s a lot softer than dirt”.

“I thought going to motocross was going to be easier than it was coming from jetski racing and having success in that, but it wasn’t to be,” he said.

Barry agreed to ride a friend’s ski in the one off Australian surf titles, an event he won with no preparation, reigniting his passion.

Now with plans to tackle the world championships in America this October, Barry is hopeful of another surprise triumph.

“I see myself as being competitive, but last time I went it’s all the little things (you need to) get used to over there – different food, different lifestyle,” he said.

“It sounds silly really, but it’s all the little things you’re comfortable at home with, it’s hard to get comfortable over there.”