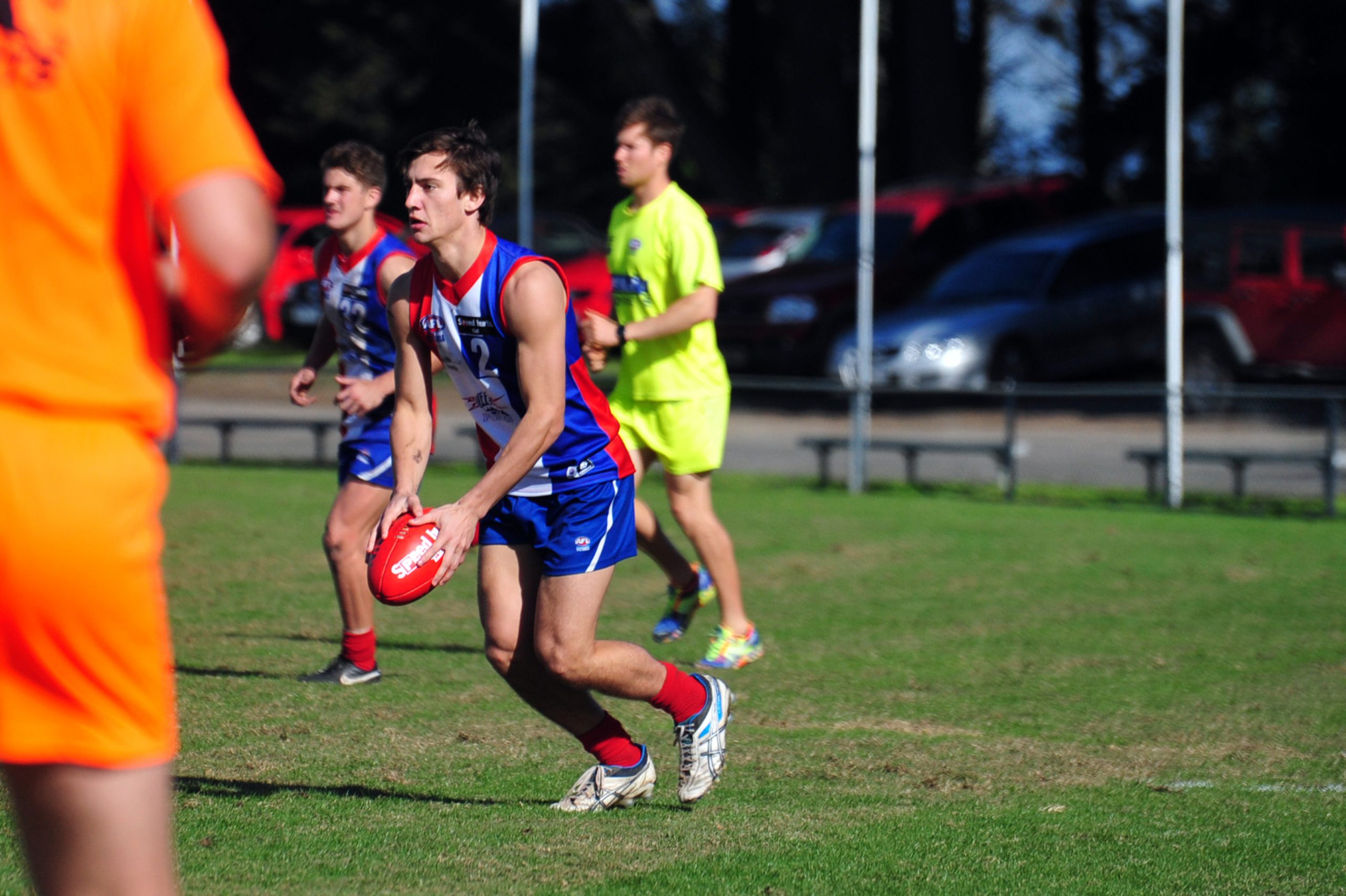 The Stingrays looked likely to blow the game open several times, but the Power responded to the challenge and stayed within reach of an unlikely victory.

Both sides went into the game without several key players due to state football commitments or long term injury.

The Power was without Jordan Cunico, Josh Dunkley, Lukas Webb and Sam Skinner, on duty in Western Australia, while Liam Nash and Brad Williams were on the injured list.

On a positive note, Christian Bukyx-Smith and Dylan Proctor will soon return to the team from injury.

With the absentees, coach Leigh Brown and his selectors opted to give Corey Stockdale his first TAC Cup game for his hardness and pace.

The match opened well for the Power as some renowned forward pressure resulted in Nash Holmes setting up Connor Ambler for the opening goal.

Some good ball use saw Holmes and Thomas Wilson combine to allow Ash Di Ciero to kick the side’s second.

Typically, the Stingrays hit back hard from the resultant centre bounce.

After being provider for the first two goals, Holmes did it all himself with a clever snap.

Late in the quarter the Power was seemingly in control but the Stingrays had other ideas.

They scored four unanswered goals before the first change through clinical finishing to lead by 11, in stark contrast to a more wasteful Power.

The Stingrays continued in the second, scoring the first major after a free kick and 50 metre penalty, before Alex Carr set up Tom Papley as the Power came again.

They stemmed the Stingrays’ goal scoring but were unable to apply scoreboard pressure.

Again, late in the term the Stingrays scored three relatively soft goals and went into the long break 31 points up.

The Power intensified their attack on the ball after the change and Brad Olsson scored a cracking goal.

Just when it looked like getting back into the match, some indecisive Power defence gifted the Stingrays two telling goals and control of the initiative.

Tough Power on-baller Holmes took it on himself to win a hard ball, then broke several tackles and scored a brilliant running goal.

However, the Stingrays hit back after more soft defence and seemingly snuffed out the last remnants of Power resistance.

They went to the last change 35 points up and again looked likely to run away in the last term.

Despite the deficit, Ben Dessent used great skill and vision to win a contested ball then set up Aloysio Ferreira for a running goal.

Halfway through the term the Stingrays broke the stalemate before Corey Stockdale and Jack Hammond combined well to allow Papley to score a long goal.

As if on cue, the Stingrays responded but Papley replied with a long bomb from the resultant free kick.

From the following centre bounce, Holmes was again the provider for Darnell Grech to score.

By the final siren, the margin was 25 points in the Stingrays favour.

The Power next takes on the Bendigo Pioneers at Preston.