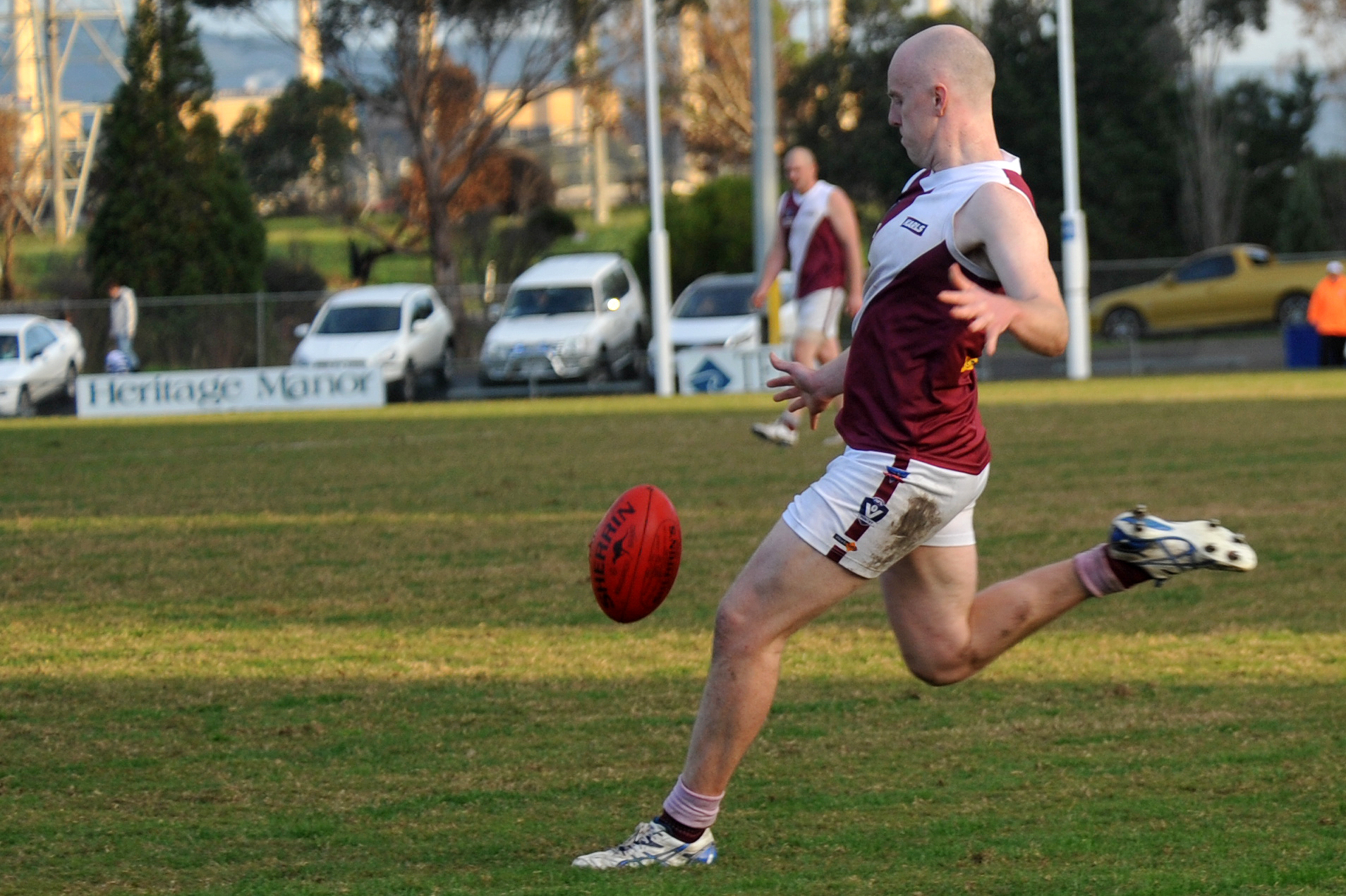 TRARALGON is out to banish the memories of round six and keep its finals hopes alive, when it hosts Maffra at Traralgon Recreation Reserve on Saturday.

Traralgon coach Paul McCulloch hoped to see a better showing from his side this time.

”We feel we’ve improved since then and it’s one of those games you want to forget,” McCulloch said.

”As much as their forwards kicked goals it was their centre line and half-backs that really hurt us.

”Maffra have a couple of tough games coming up, so it’s an important game for them as well.”

The Maroons have won three on the bounce and with fifth-placed Bairnsdale losing to Sale in the first half of the split round 15 last week, they have the chance to close the gap to two points.

Matt Northe is expected to return to VFL duties with Box Hill, while Lee Stockdale is in doubt with cricket commitments.

McCulloch said the week off came at a good time for his seniors to freshen up, but with Drouin’s reserves forfeiting in round 12 and last week’s bye, Traralgon’s reserves have only played once in the past month, making selection difficult.

”We’re certainly not expecting to win like that again,” Butcher said.

”That was probably the best we’ve played all year and they were down that day, but their form has been pretty good.

”If we win we’re pretty much guaranteed a finals spot, but until then any games we lose could put us in trouble.”

The Eagles could regain key defenders Sam Bristow and James Huts from injury, with the latter in line to match up on Jackson Hall, who kicked four goals for the Maroons last time.

”They’ve been out for three or four weeks and they could have played against Morwell, but with the bye coming up we thought we would give them an extra week and we did pretty well without them,” Butcher said.

”This will be close to Traralgon’s grand final, so they’ll be putting everything into the game and we have to as well.

”They play a pretty good brand of footy, similar to us, so it should be a good game.”

Maroons backman Matt Lewellin is likely to get the job on Sheen, who leads the league goal-kicking with 73 majors for the season.

Morwell can keep the pressure on ladder leader Sale if, as expected, it beats Warragul at Morwell Recreation Reserve.

The Tigers trail the Magpies by eight points but have a game in hand and superior percentage, with the minor premiership on track to be decided by a final round showdown between the two at Morwell.

Before that, though, Morwell must overcome Warragul, which will need to break a 13-game losing streak against the Tigers to upset the reigning premier.