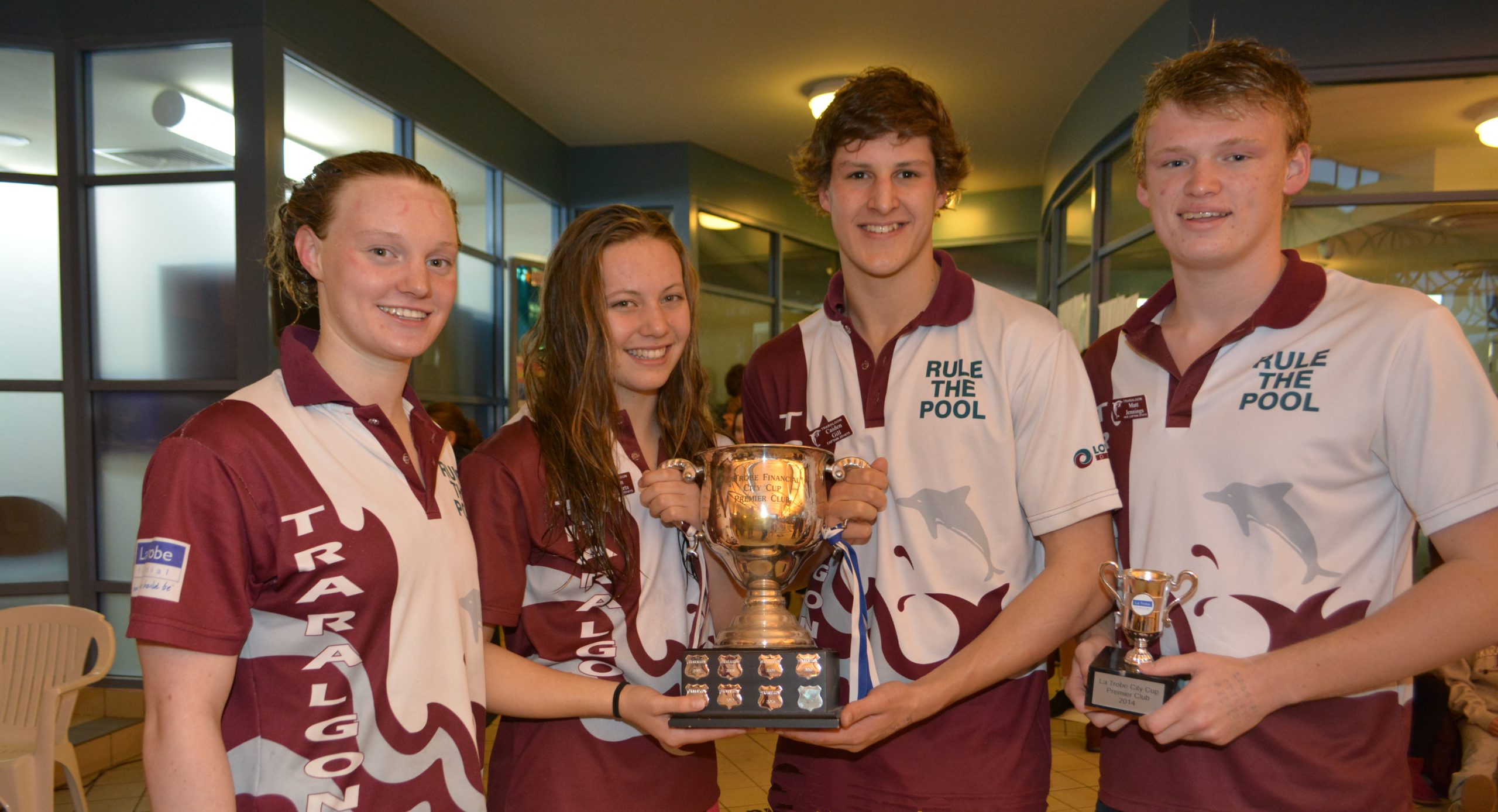 THE Traralgon Swimming Club successfully defended the title of premier at the eighth annual Latrobe City Cup recently held at the Morwell Leisure Centre. Traralgon dominated with 1277 points, doubling the tally of Nunawading in second with 604 and Surrey Park was third on 299.

Despite Nunawading bringing over 110 swimmers against Traralgon’s reduced number of 85, the home club was still too good with some outstanding performances on the day.

“We had many swimmers competing in numerous events to ensure the points kept ticking over so it was really a meet of hard work under competitive circumstances,” senior head coach Brian Ford said.

“For all of the age group champions and records to be broken showed the swimmers really applied themselves to the task of winning individually but more so toward the team goal – winning the Latrobe City Cup for the eighth time.”

The club now turns its sights to the open and 12 and under Victorian Championships followed by the Victorian Country Short Course titles in Shepparton where the club will be going for its seven in a row.