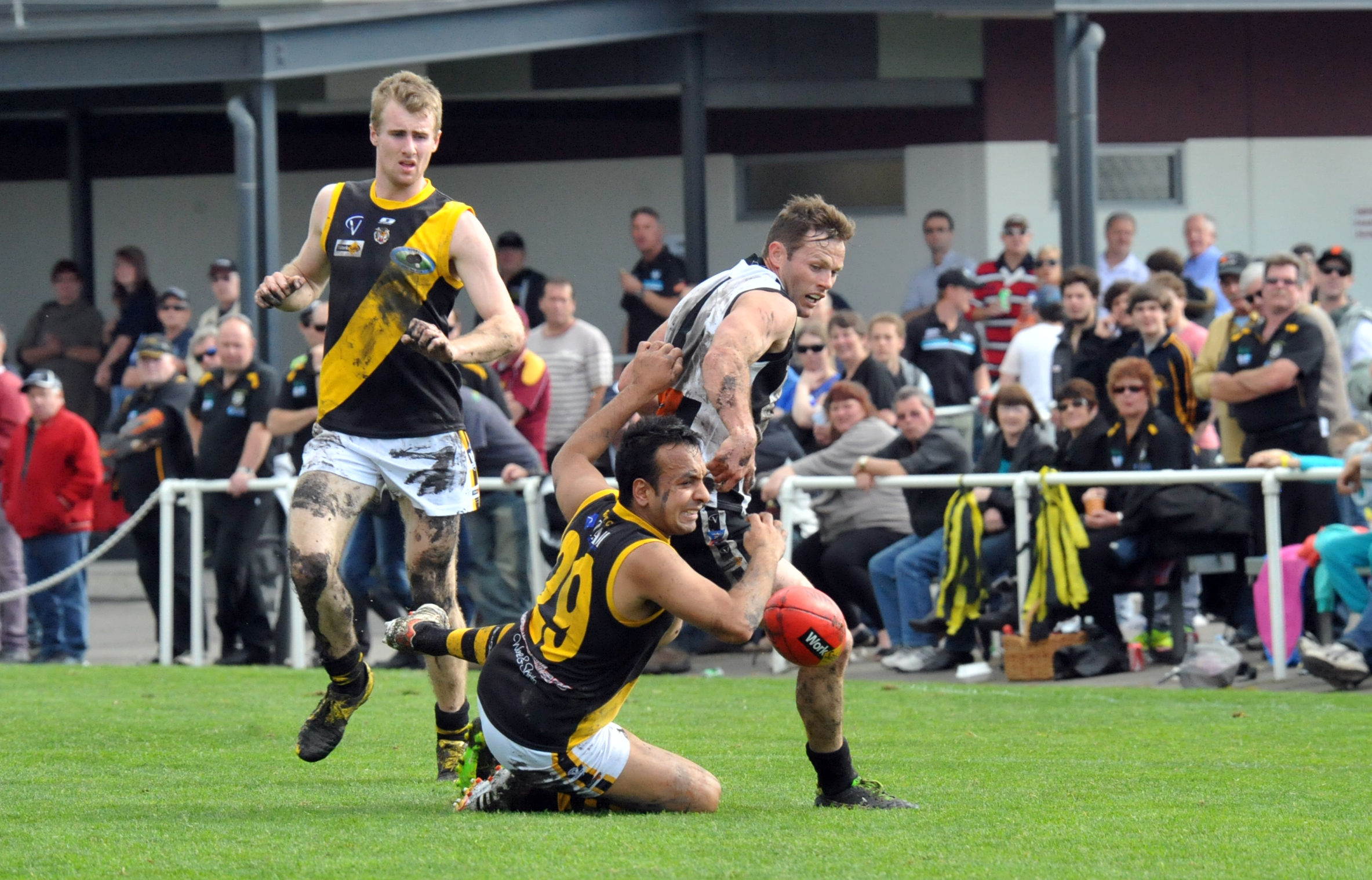 THE Gippsland League minor premiership and a psychological edge ahead of finals are up for grabs at Morwell Recreation Reserve on Saturday.

Morwell hosts ladder leader Sale in a replay of last year’s grand final in what many believe will be a prelude to at least one September matchup in the last round of the home and away season.

The Tigers trail the Magpies by four points and a win should be enough to make up the 0.82 per cent they need to steal top spot and earn a week’s rest to start the finals series.

Sale’s only defeat of the season came against Bairnsdale in round six and it shaded the only head-to-head battle of the season with Morwell by four points.

“Last year we played every week, which is fine, but we’re probably just after a really good effort from all the boys and to take some key learnings out and try and develop going forward.

“It’s a massive game, but we treat every game exactly the same. Our guys are all competitive and last time around we fell just short against Sale, so we’ll look to try and better that, but ultimately premiers aren’t decided in August.”

Morwell was expected to regain ex-Collingwood star Tarkyn Lockyer, who was available last week but did not play against the Maroons, while Julian Blackford, Campbell Macinnes and Adam Bailey are in doubt following injuries against Traralgon.

Sale forwards John Gooch and Mitch Davis missed last week’s clash with Warragul and could be in the mix to return against Morwell.

Former St Kilda running defender Jason Gram booted seven goals in the win against the Gulls in his first game back and looms as a wildcard for the Magpies.

Leongatha dealt Traralgon’s finals hopes a major blow in round nine and with both sides out of the running, pride is all that is at stake at Leongatha Recreation Reserve on Saturday.

Both sides have shown solid form late in the season, with nearly identical losing margins in competitive performances against Morwell in the past two weeks.

The Parrots made it three wins from four outings with victory against Moe last weekend and can finish with as many wins as Traralgon should they overcome the Maroons in the final round.

With third spot and a double chance secured, Wonthaggi will be out to continue its stellar finals preparation at Western Park.

Victory against Warragul would make it six straight wins for the Power, which went without ruckman Earl Shaw and key forward Travis Krause for last weekend’s impressive win against Maffra.

Despite their struggles, the Gulls have a good recent record against the Power, recording shock wins against them in the past two years and will be out to finish the season on a positive note.

Maffra must shake an untimely form slump when it hosts Drouin at Maffra Recreation Reserve.

Back-to-back heavy defeats to Wonthaggi Power and Sale have dropped the Eagles to fifth spot on the ladder and left them on shaky ground ahead of finals.

Maffra full-forward Darren Sheen will need to tally 16 goals – one shy of the 17 he managed in the same game last year and three more than he kicked in round nine – to become the first player to kick a century of goals in the home and away season since Sale’s Shane Loveless in 1987.

Should he kick nine or more, Sheen will become the fastest player to reach 200 goals in the league’s history.

Defeat would condemn Drouin to a winless season.

Bairnsdale’s bid for momentum ahead of finals continues against Moe.

The Redlegs ended a four-game losing streak with victory against Drouin last weekend and can build confidence with a fifth-straight win against the Lions at Bairnsdale Recreation Reserve.

Captain James Gibbs roared back to form with 10 goals against the Hawks, while Lions coach Adrian Burgiel has nine goals in his past two games and offers a genuine threat if the home side is not careful.