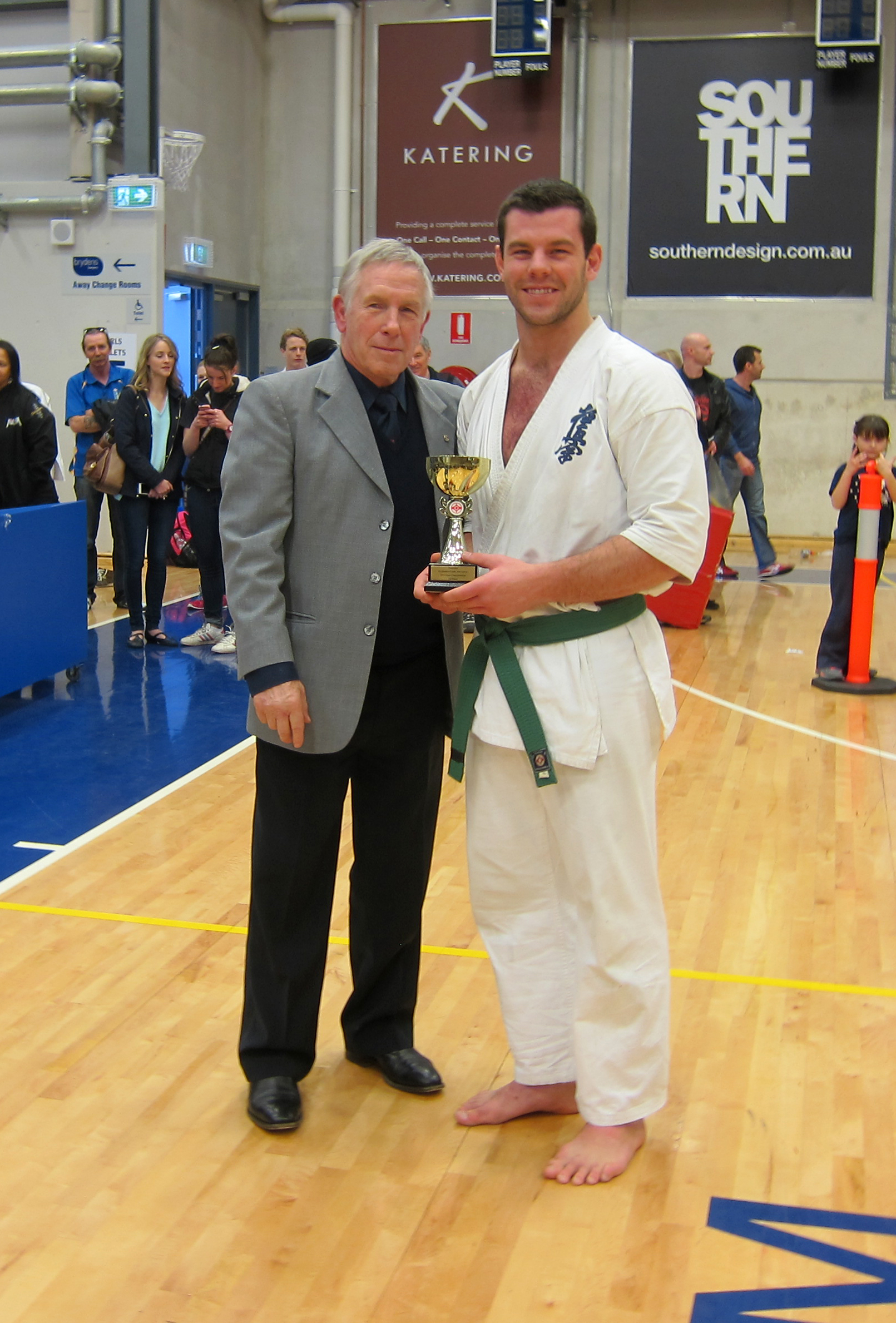 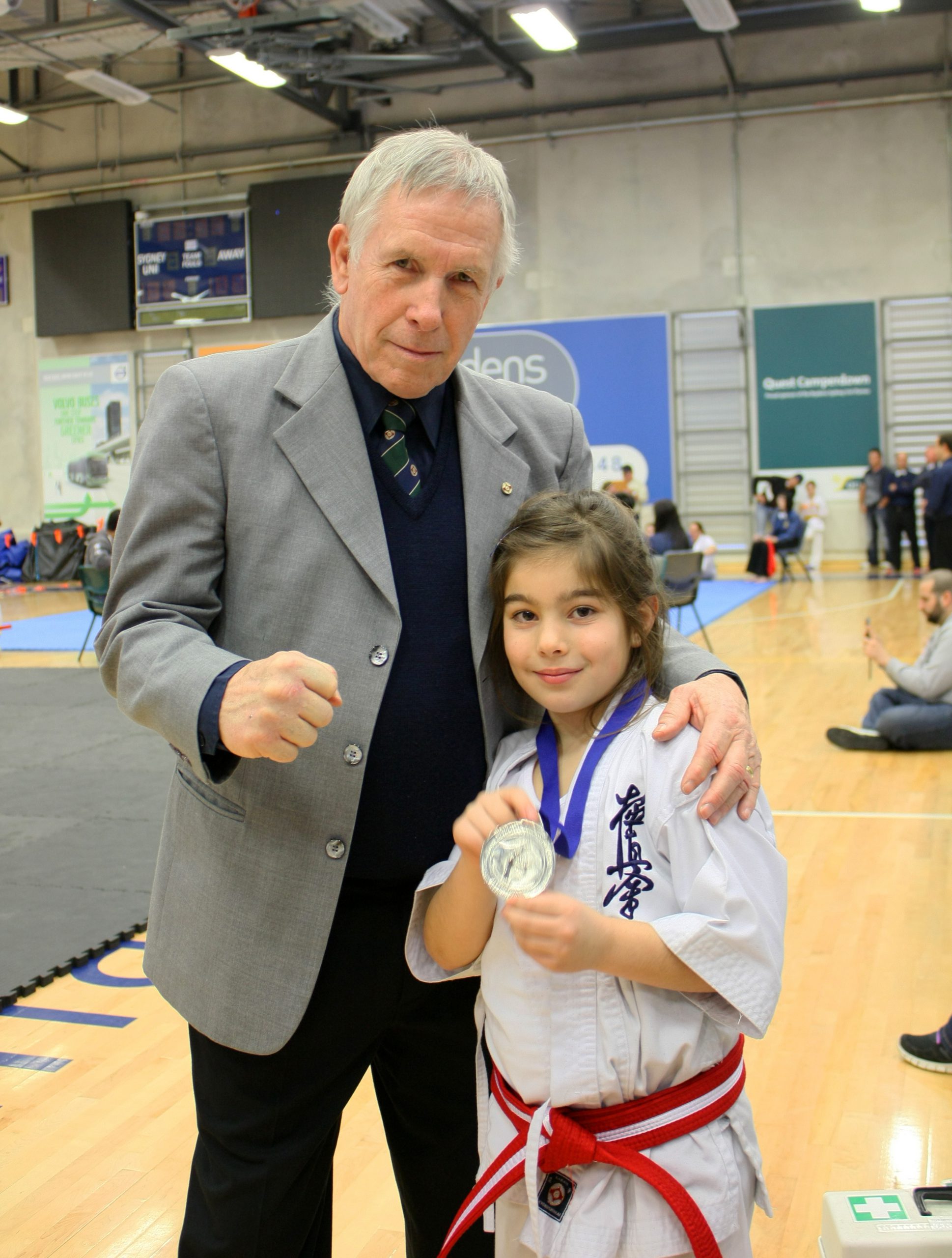 Returning from knee surgery to the scene of his 2012 national crown, English fought a “brilliant strategic fight” to win the final, which impressed even the most experienced fighters in attendance.

Kyokushin branch chief and seventh dan black belt Gary Viccars said it was one of the finest bouts he had ever witnessed.

“It was the best tactical fight I have ever seen,” Viccars said.

“He fought an experienced Shin Kyokushin black belt and he took him to the cleaners.

“This guy had an attitude but it did not faze Terry and when he got angry he hit him with some of the best shots you would see anywhere.”

English was one of nine Traralgon Bodokan fighters competing at the AKKA Kyokushin Karate Nationals.

The seven year-old blitzed through her preliminary bouts convincingly, before a narrow split decision loss in the final. Traralgon also entered Jordan Nabulsi, who reached the third round before bowing out, while Zach Nabulsi, Johnny Kavadias and Athena Kavadias gave strong accounts.

“(It was) an amazing performance to win the champions trophy over much higher graded opponents. He is one to watch in the future,” Viccars said.