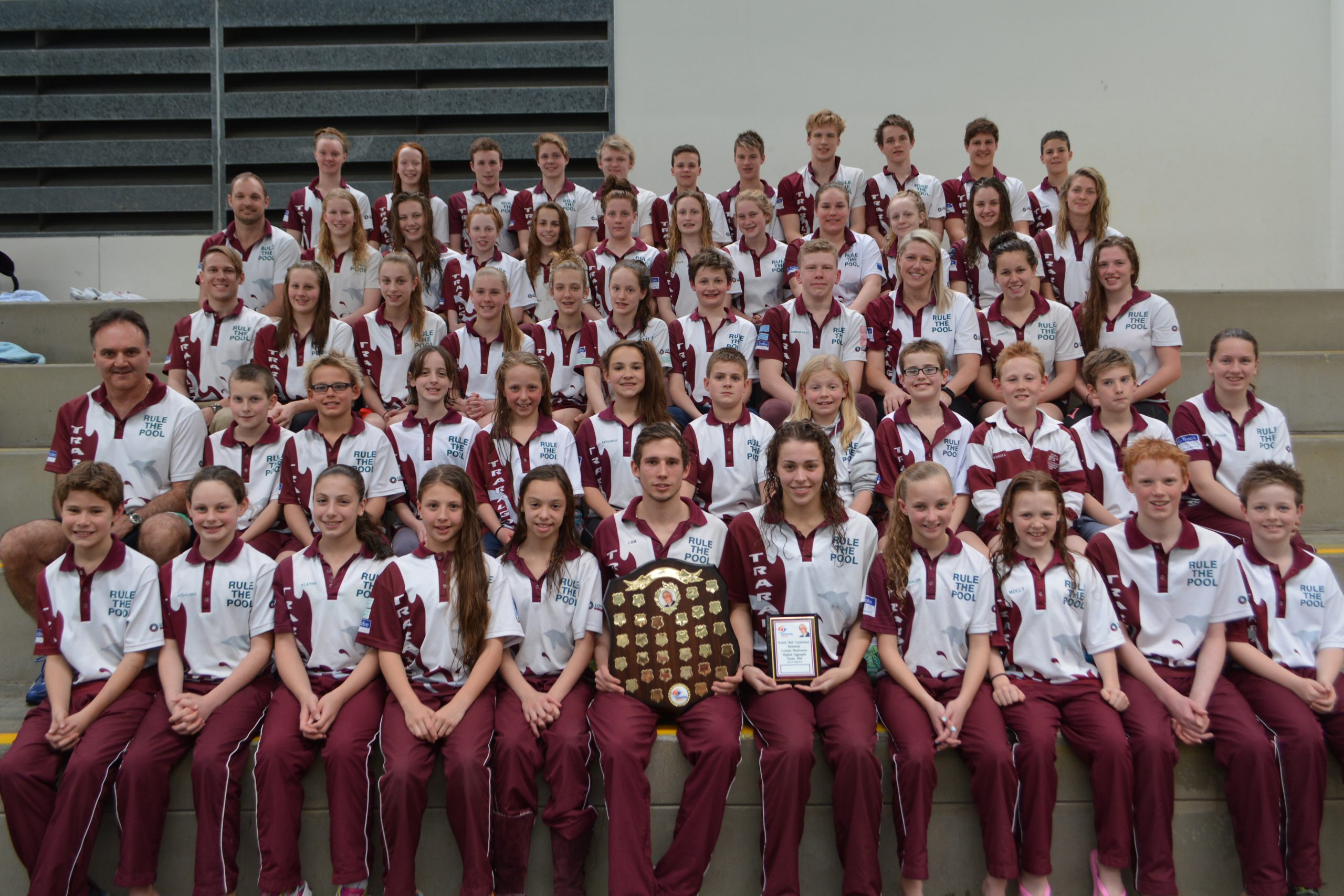 After being pushed by Geelong last year, Traralgon almost doubled the rival club’s score in a landslide points victory, 2080 to 990 with Warrnambool in third on 709.

Traralgon’s 59 strong team secured 32 gold, 18 silver and 16 bronze medals at the meet, with 13 year-old Lauren Akers leading the way with a personal haul of seven gold.

“Last year we took a team which was challenged for the whole meet by Geelong and we came away with a strong but narrow victory,” senior head coach Brian Ford said.

“This year the team included a large contingent of our junior swimming talent and together with the experienced swimmers came away with a dominant performance having over 80 per cent of swims being best times.

“It was an outstanding team performance.”

Caydence Bezzina and Thomas Hamilton broke out of Gippsland records, along with Molly Cargill who set two new marks and eclipsed a 20 year-old Courtney Ford record by more than three seconds in the girls eight and under butterfly.