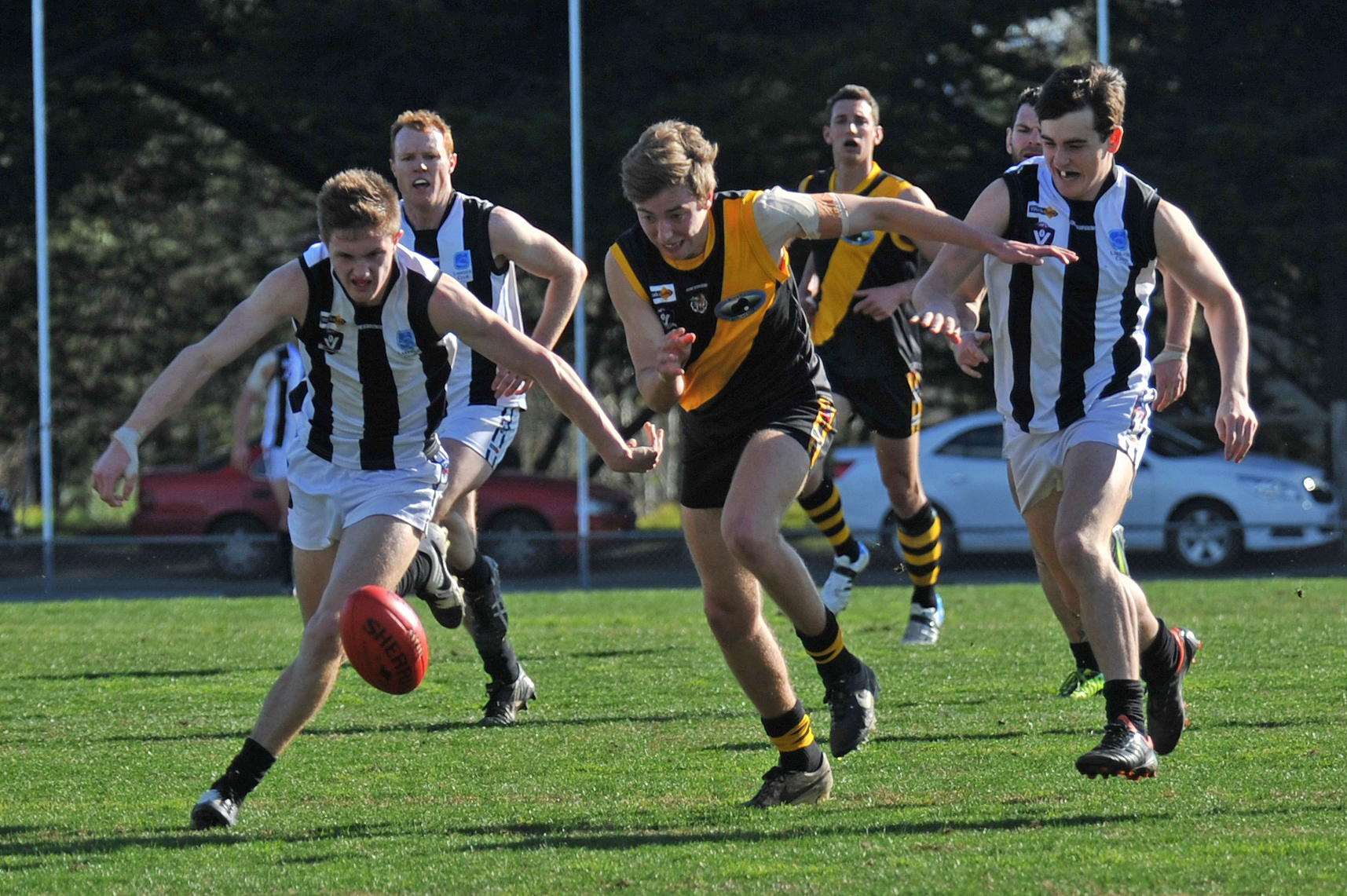 WONTHAGGI can live up to its status as Gippsland League premiership dark horse when it takes on Sale in Saturday’s qualifying final at Traralgon Recreation Reserve.

The Power surged into their second straight finals series with six wins on the trot, including comfortable victories against fellow finalists Bairnsdale and Maffra.

They take on a battered and bruised Magpies side that lost its longstanding grip on the minor premiership against Morwell last week.

The Magpies lost the final game of the home-and-away season by 27 points, giving up a week’s rest in the first round of the finals series in the process.

However, Sale coach Matt Ferguson said it was a blessing in disguise.

“When you miss two games in a month it’s hard to get rhythm and with our injuries, we haven’t had a settled line-up,” Ferguson said.

“We just need to play footy and you don’t necessarily need a week off.

“If you look at last year we smashed Morwell (in the last game of the home-and-away season) and they lost to Maffra (in the qualifying final) as well and still went on to win it.

“We’re looking forward to getting another chance against Morwell, but we’ve got to get over Wonthaggi first.”

Jason Gram and Luke Collins were late withdrawals against the Tigers and come back into contention to face the Power, along with the club’s sizeable TAC Cup contingent, but forward Mitch Davis is likely to miss again with a quad strain and Tom Hams remains sidelined with a head injury.

Wonthaggi has been more than competitive against the runaway top two this season, beating Morwell in round 10 and twice falling by less than a goal against Sale.

On the last occasion the Power led by 25 points at three-quarter-time, but failed to score in the final term and lost by a point.

Power coach Rob Railton felt his side matched up well against the Magpies and were primed for finals, but admitted it faced a tough test on Saturday.

“The last four matches have all been in the balance, but they’re a bit like Geelong in they know what to do in close games,” Railton said.

“You know we’ve been close enough, so the belief is there, we just have to be a bit better in the key moments.

“On Saturday it will just be about whoever gets enough contested footy inside and our forward line efficiency needs to improve.”

The Redlegs are contesting their first finals series since re-joining the Gippsland League in 2011 and coach Shaun Mooney said there was a real buzz about the club.

“At the start of the year we had two goals; just to improve and set ourselves to play finals,” Mooney said.

“Everyone strives for that and it’s a great opportunity.”

In contrast, the Eagles have won seven premierships and contested nine grand finals since 2002.

While they fall short on finals experience, the Redlegs can take confidence from previous head-to-head clashes with Maffra this season.

“Early in the year we managed to get the win at home, which was fantastic, and the second time at Maffra we controlled the game early, but they finished well and handled the conditions better and got the points,” Mooney said.

“They have a lot of experienced players and they’re well-drilled and well-coached.”

Neither side has been in top form.

Bairnsdale won its last two games after a winless month and Maffra lost all but one of its last four.

The league’s two most potent goal-kickers go head-to-head, with Eagle Darren Sheen notching his 100th goal of the season against Drouin last week, while Bairnsdale’s co-captain James Gibbs broke out of a minor slump with 14 goals in his last two games to take his home-and-away tally to 85.