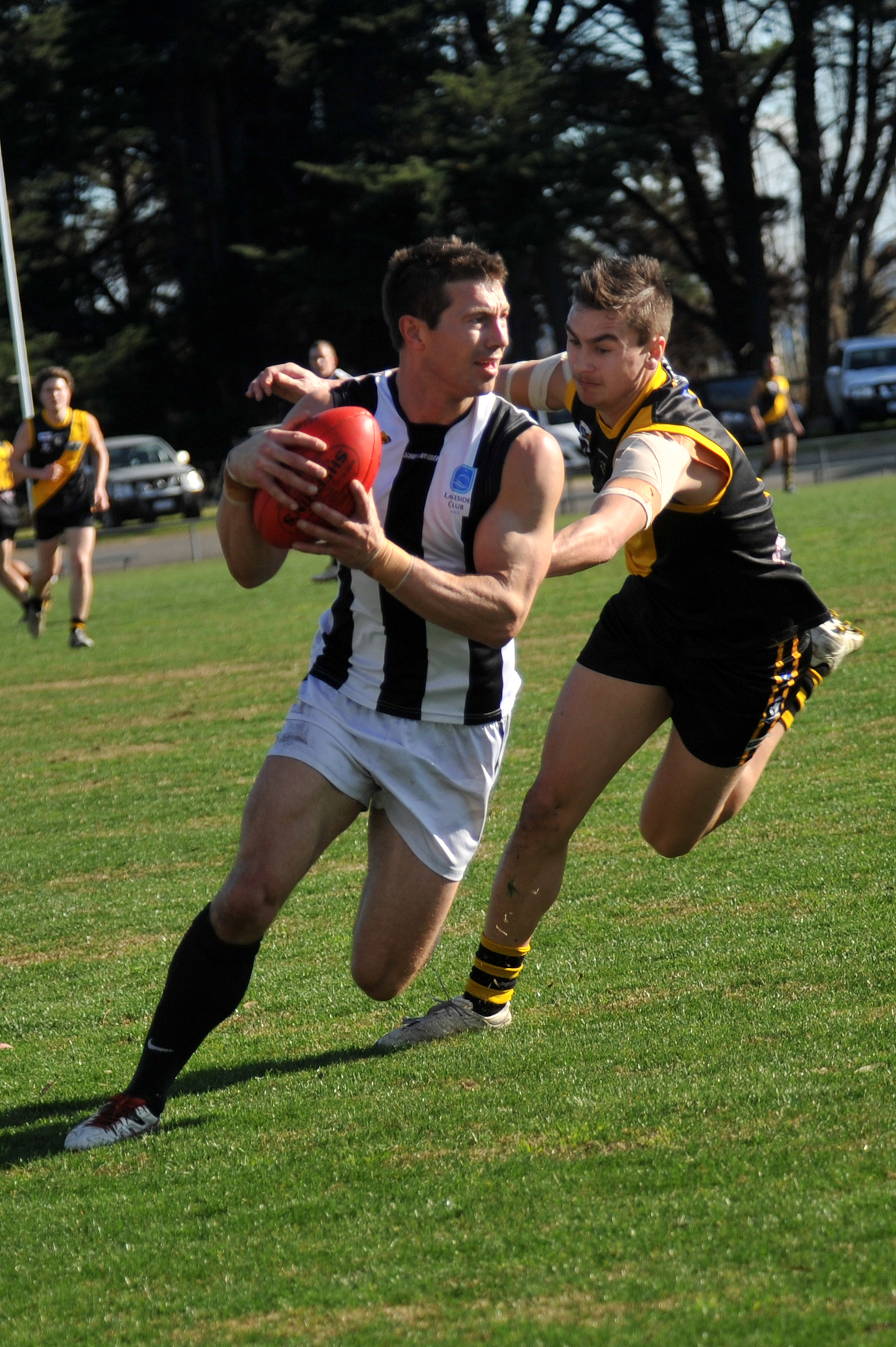 Sale coach Matt Ferguson has hailed the return of the club’s TAC Cup contingent as the catalyst for Saturday’s Gippsland League qualifying final victory against Wonthaggi.

The Magpies produced a consistent and professional performance to down the Power by 43 points at Traralgon Recreation Reserve and set up a tantalising second semi-final showdown with Morwell.

Ferguson said the injection of youth had been crucial to his side avoiding a slip-up against the in-form Power.

”We’ve had injuries and we really needed them, but to have the kids back gave us a real lift.

”It was Josh Dunkley’s first game for the season, but he loves playing for Sale.

“It’s not his kicking or his marking (that make him a stand out), but he leads our one-percenters and he really lifted us with some inspirational tackles and smothers in the first quarter.”

Dunkley, Brad Olsson, Nash Holmes and Ben Dessent all returned to the side, along with Jason Gram and Andrew Quirk, who overcame injuries, as Ferguson rang the changes following last week’s loss to the Tigers.

Sale shaded a tense first quarter, before kicking away in the second and building a 22-point half-time lead.

The second half mirrored the first, with Gram (four goals) and Ferguson (three) doing most of the damage in attack.

Dunkley, Olsson and Holmes were joined in the best by Quirk and Kane Martin.

Ferguson was pleased with the response to last week’s defeat and to have booked another shot at the minor and reigning premiers.

”It was never going to be high-scoring because both teams defend well, but it was a consistent effort and I was happy with the way we improved on the things we went away and worked on,” he said.

”It’s easier to coach this time of year because the players’ motivation is pretty high.”

Power coach Rob Railton admitted his side was second best on the day.

”I thought we were pretty disappointing and Sale looked very good and showed us how to do it,” Railton said.

”They beat us at the contest and their ball movement was slick and cleaner. When we went inside 50 we were slow and couldn’t keep it in.

”We learned a lot out of it. Sale came ready to play and executed when it mattered.”

Wonthaggi full-back Byron Dryden put in a good shift on Ferguson and small defender Matt Coyne held his own, but the pair was among few individual winners on the day for the Power.

Troy Harley and Aaron Ware pulled up sore and face a race to be fit in time to for next week’s first semi-final.

The Eagles made the most of their first half chances to lead by 14 points at half-time and held the Redlegs at arm’s length for the rest of the day to advance to the second week of finals.

Fresh from his record-breaking haul against Drouin last week, Maffra full-forward Darren Sheen led the way with seven goals in a best-on-ground performance.

Brett Waddell, Dale Johnson and Jack Haslem (three goals) were best for Bairnsdale, which held its own in its first major league final in many years.

Maffra will meet Wonthaggi in next week’s first semi-final.