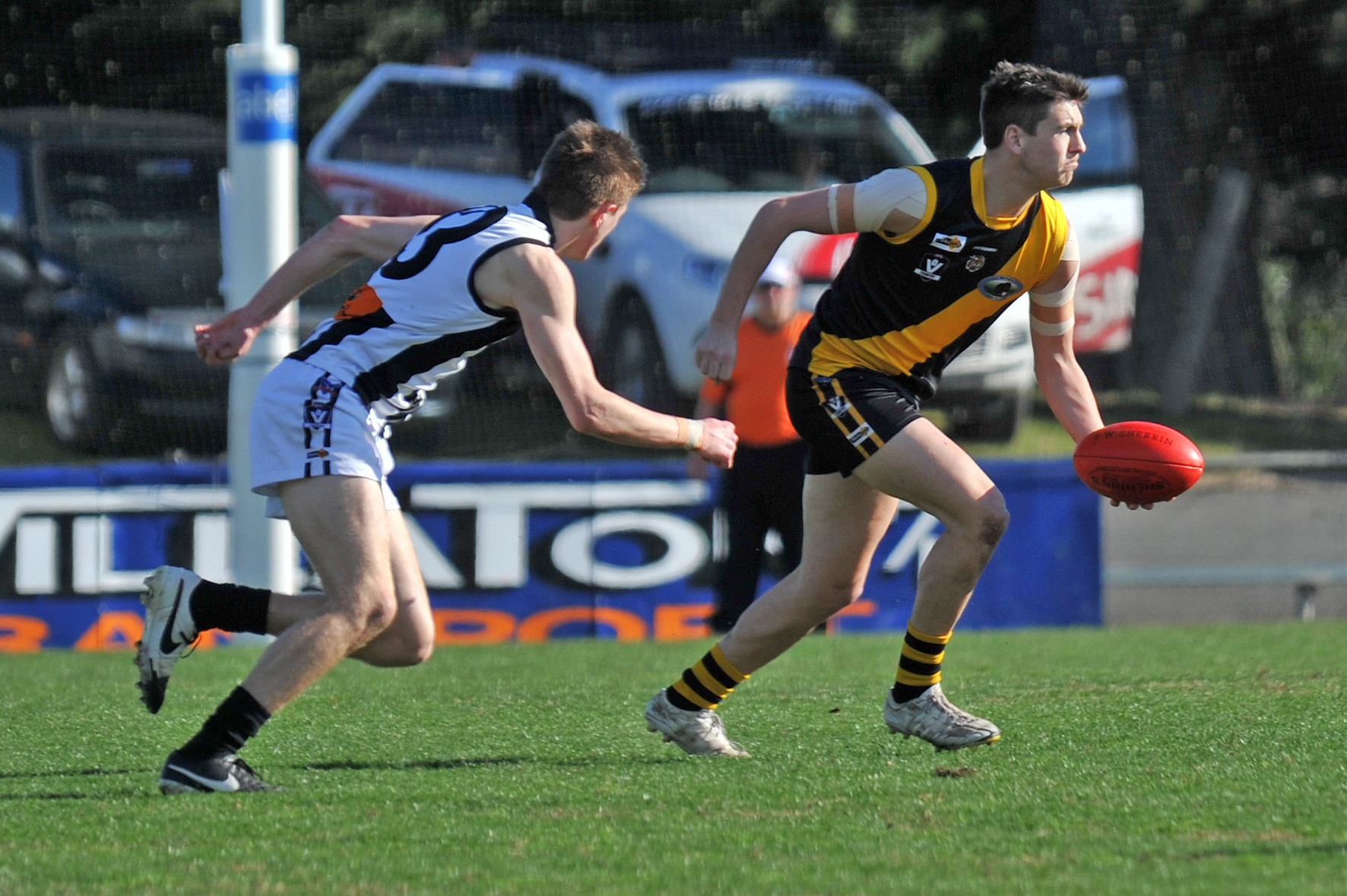 MORWELL coach Harmit Singh is expecting a truer test of his side’s credentials, when it renews its ongoing battle with Sale in Saturday’s second semi-final at Traralgon Recreation Reserve.

The Tigers enter the Gippsland League finals series fray after sitting out the opening week as minor premier – a position secured with a 27-point win against the Magpies in the last round of the home-and-away season.

Singh watched the Magpies defeat Wonthaggi in last week’s qualifying final at Traralgon and said they looked a slightly different side on two fronts.

“They’re a proven quality side and the result didn’t surprise me,” Singh said.

“With most sides towards finals you find teams start to settle and lists can change with clubs getting closer to their best team on the park.

“(Sale) have got some boys back from Gippsland Power and they had a few injuries, so they’ll be a bit stronger.”

While the Magpies regained six players for last week’s clash with the Power, John Gooch, Luke Collins and Mitch Davis missed out through injury and could come back into contention.

Morwell has a full list to choose from, including Julian Blackford, Boyd Bailey, Jack Weston and Ben Ainsworth, who did not play against Sale in round 18.

Singh said while personnel may change, little else would.

“We both know enough about each other by now to know what to expect,” he said.

“We played each other in the grand final last year and this is the second time we’ve played in a few weeks. Ball movement patterns aren’t going to change, so it’s more about who can execute best on the day and converting chances is really important.”

Sale was back to its miserly best last week, holding the Power to six goals and using its firepower to good effect.

The winner goes straight into the grand final, with the loser facing a preliminary final against Wonthaggi or Maffra.

WONTHAGGI has had Maffra’s measure this season, but that record will be put to the test at Morwell Recreation Reserve on Sunday.

The Power won both home-and-away meetings with the Eagles for the first time since 2003 this season, but coach Rob Railton said that would not be taken for granted.

“We have great respect for Maffra and if we perform like we did (on Saturday) we’ll struggle,” Railton said.

“Their scoring power is clear, so we’ll have to be on our game.

“It’s always a good experience playing finals, whether you win or not, but hopefully we learned from (last week).”

Maffra’s scoring power is matched by its scoring efficiency, which was on display in the elimination final against Bairnsdale last week.

Led by superstar full-forward Darren Sheen, the Eagles recorded one fewer scoring shot than the Redlegs, but still won by 19 points.

Byron Dryden looms as the most likely opponent for Sheen, with Shannon Bray and ruckman Chris Wylie also capable of doing a job if required.

Railton is sweating on the fitness of Troy Harley and Aaron Ware, who suffered injuries in the qualifying final loss to Sale, but Collingwood’s VFL elimination final loss last week means Jack Blair could be available.