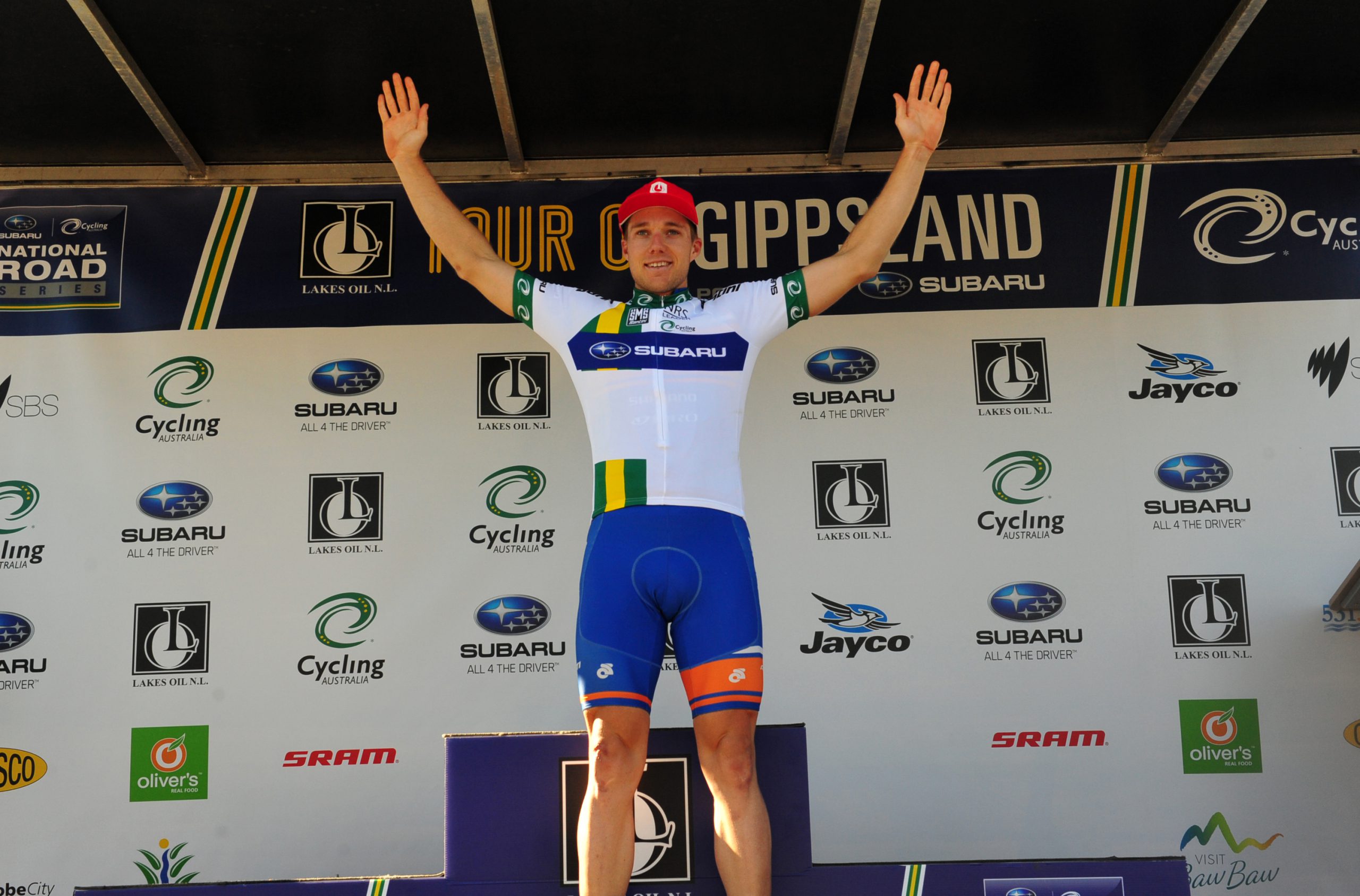 A SOLID week in the saddle around his own backyard saw Warragul’s Brenton Jones hold on to the National Road Series leader’s jersey following the Tour of Gippsland.

Jones finished 31st in the general classification for the Gippsland leg of the NRS, at plus one minute and six seconds behind winner Tim Roe, with three podiums through five days of racing across the region.

The tour kicked off in Jones’ hometown of Warragul, with a 91.6 kilometre road race through Trafalgar and Moe, and the series leader put his local knowledge to good use, finishing second to start the week.

“The Warragul stage, my home town… those roads I knew off by heart. The Gippsland roads are the best roads in the country for me, not being biased at all I think they actually are (the best) to ride on,” Jones said.

Jones also reached the podium in stage two, with a third place in the Leongatha to Yinnar race, followed by another third in the stage three Sale criterium on Friday.

“It was a great tour (though) I was obviously disappointed to not get a stage win this week, I still found the podium three times out of six stages so I guess it’s not too bad,” Jones said.

“It was a fantastic tour and it was awesome to go and experience towns like Port Albert and other places I’ve never been to.

“To really go and test these roads out and have great shire support from all the shires around the Gippsland regions has been great.”

The NRS leader was coming off a spectacular Tour of the Great South Coast, in which he won the overall classification on the back of two stage wins, and said he felt the burn in the final throes of the hilly Kay Street criterium yesterday.

“I think it’s taken its toll, but a bit of recovery and I’ll be right for the next one,” he said.

“Very tough, I was not on great form today I was feeling pretty average, disappointed not to get in that break and get a result, but it’s a tough little stage and after five days of solid racing you can really feel the difference and it really makes it hurt.”

Jones will attempt to hang on to the tour lead in the next NRS event, a three-day, four stage National Capital Tour in Canberra, which runs from 19 to 21 September.