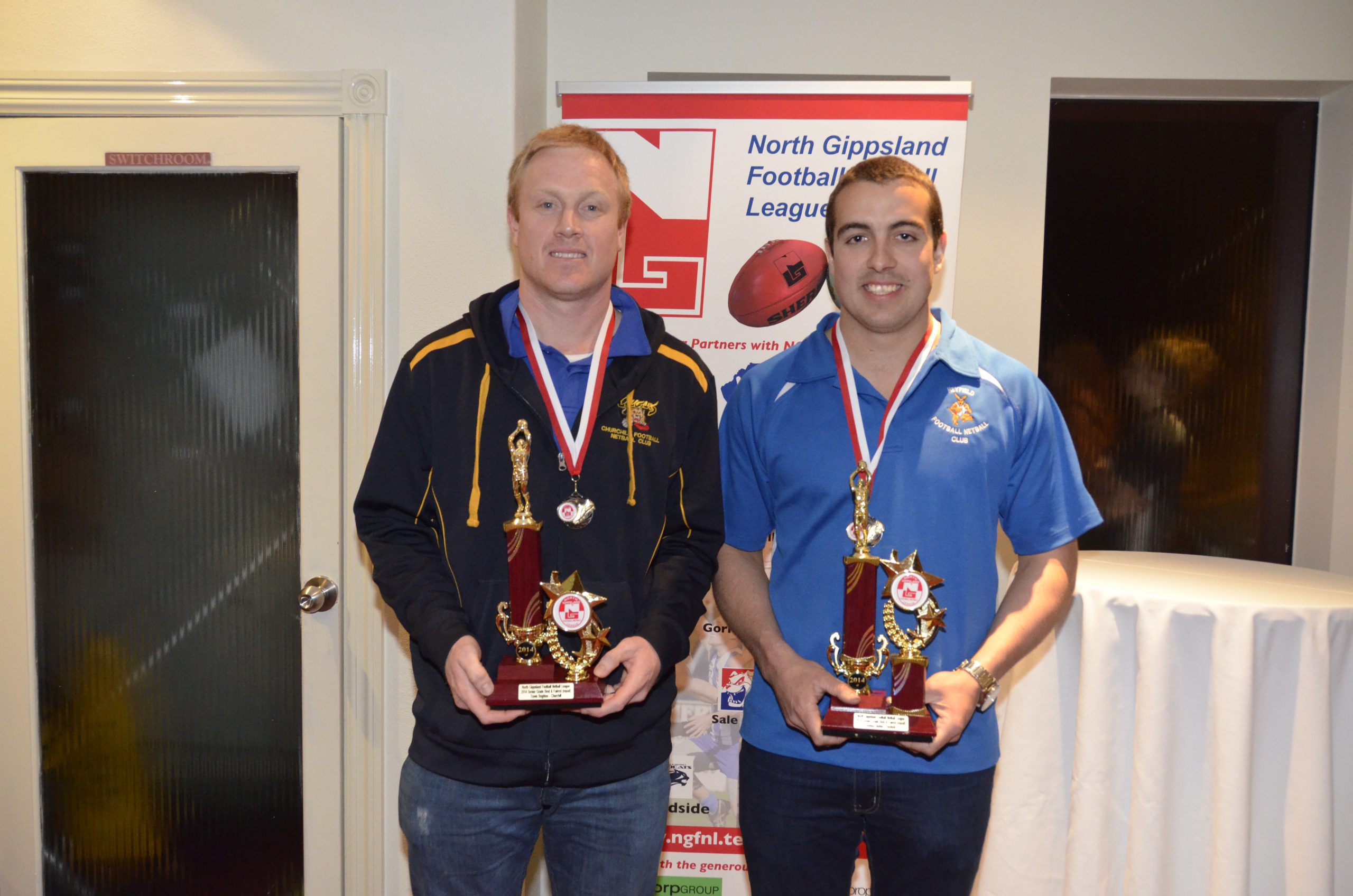 A multiple Gippsland League premiership player, Stubbe has been instrumental this season in the Kangaroos’ tilt at the title.

His athleticism in packs and around the ball has been an impetus in providing drive into the Kangaroos’ forward structure, and he’s also handy in front of goals.

Churchill midfielder Brighton has been a model of consistency for the Cougars, a workhorse renowned for being closely checked but breaking away through drive and determination.

Stubbe, Brighton and Yarram coach Griffin Underwood were the front runners throughout the count, with Underwood, who polled 25 votes to create a three-way tie, ineligible due to suspension. Brighton started the count well but hit his straps in the second half of the season to poll four best on ground performances in rounds 12, 13, 16 and 17.

Collecting votes in 10 of a possible 18 rounds, Stubbe polled three votes in four matches to make a move on Brighton, hotly followed by team mate Jack Woodland, who was ineligible, and Foat who polled best on ground performances in round 18 and 19.