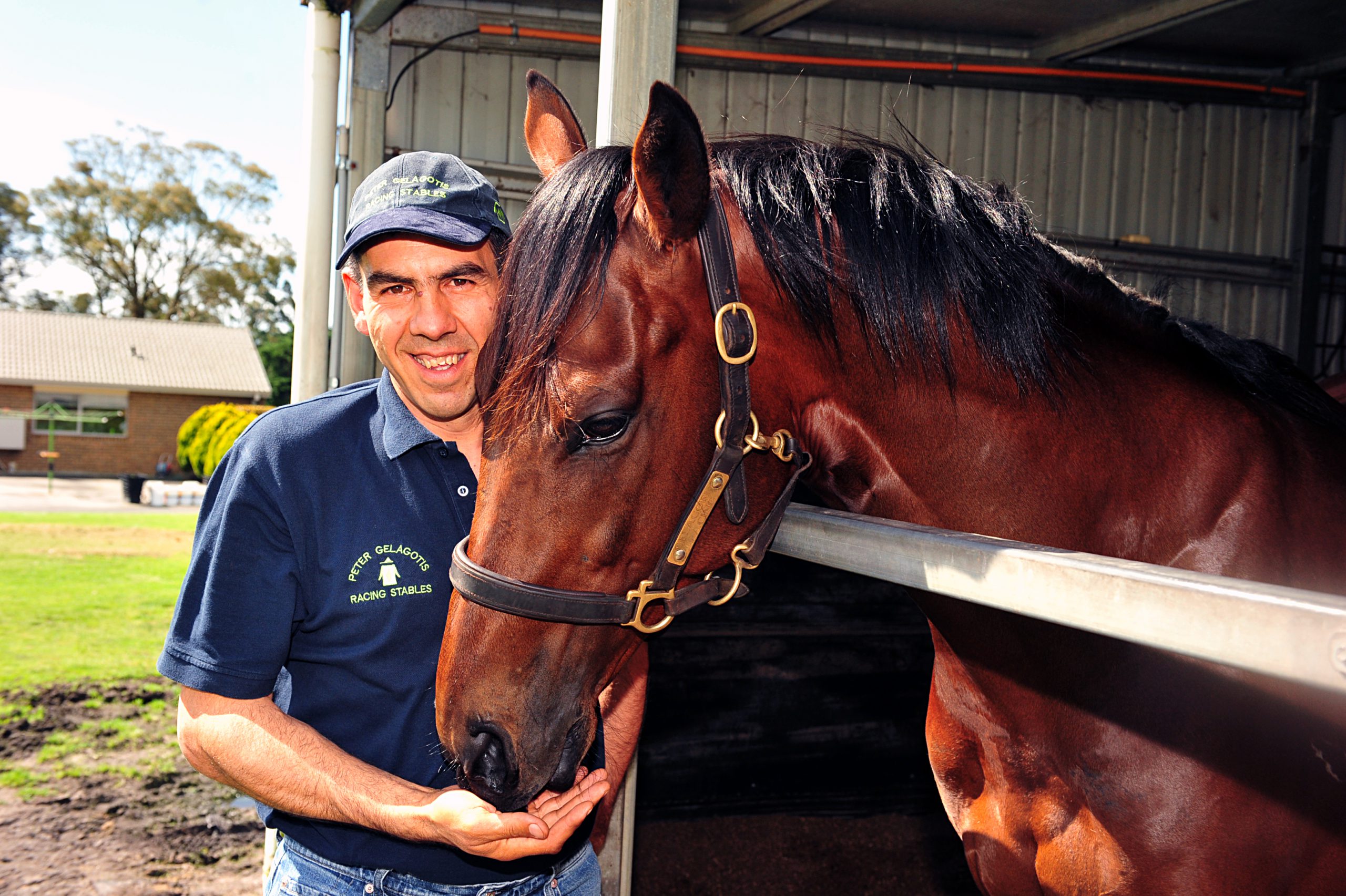 PREMIER local trainer Peter Gelagotis plans to nominate both his stable’s big guns for Thursday’s Moe Cup in a bid to realise a racing dream.

Both Hvasstan and Mourinho will be put forward for the feature race as Gelagotis pulls out all the stops in search of a hometown salute.

The stable has one Moe Cup win to its name, with Savqaw in the 2009 event which was transferred to Cranbourne, but Gelagotis said doing it on home soil was a horse of a different colour.

“I think it’s every trainer’s dream to win their hometown cup, I’ve had the pleasure of doing it albeit at Cranbourne,” Gelagotis said.

“We were very upbeat about our chances back then and we duly saluted, but unfortunately it wasn’t on our home track in front of our home crowd, so that was a bit of a dampener, but we get out chance now with the new facility to redeem that with Hvasstan hopefully.”

The Fastnet Rock colt has been groomed specifically for the Moe Cup, while stablemate Mourinho is less likely to run after taking out the $200,000 Cranbourne Cup on Sunday.

The pair ran strongly at Moonee Valley late last month in the JRA Cup, where Mourinho finished third and Hvasstan sixth, both close behind Cox Plate prospect The Cleaner.

“They both ran above their rating and looking forward to their next assignments,” Gelagotis said.

“Without luck at his last start he (Hvasstan) got a fair way back in the run, but his sectionals and his closing margin was only 1.4 off The Cleaner… I think that sort of form holds him in great stead for the Moe Cup.”

Irrespective of Mourinho’s participation, the stable will be well represented with Esprit Rossa in the secondary feature event, Illustrious Lad in the field and “possibly another runner or two” in the mix.

Gelagotis said the return of the Moe Cup after a two year hiatus was a momentous occasion not only for the town, but country racing in general.

“It’s a big event, I would rate the Moe Cup in the top five country cups in Victoria in previous history on attendance, stature of the race and the way that the day is run and organised,” he said.

“It’s definitely one of our premier cups on the country circuit and particularly in this region it’s by far the best cup going around, I would put it above the other country tracks in this area by a mile, and that’s purely on attendance… and the quality of horses.”

Gelagotis is in country cup winning form, after taking out Saturday’s $15,000 Manangatang Cup with Simmering and the Cranbourne Cup on Sunday with Mourinho.

The Moe Cup will be run as the sixth race on the card.