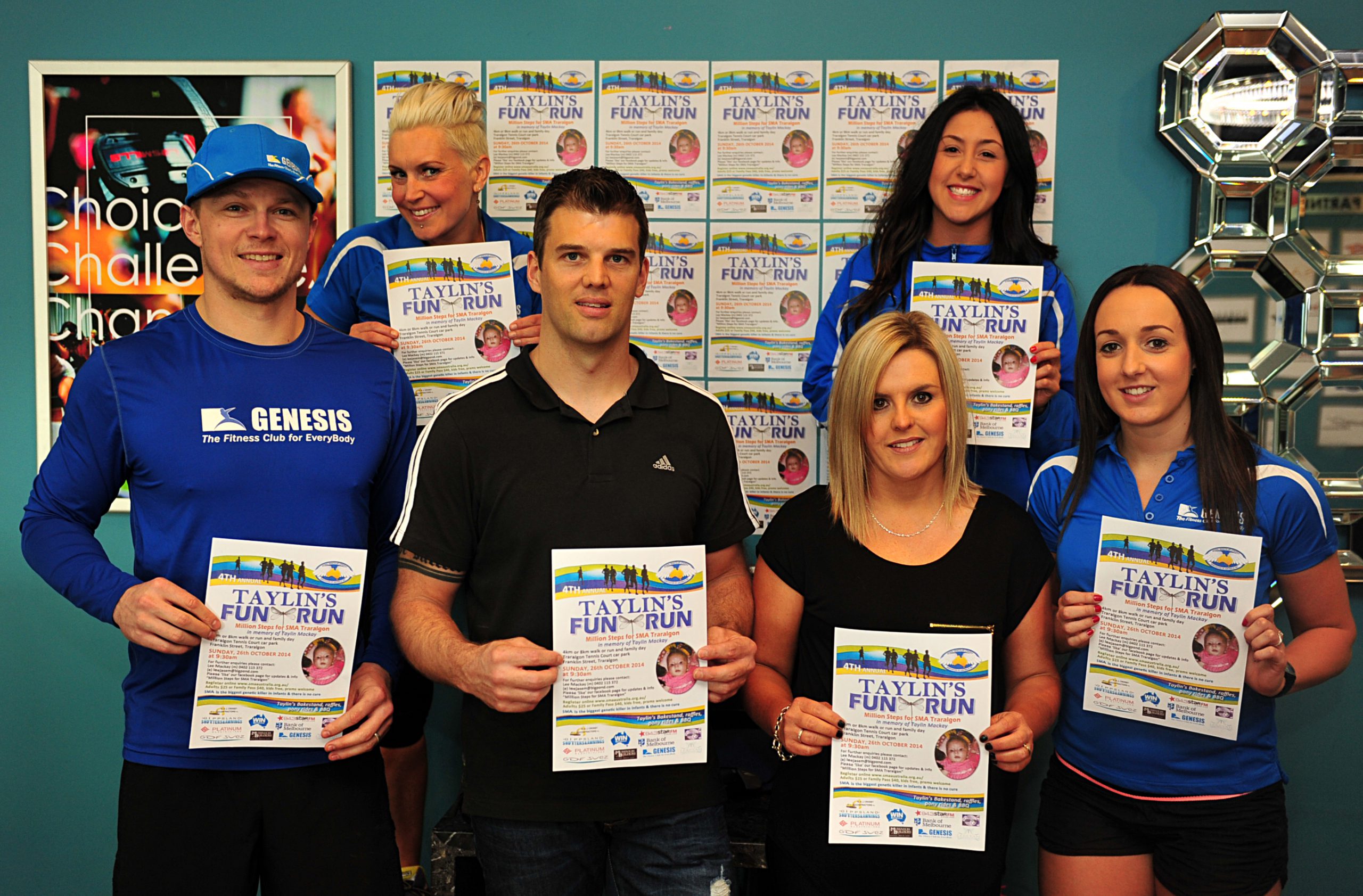 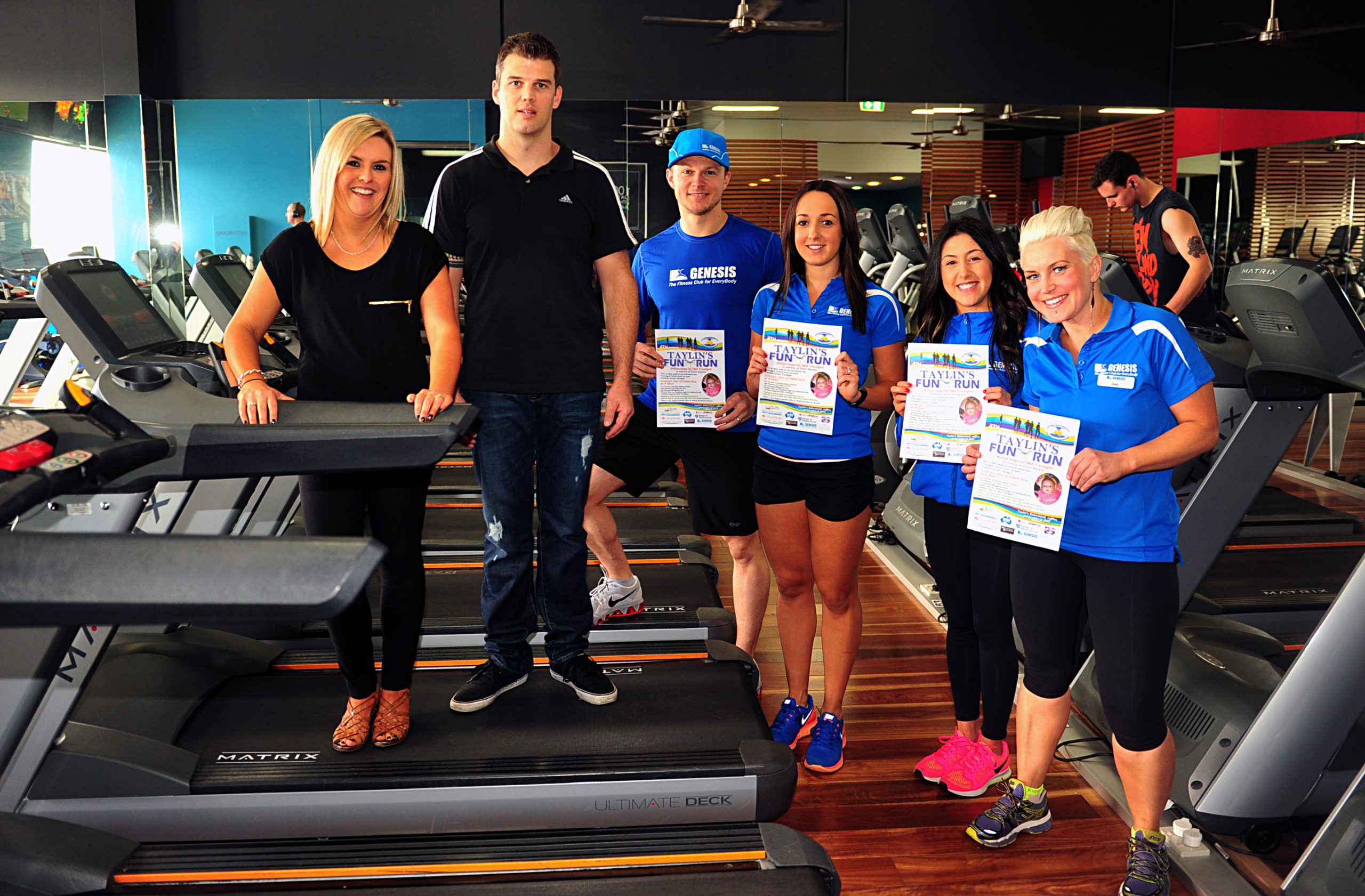 The fourth annual Million Steps for SMA Traralgon in memory of baby Taylin will be staged next Sunday, 26 October and is fast becoming an institution in the local landscape.

Taylin’s parents Lee and Jason Mackay’s have raised about $25,000 each year since 2010 for the SMA Association of Australia through the fun run to help fight one of the primary genetic killers of youth.

Testament to the resonance of Taylin’s story in the community, Genesis Traralgon has thrown its full support behind the run and will live up to the Million Steps moniker, literally, as part of the occasion.

Genesis will host a body attack and body step class prior to the four and eight kilometre fun run/walk events on the day, tailored to hit the one million step total between participants.

In addition the gym will provide first aid, fundraising, memberships for raffle prizes, warm ups and stretching for participants, an emcee, a team in the run itself, and a marquee giving away fruit and water.

Meanwhile Genesis will silent auction a lifetime membership, predicted to go at more than $4000.

Run organiser Lee Mackay said she was overwhelmed by the support of the community, driven this year by Genesis owner and fitness expert Andrew Bell.

“He was really touched by this because we’re locals and we’re both, Jason and I, now part of the club and it’s like a big family – everyone’s really nice and supportive and we’re just really overwhelmed with them coming on board,” she said.

SMA is a genetically transferred degenerative motor neuron disease – the most severe of its kind – and has no cure.

As carriers, Lee and Jason faced a one in four chance of passing the deadly illness down to their offspring.

To their relief, the birth of healthy boy Tylan last year came as a blessing, but the anxiety will never truly pass for the family of six.

“Future generations (of our family) are lucky they can be tested to see if they’re carriers,” Lee said.

“It never stops for us, we might have lost a child, but it doesn’t stop for us the worry and that fear that it could come out in our family in generations and we don’t want anyone to go through what we did and (still) do.”

Despite the trauma, Lee said Taylin’s death had sparked some positives out of a wretched situation, primarily through the Million Steps run.

“It’s that one day of the year we can keep her memory alive in a big way, everyone’s there for her on the day, remembering her, and it makes her passing not in vain,” she said.

“It’s great for our kids, they know what it’s about, they know it’s Taylin’s run and they know they get balloons, they get to run around and see the animals, it makes a bad situation a good situation for that day.

“They miss her and they talk about her and that sort of thing… and it just makes us feel like we’re doing something to contribute to help, it doesn’t make us feel useless.”

Human clinical trials are making progress toward a cure for SMA in the United States, but have not yet reached Australia.

The Million Steps 4km or 8km pram friendly run/walk and family day will take place on Sunday, 26 October, with a 9.30am start at the Traralgon Tennis Association car park.

Along with the running activities, the day will also feature a bake stand, raffles, a barbecue, baby animals and pony rides, and coincides with the ATP Challenger event at TTA.

Online registrations can be made at www.millionsteps.org.au/events

Cash registrations can be made on Friday, 24 October between 2pm and 7pm at 7 Anderson Street, Traralgon, where singlets will be on sale for $10.

Registrations can be made on the day from 9am, but online is preferred.