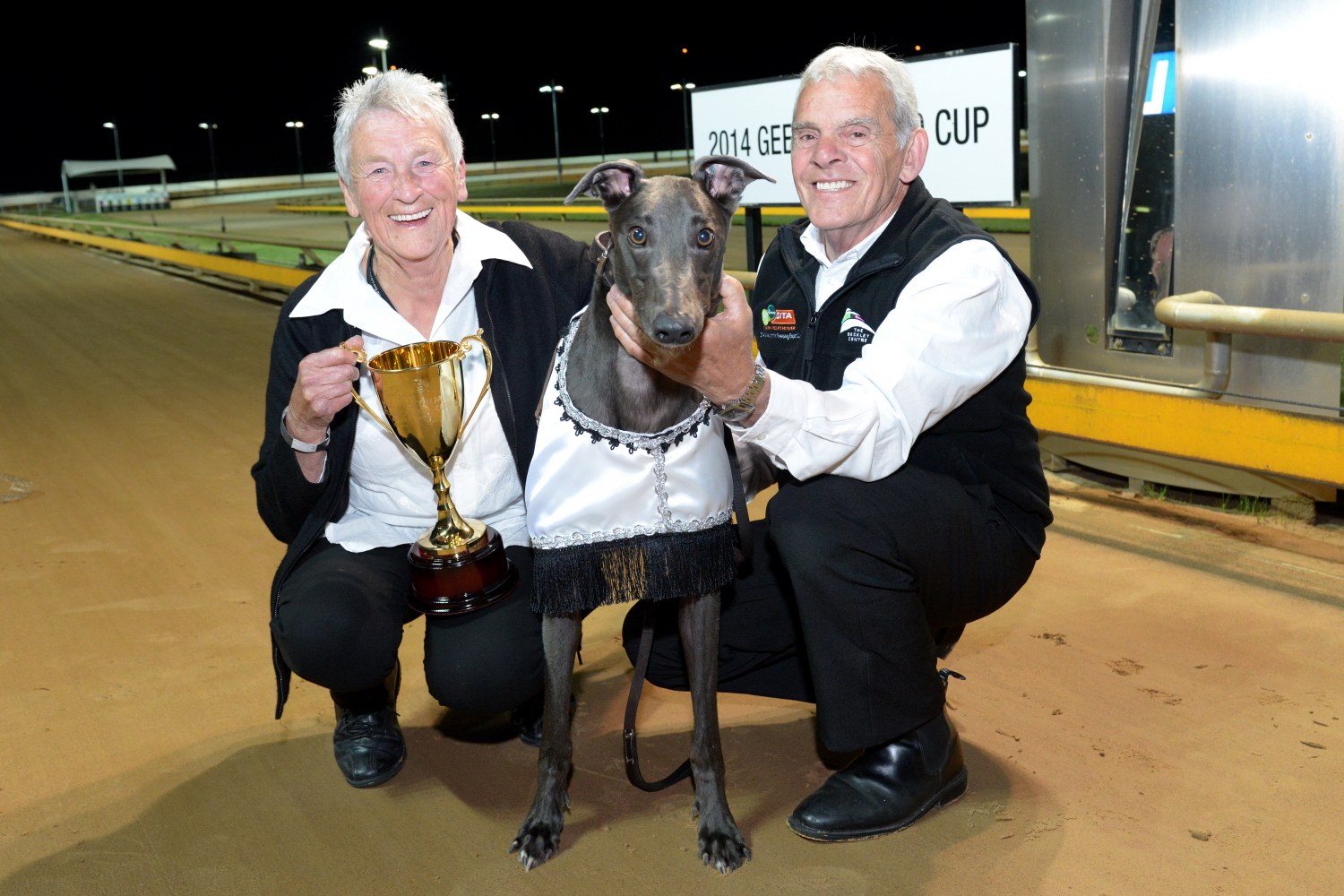 GERRY and Rose Kleeven love their pets, and not just because they’ve made in excess of $100,000 for the Denison-based couple.

A greyhound breeder and trainer of four decades, Heyfield native Gerry has reared some champion dogs in the past, but none quite like Luca Neveelk.

The Group 2 Geelong Cup winner has 21 wins from 26 starts and is tipped to qualify through tonight’s heats for next week’s Melbourne Cup – the richest race in Australian greyhounds.

Chuffed to have a dog in contention for the $420,000 feature at Sandown Park, Gerry said he saw something special in Luca from birth in his litter of five.

“He always just walked around with a bit of an air about him, he never got excited he just laid around and watched the others carrying on, he’d join in and sort them out a little bit… just something different about him altogether,” Gerry said.

“We’ve had a lot of dogs, a lot of good dogs, but I’ve never had one quite like this bloke; he’s just a little bit better than anything else I’ve had (and) I’ve had a very good run with dogs.

“Just his determination, he’s a real professional dog; he knows what it’s all about, his brothers (who both placed at Sale on Sunday) can run probably nearly as quick but they just haven’t got the brain or the determination.”

Taken with the breed at first sight, Gerry grew up rabbiting the sprawling paddocks of Heyfield with a giveaway greyhound at his side.

The hobby took a back seat through marriage and family commitments, but a greyhound or two could always be spotted in the Kleeven backyard, a tradition that has endured the test of time.

To this day the 72 year-old prefers to train just a handful of hounds at a time with wife Rose, who catches their runners on race night, and said it was all the more rewarding to see homegrown dogs succeed.

“You breed them and rear them, you’re with them everyday, the wife looks after them and you become so attached to them, they’re just like kids type of thing,” Gerry said.

“You’re up against all these top kennels… they get hundreds of dogs given to them to train and they’re so hard to beat because you’re only a little operation breeding a few pups, and hopefully in 18 months time they’re good enough to race.

“They get given dogs that are already trained and running colossal times, so that was a real achievement to beat them in a final like that (in Geelong) and hopefully we can do it again.”

Luca boasts an impressive record in Traralgon with two wins from as many starts, and Gerry is keen for a return to Glenview Park post-redevelopment.

In the meantime, the Kleevens will look no further than tonight’s heat, and the race that could define a 40-year career.