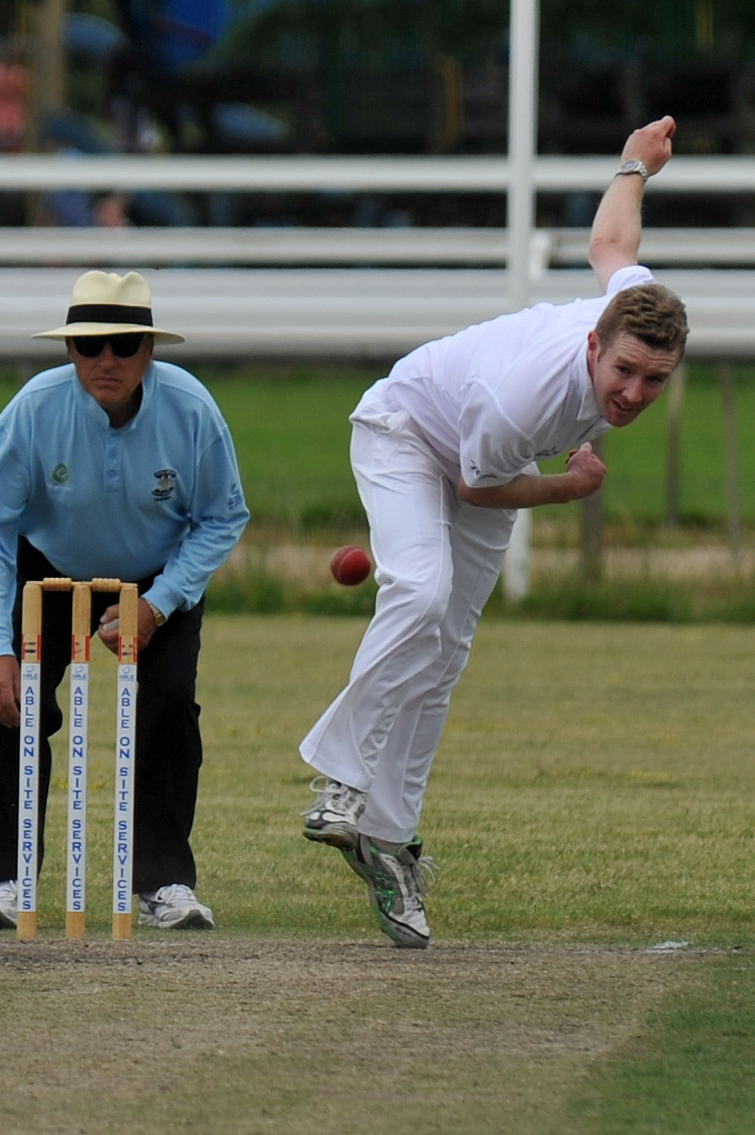 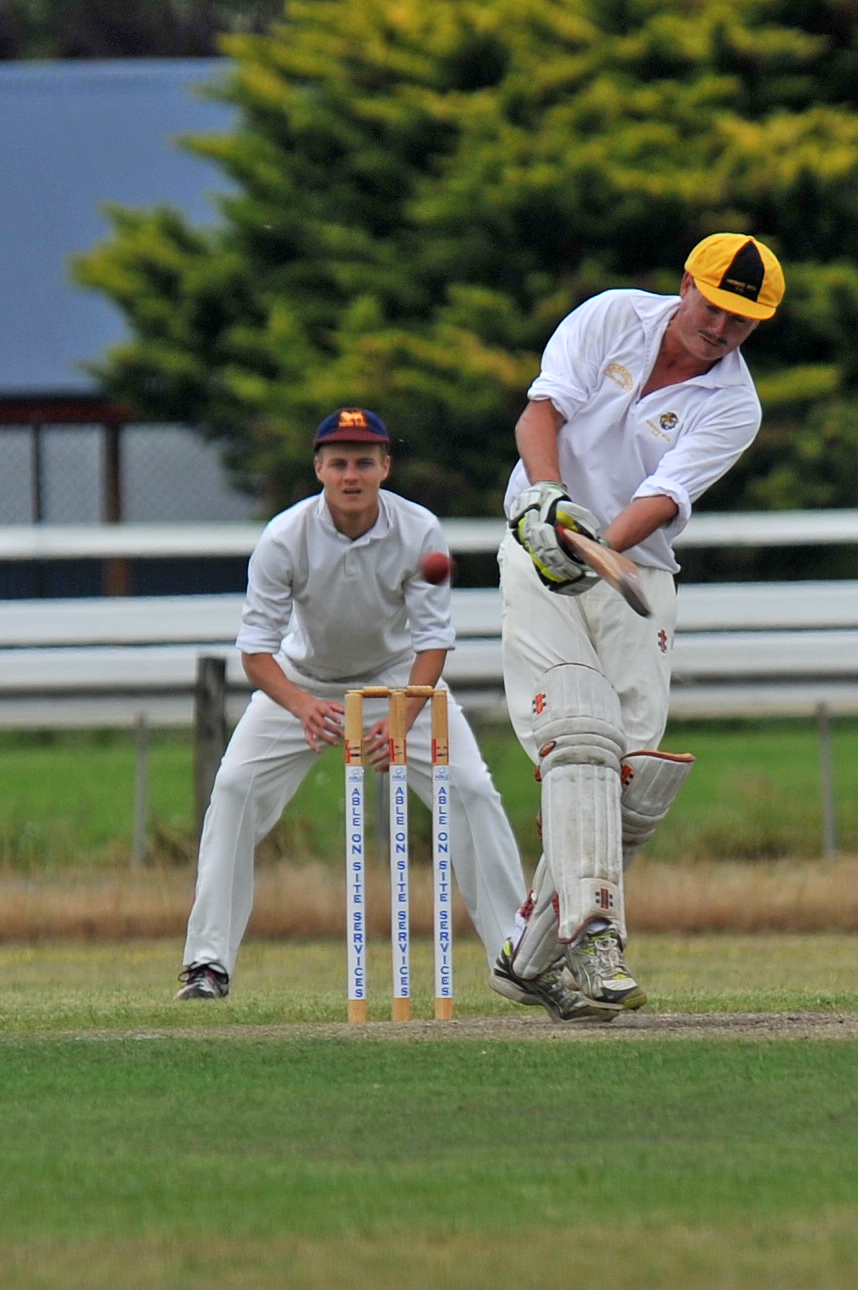 LIONS captain Andrew Philip was missing for day two owing to his wedding, giving a number of junior substitutes a chance in their round seven Energy Australia Cup match against Mirboo North.

Defending 183, the Lion cubs were given a tough introduction as Jed Alexander (28) and Shane Peters (51) did their best to put the game to bed early.

But wickets from Shane Zoch and Dylan and Nathan Lee, including Mirboo North captain Rob Phoenix for a duck, saw the Tigers in a spot of bother at 7/164.

Enter veteran Steven Rogers who calmly struck his first hundred, putting on 129 with Josh Taylor to take advantage of the Lions’ lack of experience.

Rogers’ ton from number nine in the batting order eventually came to an end when he was the last man out for exactly 100, stumped by Noah Kane off Zoch (3/91) who along with Nathan Lee (3/30) and Jai Massese (2/12) were some of the bright spots for Moe.

Trafalgar was reasonably confident of claiming first-innings points against Latrobe but ended up lucky to escape an outright loss.

The Ships lost their heads in the morning session to collapse from 3/58 at the start of play to be all out for 79, with no batsmen making it to double figures.

Chris Johnson used his unreadable slower ball to good effect in claiming 5/24, Kaushik Aphale strangled the batsmen’s scoring options and picked up 4/11 while key bat Will Cheatley was run out after a mix-up with young spinner Liam White.

The Sharks raced to 6/131 in 38 overs before declaring in their second dig with Aphale striking 61* and Matt Brewer chipping in with 30.

Cheatley was again the wicket-taker for Trafalgar with 3/31 while young gun Brodie Burgess took 1/3.

Trafalgar then slipped to 6/88 with Chris Robinson dismissed for nought and Aiden George followed shortly after.

Cheatley and Rhys Holdsworth then teamed up for a brief period with Holdsworth hitting an aggressive 38 before becoming Mark Lawrence’s first victim on the way to 3/4.

Mitch Cowell, Anthony Bloomfield and Brewer picked up the other wickets to fall.

Morwell was all out for 180 after resuming at 5/112 on day two of its clash with Thorpdale.

Gavin Bailey was the best for the innings with 20.

Shannon Pickering made short work of the Tigers’ tail with 4/21 while Kayne O’Connell snared 2/30.

Thorpdale was rumbled for 116 in its second dig, a one-run improvement on the first innings total as Fraser Smith (54) watched the batting card collapse around him.

Jason Richardson’s 32 was the only double figure score to accompany Smith’s half-century, as David Embleton (5/22) and Tim Dowe (3/19) proved too hot to handle.

A further 51 runs were needed for outright victory and Morwell managed it for the loss of no wickets, as Jesse Giardina (26*) and Craig Giddens (19*) saw the Tigers home in a big win.

Yallourn North batted on in the morning session with Tyler Brown red hot until bowled by Bulldogs captain Matt Coutts for 163.

Aidan Vesty was caught and bowled by Mark Whitney for 84 and the Bombers declared at 8/403.

Brandon Bailey was the only man to miss out in a big total, lbw to Coutts for zero, a wicket which saw the beleaguered Bulldogs skipper claim a bag of five, albeit at the cost of 137 runs.

Newborough had 63 overs to face before the close and collapsed to 3/2 with Robert Blunt and Mark Konndouras both falling to the first deliveries they faced.

Leigh Colgrave steadied the ship with 28 and John Murray calmed things down further with an excellent 66 in partnership with Coutts (30) as the Bulldogs looked set to cling on.

Rowan Kelly bowled well to pick up 4/20 but it was the skipper introducing himself to the crease that picked up the last wicket of Bailey Somerville to see the Bombers walk away with outright points, while the heartbroken Bulldogs will rue coming so close to saving the game only to come up short.

Roger Henry missed out on a century by three runs as the Tigers racked up 7/237 against Trafalgar.

The Ships were undefeated until a hammering at the hands of Latrobe last week and have been humbled again by a relentless Morwell lineup.

Rob Semmler (43), Michael Mooney (41) and Henry put the game beyond Trafalgar’s grasp before they even walked to the batting crease, with Darren Brown the Ships’ best bowler with 3/20.

John Asmussen hit 84 not out but Trafalgar ran out of overs and finished up 8/144 at the end of 45 overs.

Dean White took 4/44 with his leggies while Jack Sandy picked up 2/17 with the new ball.

Michael Zomer struck 110 and with help from Ash Halkett (42) and Kris Wells (36) the Sharks reached 6/255 against the Kookaburras.

Jeeralang-Boolarra notched up 6/200 against Moe with Dermott Leys (68) and Stan Urbanic (47) powering the total.

The Lions were all out for 141 with Glen Nijenhuis (4/29) the destroyer, the Lions second XI doing an excellent job attempting to match it with the Panthers’ first XI.

Yallourn North was bundled out for 126 against Saint Vincent’s.

Ryan Nelson top-scored with 38 and Jeremy Butler compiled 32 in his first game of the season.

The Saints then cruised past the total six wickets down as Norm Evans (38) and Andy Evans (21*) pulled the home side over the line.

Andrew Petrou (2/25) and Stephen Pearson (2/15) made the Saints work hard but in the end there was not enough runs to defend.

Matt Snell’s 51 ensured Mirboo North made a competitive total of 172 all out after David Ferguson snared 5/10 to clean up the tail.