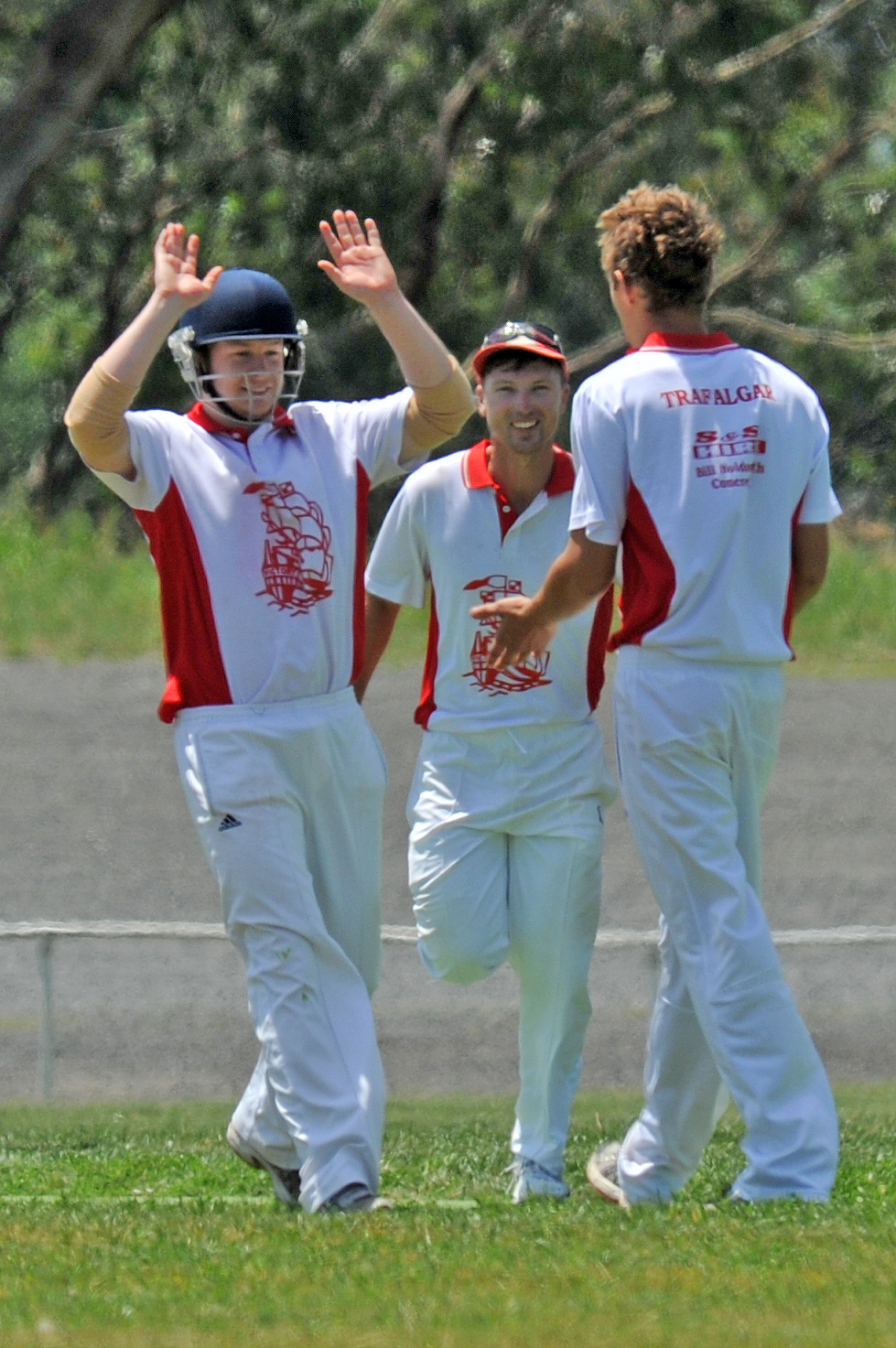 Morwell enjoyed a comprehensive victory over Yallourn North, posting 304 in response to the visitor’s 187 in the last EnergyAustralia Cup match before the break.

Even contributions from Craig Giddens (39) and Mark Cukier (36) backed up the major run scorers Jesse Giardina (60) and Brendan Brincat (81).

Yallourn North opened with the spin of Jeremy Butler but the left-armer was unable to extract any help from the surface, sending down 15 overs for a return of 1/64.

The much-vaunted pace quartet of Lucas Fry, Rowan Kelly, Glenn Sheekey and Brandon Bailey failed to fire before skipper Pat Spiteri took up the mantle, floating up 12.4 overs to claim 4/45. The Tigers were rarely in trouble although at 6/147 the match could easily have gone either way.

The Bombers struggled to build up periods of sustained pressure, and the Tigers cashed in on some loose bowling to help themselves to a confidence-boosting win.

Matt Brewer (33) and Kaushik Aphale (23) repaired some of the damage, but a middle order collapse had the visitors staring down the barrel at 5/107 with their main men back in the sheds. Jamie Brierley (39) and Daniel Siddle (32) made a fist of it but when Brierley ran out Siddle and then holed out the Lions sniffed a chance.

Andrew Philip brought himself back on to clean up the tail with 3/42, and bowled the home side to an unlikely victory.

Luke Mulqueen claimed 3/41 and Nick Clarke picked up 2/32 for the Lions.

MIRBOO North was unable to force the outright after a determined batting performance by Thorpdale saw the Blues close their second innings at 6/169.

The Blues were rolled for 126 in their first dig, Harvey Poole’s 25 the best effort by any batsman, as Pete Grima (4/20) and Steve Rogers (3/18) ran through the inexperienced lineup.

Phoenix enforced the follow-on, but was met with much sterner resistance the second time around as Kayne O’Connell batted through the innings to finish on 51.

O’Connell was helped along the way by Shannon Pickering, who made 53.

Liam Smith was the Tigers’ best in the second innings with 2/36.

TRAFALGAR wrapped up a straightforward outright win against Newborough, declaring at 4/210 thanks to captain Rhys Holdsworth (53*), Will Cheatley (36*) and James Blaser (79).

The hapless Bulldogs were flattened for 75 in their second innings when father and son duo Leigh Colgrave (17) and Royce Colgrave (21) were the only bats to post double figures.

JEERALANG-BOOLARRA had a tight win over Mirboo North with Craig Blackberry’s 82 the only decent score in an innings of 148.

Dermott Leys was unable to add to his 465 runs before Christmas, dismissed for a duck while his captain Stan Urbanic found the going a lot tougher as well.

Woodall then struck 38 but lacked support from his teammates – Riley Oddy’s 27 the only other major contribution.

Peter Gilpin (4/24) did the bulk of the damage as the Panthers put down the Tigers for 131 to get out of trouble.

TRAFALGAR dismissed Rawson for 123 despite a 50 from Ben Rotheram as David Bremner tore the batting card apart with 5/15.

With a number of experienced and talented players the Ships hit a massive snag at 9/110, relying on tailenders Brett Cameron and Mathew Lowe to get them home.

Rotheram (3/33) and James Fleming (3/41) bowled well and were unlucky to miss out on a famous victory.

MORWELL posted 165 against Yallourn North, with plenty of bats throwing away starts as only Rob Semmler (32) broke past 20.

Nathan Donnet picked up 3/16 to restrict the Tigers.

The Bombers were rolled for 67 in reply.

Legspinner Dean White bamboozled the opposition bats to finish with 5/19.

LATROBE was humbled for 87 by Moe.

Kris Wells’ 27 was the only decent contribution in a mediocre batting performance.

Thomas Wilson, Owen Kelly and John James all picked up three wickets each to put down the Sharks.

TRAFALGAR all-rounder Rhys Holdsworth has been named in the 13 man Victoria Country squad for the 2015 Australian Country Cricket Championships in Bendigo.

The tournament will consist of two two-day matches and three one-day fixtures.

The Australian Country Cricket Championships will be staged from January 5 to 12.