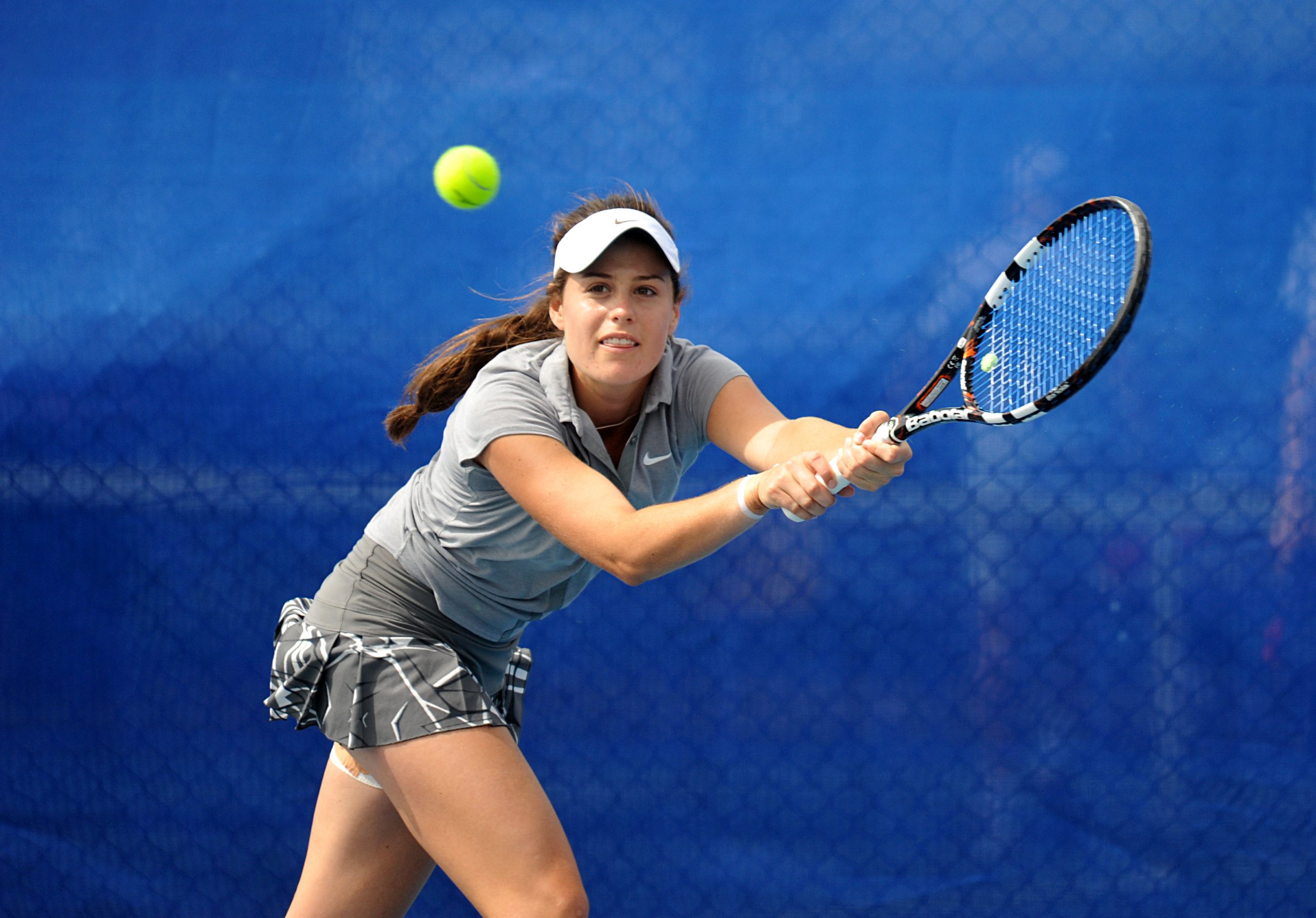 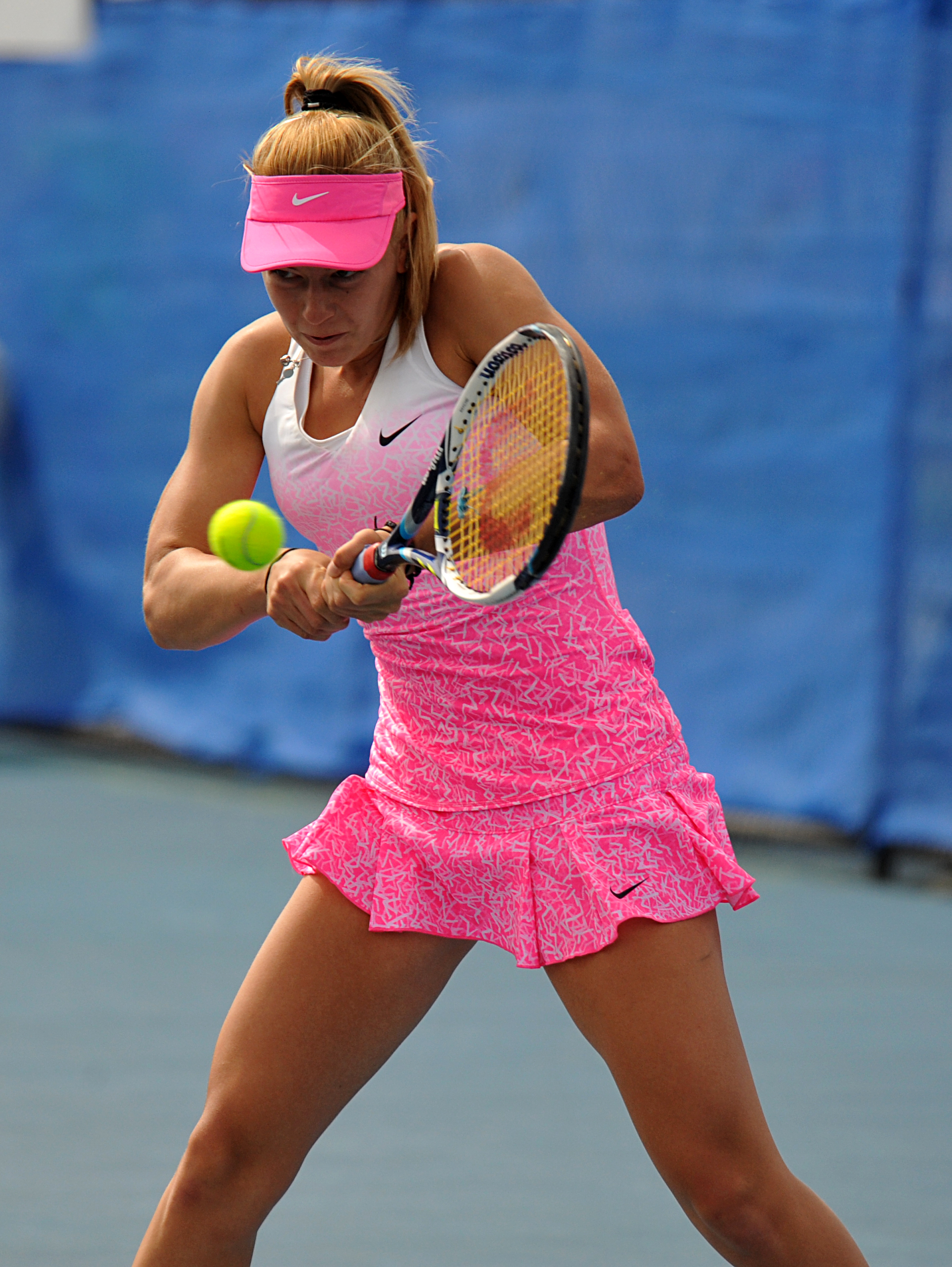 The boys’ tournament was won by Korean Seong Chan Hong,

The last Australian standing in either singles draw fought back from a set and 0-3 down to score a gutsy victory over Hungarian fourth seed Dalma Galfi in two hours and 33 minutes on centre court.

In her third visit to Traralgon, Birrell put on her finest performance to emerge from the clash 2-6, 7-6, 6-4 exhausted but elated.

“I was just really focusing on winning each point, not thinking too far ahead and just concentrating on fighting for every shot and every point, and I think that’s what I did to the end of the match, so I’m pretty happy.

“I was having trouble breaking her serve at the beginning of the match, she has a really good serve, so when I started to pick her serves a bit more and return a little better… that gives me confidence to break her.”

Fifth seed Birrell dropped her bundle at 2-2 in the first after a tight line call went against her, and never recovered as Galfi cruised to a set lead.

At 0-3 and facing a second break point for the set it looked like curtains for the 16 year-old Aussie, but a big backhand winner down the line followed by some spirited baseline play saw Birrell hold serve at 1-3.

An audacious Birrell crosscourt volley near the net brought the following game to deuce, and a timely break ensued to put the set back on serve. Visibly frustrated, Galfi’s mistakes began to pile up, culminating in a racquet toss when Birrell claimed a second break and fourth straight game to lead 4-3.

However, the Hungarian refocused after dropping to 0-30 in the following game to immediately break back to lead 5-4 on serve.

Serving to stay in the match down 5-6, Birrell survived some tense moments at 30-30 to force a tie-break, which she dominated to build a quick 6-0 lead before a Galfi double fault handed her the set.

The third was a topsy turvy affair with neither player able to hold serve consistently.

Birrell survived two break points at deuce to lead 1-0, but Galfi held serve then broke to take the advantage 1-2.

The following three games were all breaks to love, marking four consecutive games to the receiver before Birrell finally bucked the trend on serve to lead 4-3.

Galfi’s previously strong service game failed her at 4-5 down, as Birrell claimed her first of two set points to advance to the final four.

The victory doubled as a birthday present for her coach, Chris Mahony. At the time of going to print Birrell was scheduled to play the unseeded Tessah Andrianjafitrimo in the semi-final.

Following Traralgon her focus will turn to the Australian Open juniors next week, where she reached the semi-final last year.

Chan Hong was scheduled to play Sumit Nagal of India, who received a walkover from third seed American Taylor Fritz, in the semi-final, while Tim Van Rijthoven [10] and Alexander Bublik were due to face on the other side of the draw.

Narre Warren local Destanee Aiava reached round three in the girls’ draw before bowing out 6-1, 6-1 to Margot Yerolymos of France.

The finals will be held today at Traralgon Tennis Association.