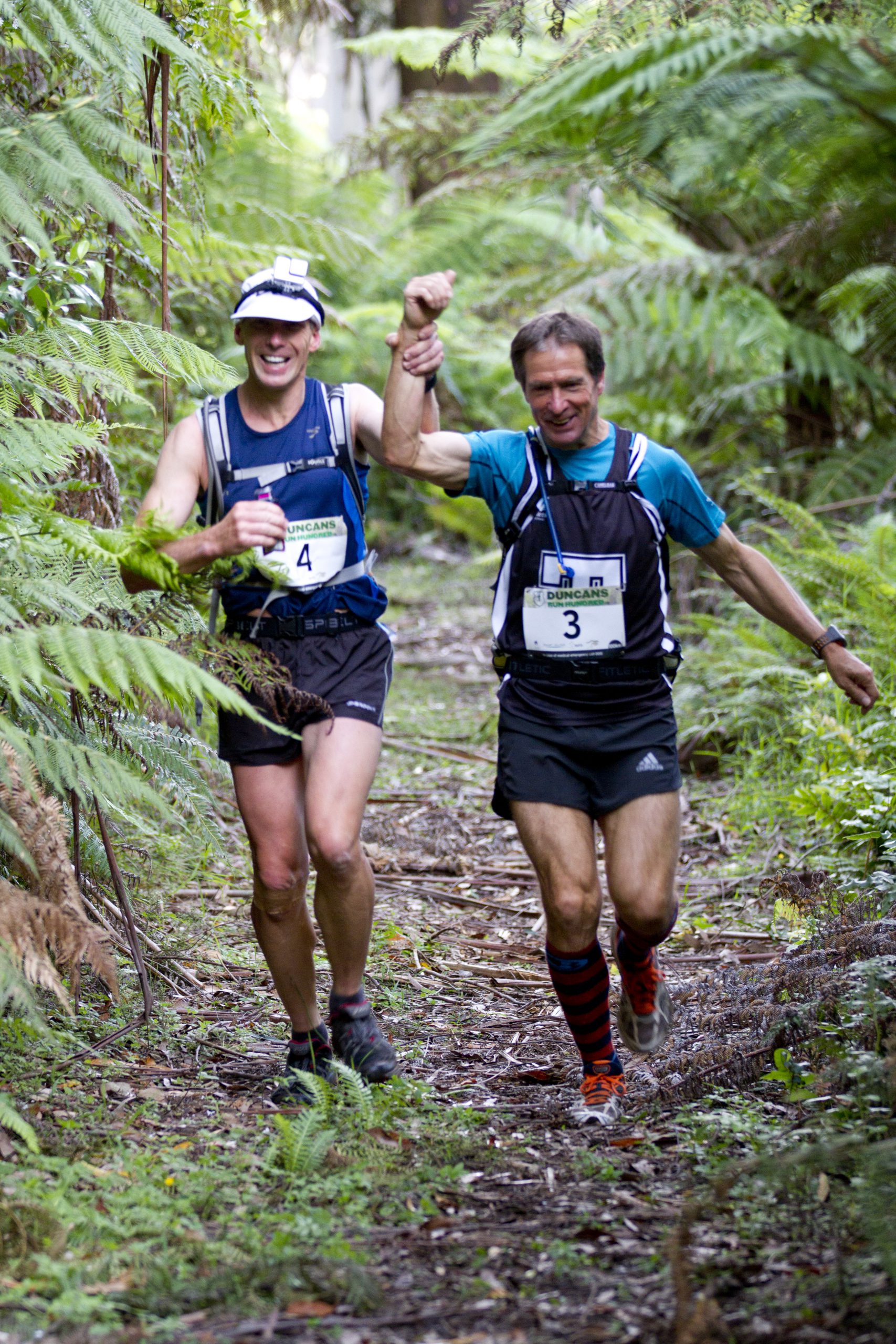 FOR Ian Twite, running 100 kilometres along the Grand Strzelecki Track was not about the finishing time, the bragging rights or even completing the distance.

It was a chance to remember his fellow Traralgon Harrier and friend, Duncan Orr.

The 59 year-old took up the solo challenge of the Duncan’s Run Hundred ultra-marathon trail run to live out his late mate’s dream, and along with Darrel Cross ensured local representation in the field after missing out through injury in its inaugural year.

It was also a tribute to Duncan’s wife Anna Orr and his family and friends for their efforts in organising the event.

The early stages set the tone as Twite, Cross and fellow Harriers ran abreast and spoke about what the day would have meant to Duncan.

“It really set the mood for the day, it was more like doing it for Duncan than doing it for yourself,” Twite said.

“There was a lot of emotional feeling around it and I think that was the main driving force, especially having other Harriers there that knew Duncan and having Anna and all Duncan’s friends and family who I all know real well organising the event – it was more doing it to show appreciation for their hard work.”

As he delved further into the Tarra Bulga bush and temperate rainforest, the difficulty of the undertaking, Twite’s first 100km trail run, soon became apparent.

Drawing on the experience of 100km and 240km road runs, Twite found his groove after about 5km and never looked back, taking in the splendour of the scenery.

“It was far better than what I thought it would be… my aim was to finish and not go out too hard and destroy myself… every corner there was something else to see and a new challenge, it was quite an entertaining run,” he said.

“The whole idea of the event is to highlight Gippsland and what’s available in Gippsland, and I found myself always looking and thinking ‘I didn’t know that river was there, I didn’t know that waterfall was there’, there’s just so much to see as well.

“It really shows you how much is actually out there.”

Before, during and immediately after the race, Twite maintained this would be his first and last such event.

The following morning he pulled up well and changed his tune.

“I always had in my mind I’d only do it once, but then when I woke up the next day I thought ‘jeez I’ve got to do that again’ it was just such a great experience, so I’ll definitely do it again next year,” Twite said.

Twite crossed the finish line in ninth place, after 14 hours, 27 minutes and 53 seconds of hard physical toil, a lion-hearted effort worthy of the run’s namesake.