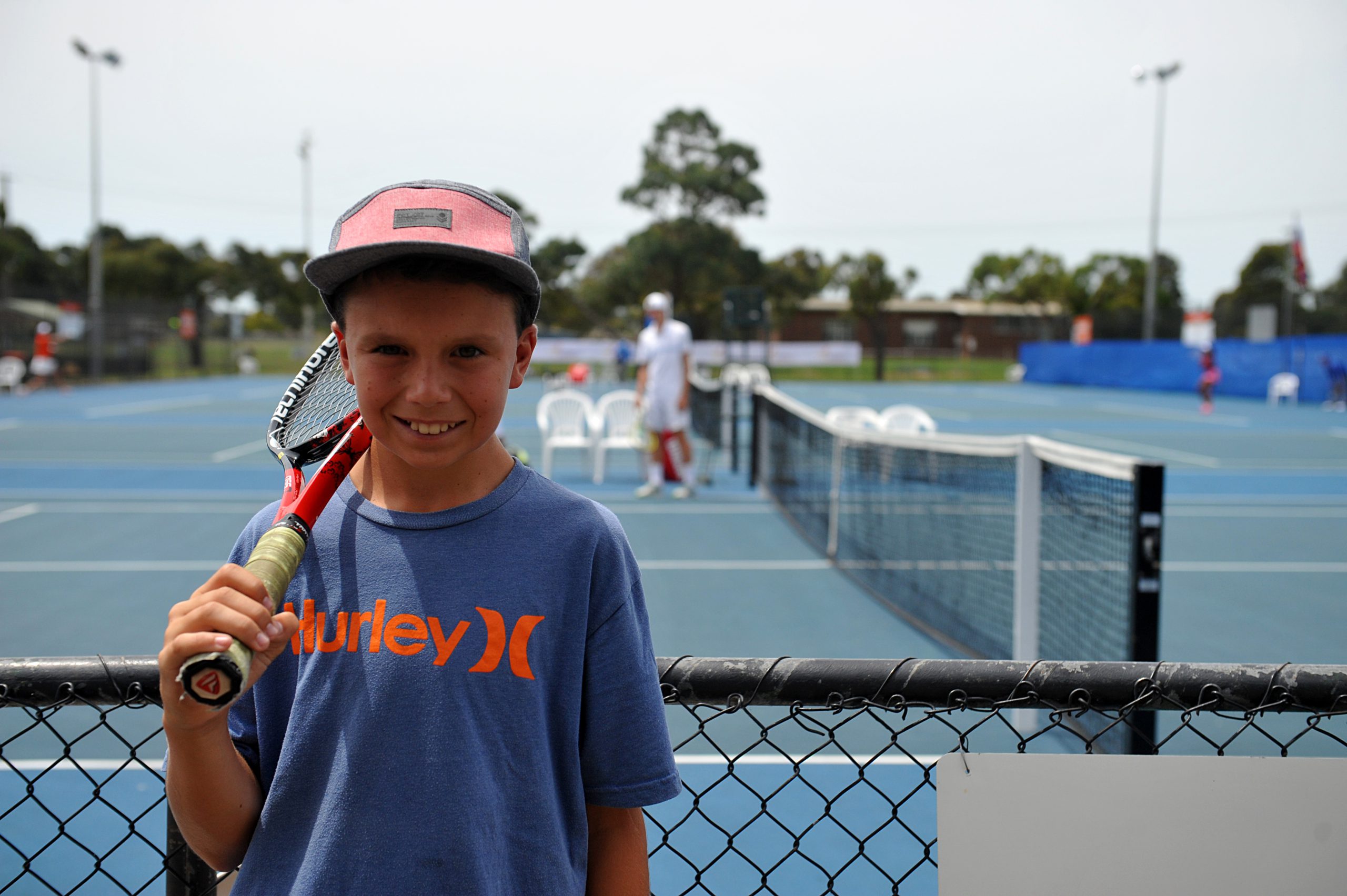 TRARALGON’S Ben Grumley was a keen spectator at last week’s ITF Junior International tennis tournament, and the day may soon come when he competes in it.

The 13 year-old helped Victoria Country to a runner-up finish at the Foundation Cup Interstate Challenge at Royal South Yarra this month, showing his class against some of the nation’s top juniors.

Ben dropped just three ties, one singles and two doubles, throughout the round robin against Australia’s other state teams of four playing as Victoria’s number two.

“It was a really good tournament, some really good people there especially the number one from New South Wales, I don’t think he lost a singles,” Ben said.

Coached by Graham Charlton at Traralgon, the talented junior had to adjust his game plan throughout the competition to counter some strong opposition.

“It was a big step up, all the teams… had really good players and some of the matches were really tough,” he said.

“I’m usually an attacking player, so if I played someone who was just getting the ball in, I had to change up my game to suit theirs.

“(Overall) I just gained a bit of experience and confidence with my tennis.”

Traralgon clubmate and Inverloch local James Mercer was also selected but could not partake due to overseas travel.