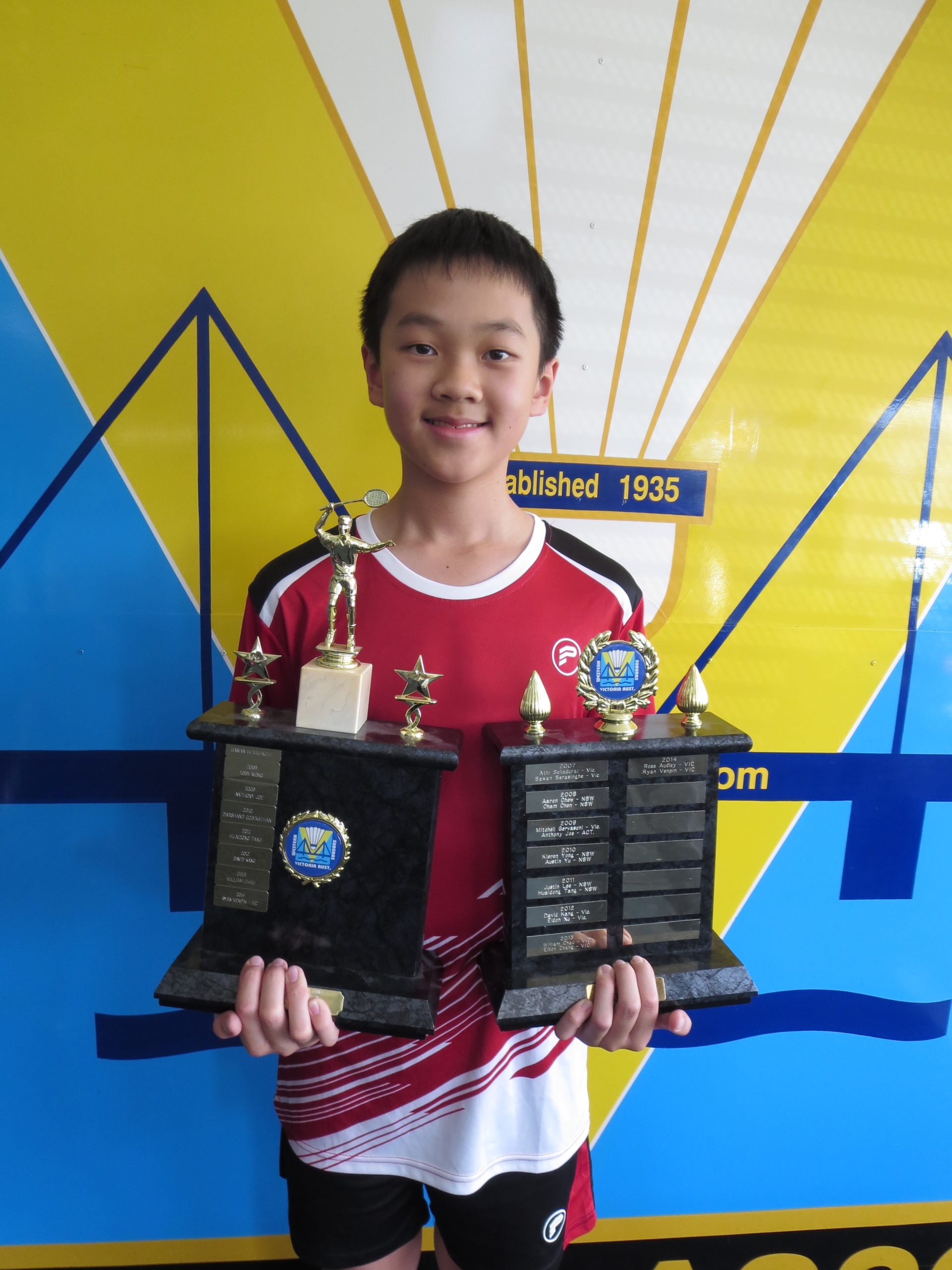 Ryan won both the singles and doubles events in the under 13 division for the second consecutive year.

The defending champion was an emphatic victor in the singles, winning his quarter final 30-12 against Rio Agustino from New South Wales, the semi-final over Ethan Chen (NSW) 30-19 and the final against Ross Audley, his doubles partner, 30-13.

In the doubles event, Ryan and Ross defeated another pair from Victoria, Jack Yu and Otto Zhao 30-18.