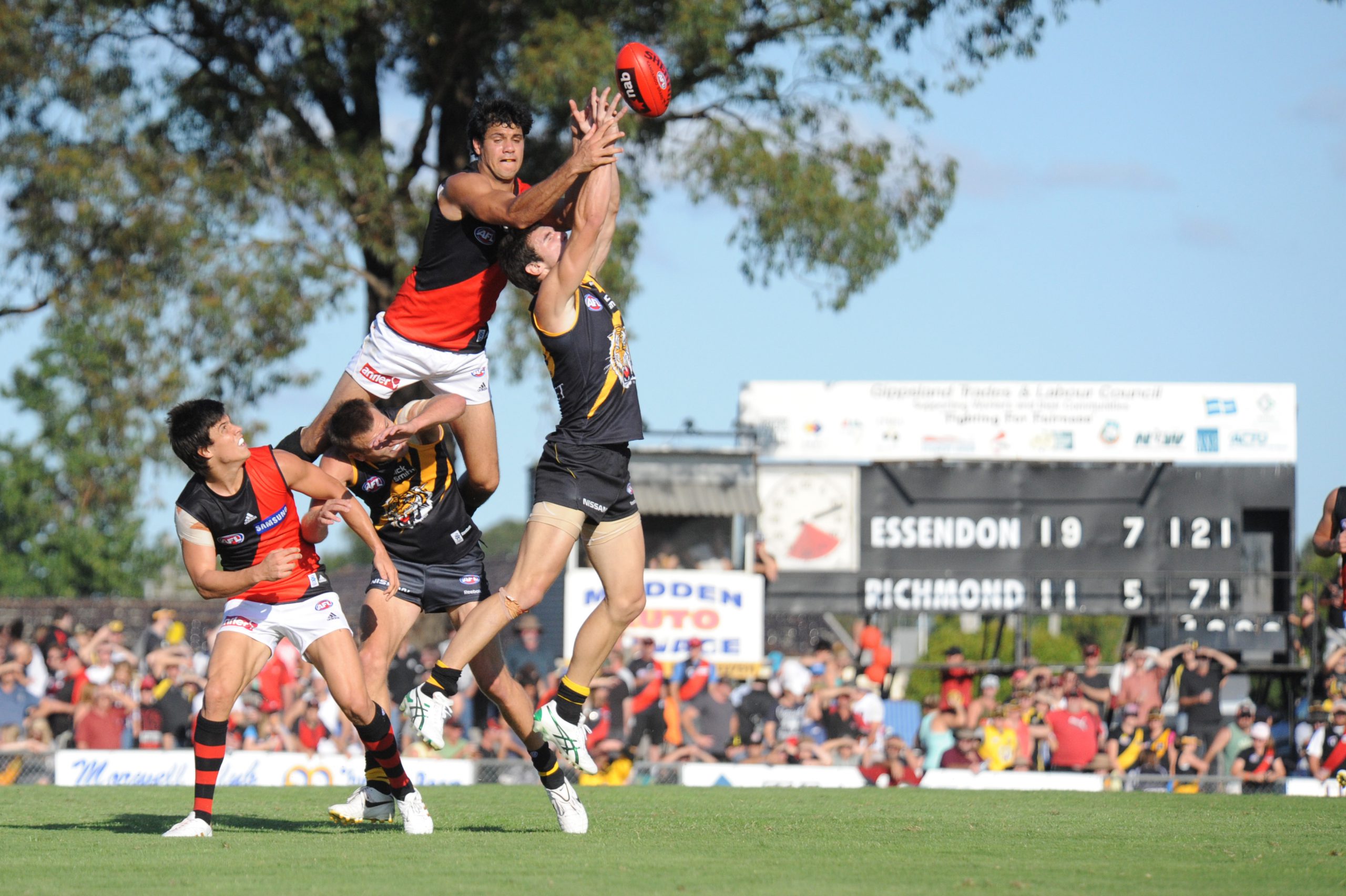 UNCERTAINTY over potential Essendon anti-doping suspensions will not derail the Bombers’ NAB Challenge match against St Kilda in Morwell next month, according to both the club and league.

About half the club’s senior list face charges, and the case against 34 past and present Dons players was adjourned last Thursday by the AFL Anti-Doping tribunal until 16 February.

The panel is expected to take up to a month to deliberate on the case, likely leaving the player suspensions in limbo ahead of the club’s NAB Challenge match in Morwell.

Both Essendon and the AFL have stated the 7 March match was still on the cards.

Bombers chair Paul Little released a statement concerning the situation and the club’s involvement in the NAB Challenge series.

“It is important to clarify that any suggestion we will not be playing is premature,” the statement read.

“As it stands, our players who have been issued with infraction notices can have their provisional suspensions lifted at the discretion of the AFL Commission.

“However, it is unclear if this would impact the ability of a player to use this time against a potential sanction in the event of a guilty finding.

“We hope to have clarity on this complicated and unprecedented matter in the coming weeks and are working closely with all of the relevant parties to ensure we reach a satisfactory outcome for our players as quickly as possible.”

AFL spokesperson Patrick Keane said the league had not bought into speculation surrounding Essendon’s potential withdrawal and the planned fixture would continue as normal.

Morwell last hosted an Essendon pre-season match in 2010 against Richmond.

Council’s general manager, planning and economic sustainability, Phil Stone said there had been no suggestion of any change to the fixture.

“Neither the AFL nor Essendon FC have advised Latrobe City Council of any change to the NAB Challenge Match currently scheduled to take place on Saturday, 7 March at Morwell,” Stone said.