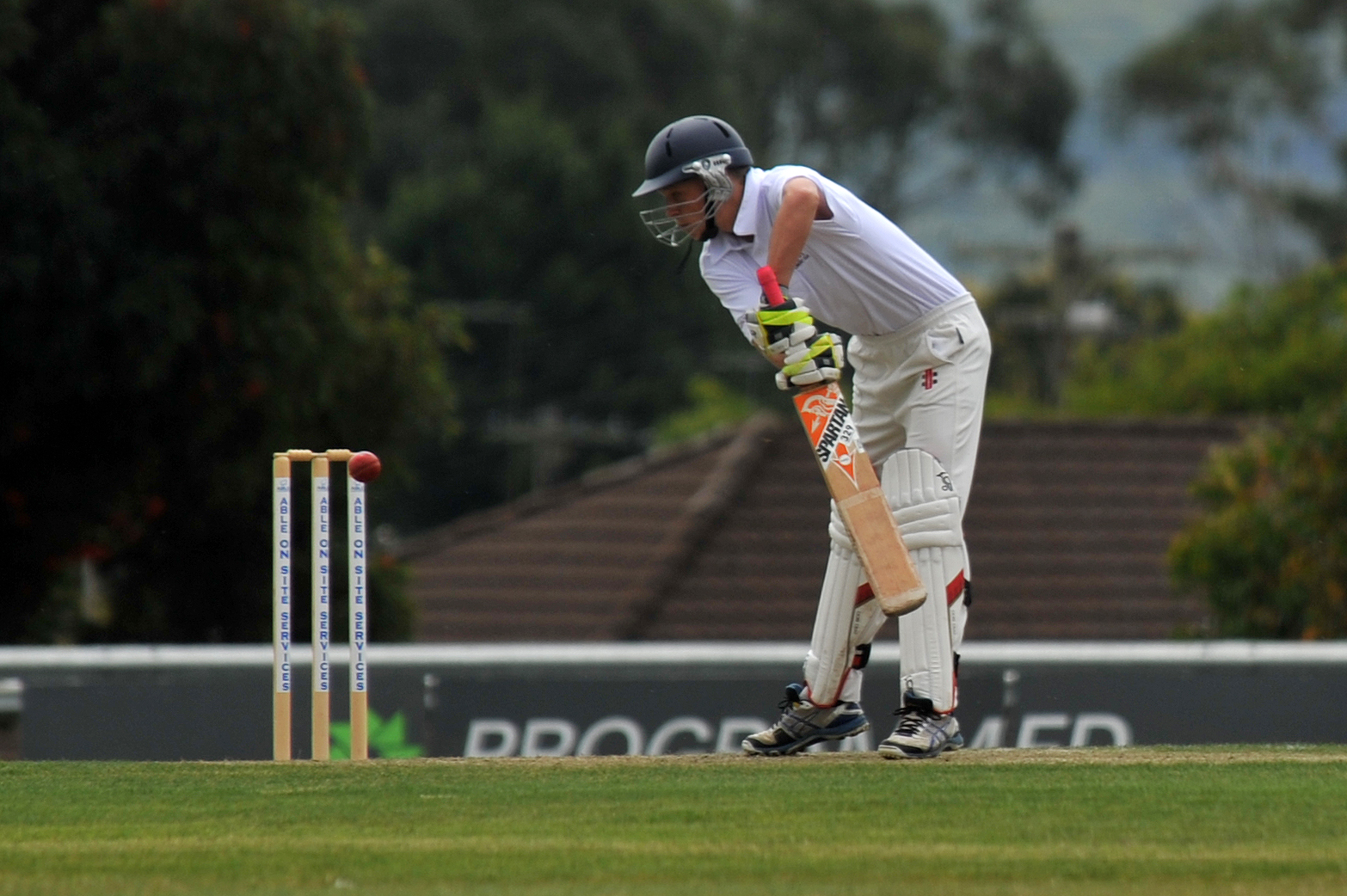 What followed was a lesson to the aspiring finalists, as they were schooled on the art of batting by Rob Phoenix, who struck an elegant century.

Mirboo North passed its opponent’s total with complete ease, rarely troubled by the efforts of Trafalgar’s strike bowler Will Cheatley, who wheeled down 27 overs in a herculean effort, but could only claim figures of 3/90.

By the time Daniel Heathcote finally removed Jed Alexander for 62, Mirboo North was already 19 runs ahead with six wickets left in the shed.

Trafalgar was given a brief sniff when Cheatley and Rhys Holdworth got rid of Callum Buckley and Cameron Le Page in quick succession, bringing number eight batsman Peter Grima to the crease.

Nathan Simpson had the centurion Phoenix caught behind by James Blaser for 104, but Grima proceeded to rub salt into the wounds of the Trafalgar bowlers, striking an aggressive 88 in partnerships with Steve Rogers (29) and Jarrod Speed (41*).

By the time Mirboo North had faced the remaining overs it had taken its score to 9/382, sending a firm message to Trafalgar and to the rest of the teams in the league.

Morwell was 52 runs in arrears at the start of the second day, and needed quick wickets in order to heap the pressure on Moe.

The new-ball pairing of Brendan Brincat and skipper Davin Charleston managed to achieve just that, reducing the Lions to 5/37 with the dismissal of Nathan Lee for his second duck of the match.

It looked like the visitors had clawed their way back into the match, but a critical 56-run partnership between Aaron Walshe (38) and Jayden Mathison (24) put Moe firmly in command, before Charleston tossed the ball to Jesse Giardina, who had Mathison caught by Brincat.

The Lions’ tail folded cheaply and the innings was polished off by Morwell’s captain, who finished with 6/38.

The home side ended up all out for 118, leaving Morwell to chase 170 runs for second innings points on a treacherous wicket for the batsmen.

The Tigers got off to an excellent start, putting on 21 without loss before Nick Clarke claimed the breakthrough wicket of Rob Semmler.

Mark Cukier and Michael Mooney both followed without scoring as Clarke tore through the top order en route to figures of 5/20, ably supported by Mathison, who claimed 2/26.

At 8/40 Morwell was dead and buried, however Dylan Day and the returning Brandon Francis were determined to salvage some pride and got stuck in.

The pair added 54 before Shane Zoch got the breakthrough, and when Joel Mitchell caught out Francis the Tigers were gone for 101 and consigned to outright defeat.

Yallourn North captain Patrick Spiteri declared overnight with a lead of 54 runs, in an effort to give his side the maximum number of overs to bowl Thorpdale out for a second time.

The Blues had several batsmen get starts but were ultimately let down by the inability of those batsmen to go on and cash in.

Ayden Kelly (27) and Fraser Smith (34) managed to get a settled partnership before Spiteri took advantage of a mixup to run Smith out.

Jason Richardson (21) and captain Boyd Bailey (18) got set and then found ways to get out as Thorpdale was eventually dismissed for 148, leaving Yallourn North 94 runs to achieve an outright victory.

Josh Keyhoe (21) and Lucas Fry (27) put on 45 for the first wicket, and when Jeremy Butler was dismissed for nought right after Fry was LBW to Richardson, the Blues were hoping to effect a twist in the tale.

Tyler Brown (31*) and Aidan Vesty saw the Bombers comfortably to the target, wrapping up an important outright victory for Yallourn North.

Latrobe began its second innings against Newborough at high speed, with Justin Vajler (92) punishing the bowlers after the early dismissal of Anthony Bloomfield for 18.

Matt Brewer joined Vajler at the crease and the pair proceeded to add 173 to the total before Vajler was caught trying to manoeuvre the strike to get Brewer facing.

Sharks captain Brendan Evans called time once Brewer reached three figures, his first such effort at any level, declaring after 25 overs and a second innings total of 3/226 and setting the Bulldogs an unlikely 431 to chase.

Chris Johnson removed both openers for nought bringing Mark Whitney to the crease, who proceeded to put away all his shots in an effort to survive.

He lacked partners with the same focus, as the Bulldogs order was outfoxed by Johnson, who picked up 7/16 and ended with match figures of 13/40 as Newborough was dismissed for 37 in 25 overs.

Whitney carried the bat for 4*, while last-man Alan Young top-scored with an aggressive 10.