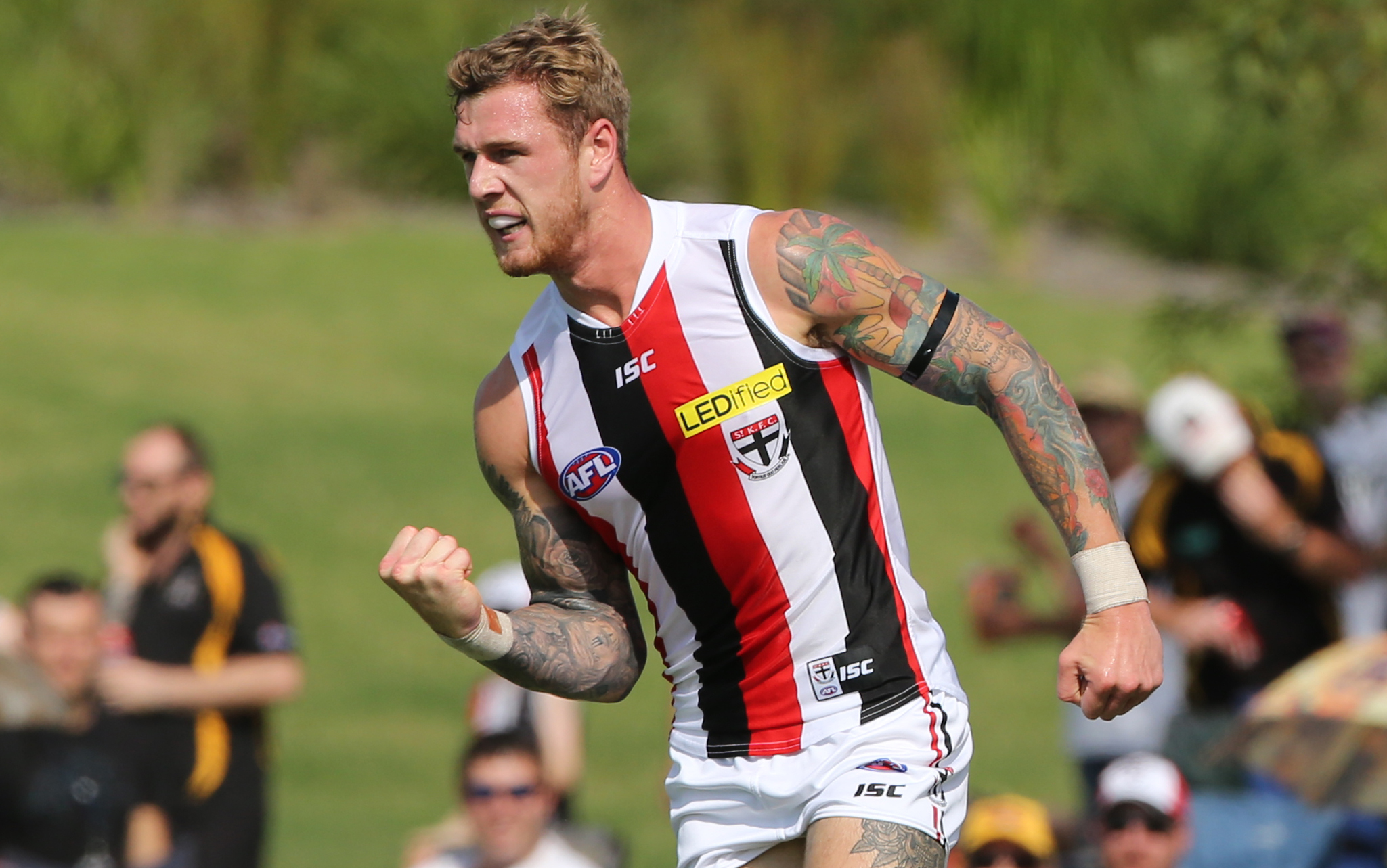 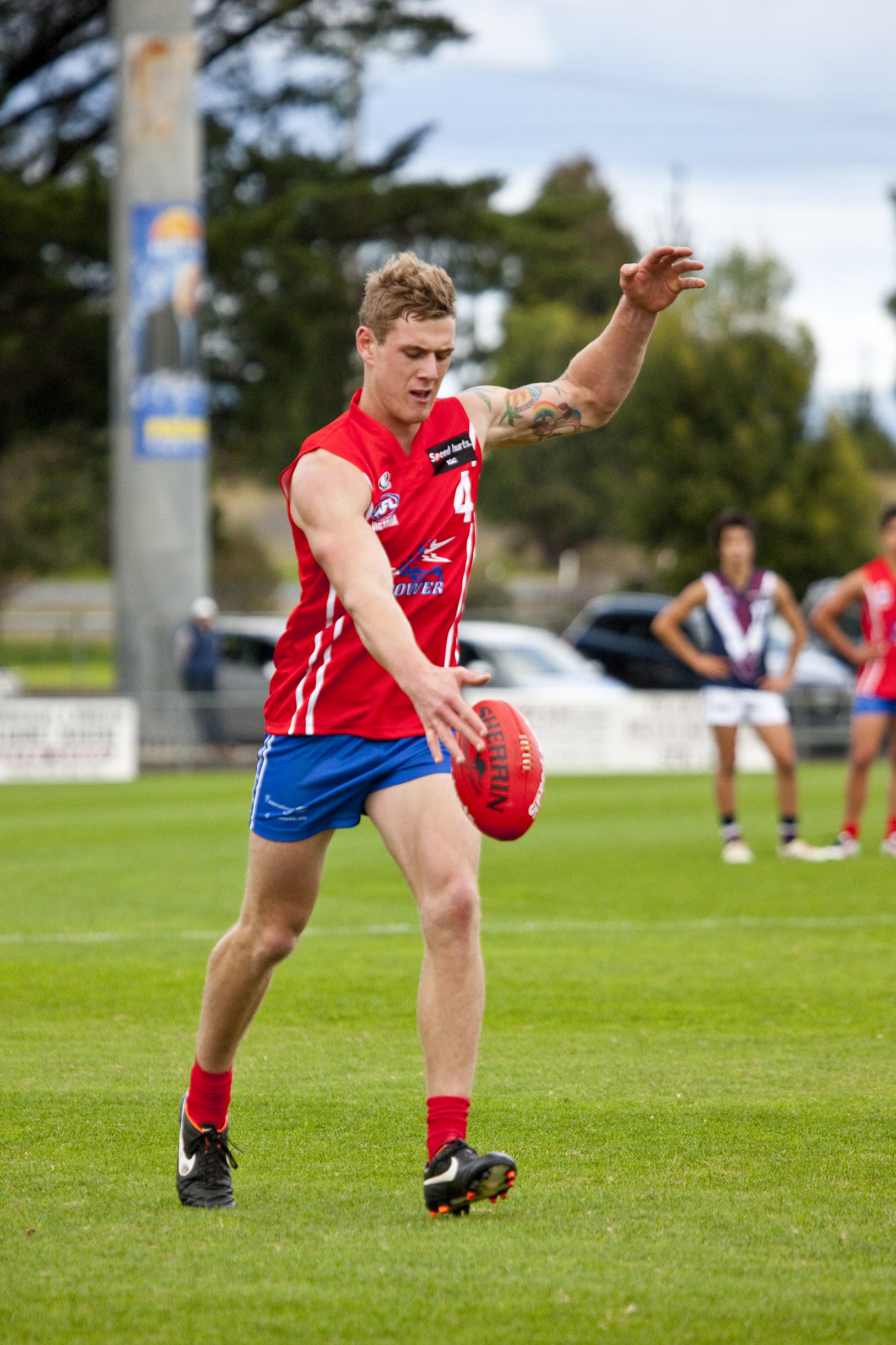 THE setting for Saturday’s NAB Challenge match between St Kilda and Essendon will be foreign to most involved, but one man will feel right at home.

Saints recruit Tim Membrey has spent plenty of time at the centre of the Morwell Football Ground with Gippsland Power, a venue he used to boot bagfuls at for fun.

The Traralgon local kicked 49 TAC Cup goals in 2012 as captain of the Power before being drafted to Sydney, with more than a few coming at the Travers Street base.

Three years and two AFL clubs later, a couple of Membrey six-pointers in Morwell would mark a magnificent return.

“We had a lot of close games there and a lot of good wins. Hopefully this weekend I can bring some of that luck back and get a nice win for everyone that comes out to watch,” Membrey said.

“It’d be pretty exciting if I was lucky enough to sneak a goal or two in, but for me as a medium-sized forward it’s just more the pressure side of things I’ve been working on, trying to lay some big tackles and just really put my opposition under the pump.”

The 20 year-old bagged a first quarter major in the Saints’ first up NAB Challenge loss to Brisbane last week, and will be on the hunt for more on Saturday.

While the team for the Morwell match was not yet finalised at the time of going to print, Membrey had his fingers crossed to be part of another fixture in St Kilda colours.

“If I’m lucky enough to be in the side and all goes to plan it’ll be very exciting for me to come home,” he said.

“I’m starting to get a few texts now from family and friends wanting me to let them know if I’m playing.

“That’d be a benefit for me that I know the ground pretty well… I’ve played a lot of footy there and to be coming home and playing on a ground where hopefully there’ll be a lot of fans is quite exciting for me.”

Essendon has demanded most of the attention leading into the clash, with half the club’s list missing due to ongoing anti-doping investigations.

The Bombers have been ‘topped-up’ by a cluster of six former AFL players looking for another chance at the highest level.

Despite the media circus surrounding the saga, Membrey said the Saints had avoided the furore.

“Whatever happens with Essendon and whatever team they play… that’s not in our control so we’ll come out there, stick to what we’re working on and try to play a good brand of footy,” he said.

Membrey was drafted by Sydney at pick 46 in the 2012 National Draft, where he made just one senior appearance in two years.

The 188cm medium forward slotted 105 North East Australian Football League goals from 41 matches while at Sydney, but was unable to break into a formidable forward line including Lance Franklin, Kurt Tippett and his club mentor Adam Goodes.

The Swans delisted Membrey to allow a move to the Saints, where he has fast found his feet.

“It’s been really good so far, starting to build some good relationships with the boys and each day really enjoying coming to the club and getting familiar with everything, taking it day-by-day and I’m settling in good now,” Membrey said.

“It’s been a very tough pre-season… we went over to New Zealand pre-Christmas and then post Christmas got back into some hard running again, now it’s all very exciting. It feels like the season is getting a bit closer because we’re starting to play some games.”

The Essendon versus St Kilda match kicks off at 4.40pm on Saturday at Morwell Recreation Reserve.