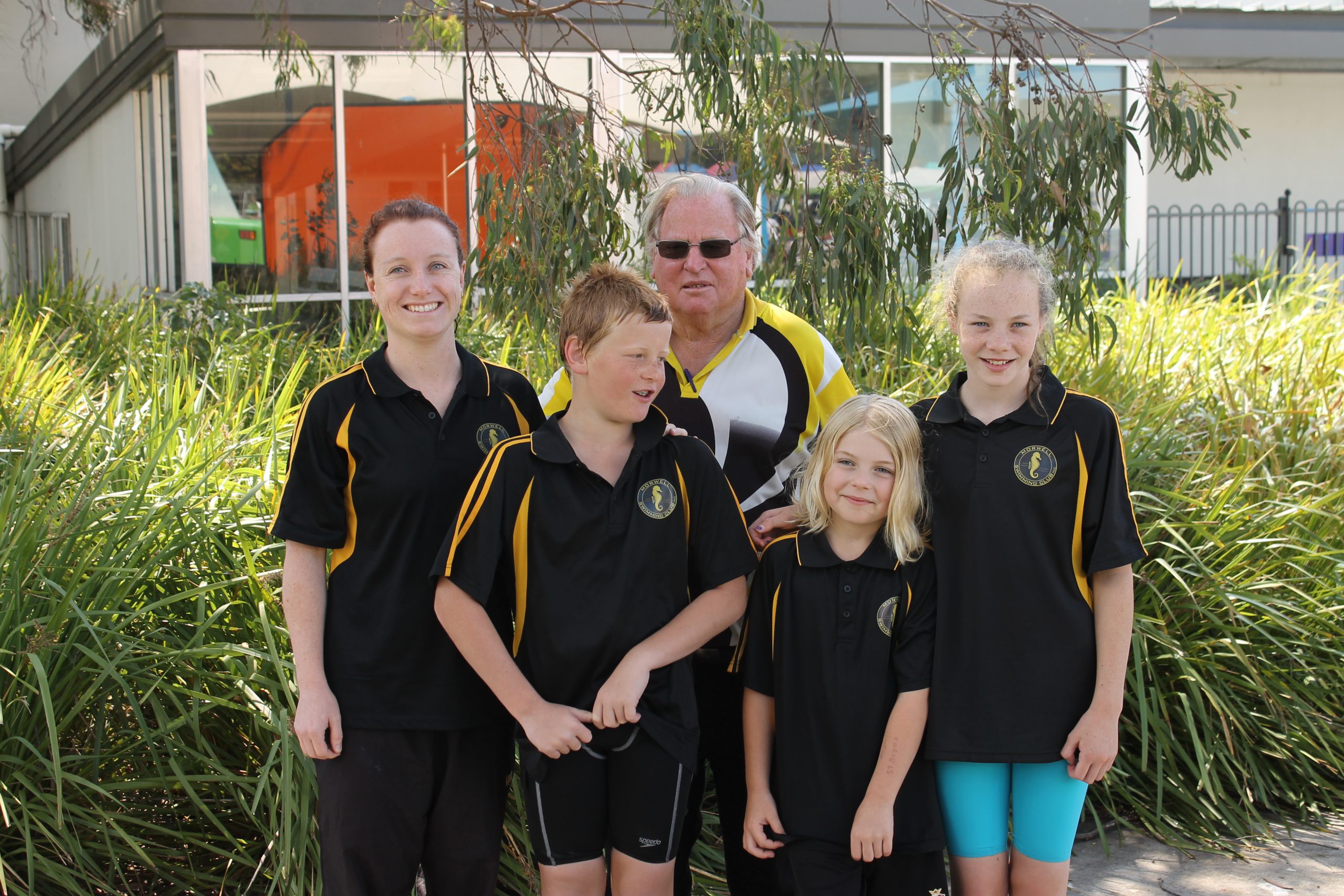 MORWELL Swimming Club excelled at the recent Gippsland Swimming Championships in Sale, claiming three medals and a host of personal best times at the three-day meet.

Four of the club’s finest swimmers competed, winning one gold and one silver medal.

Kaja Tierney was victorious in the girls’ eight and under 50 metre backstroke.

Her swim was a second faster than her previous best time, and marked her first Gippsland Swimming Championships medal.

Kaja placed fifth in both her 50m freestyle and butterfly events, taking one second off her freestyle time and a whopping 4.6 seconds off her butterfly best.

She also swam four seconds faster than her personal best time to place seventh in the 50m breaststroke final.

Hayden swam close to his best times in all his events and took two seconds off his 50m breaststroke time.

Teesha Stewart (12) competed in the girls 11-12 years age group, shaving a combined 47.8 seconds off her times to swim personal bests in all six of her races.

Her biggest improvement was 14.5 seconds in the girls 12 and under 200m freestyle.

Senior swimmer and assistant coach, Melissa Scholes, came home with a silver medal for the women’s 25 and over 50m freestyle, narrowly missing gold by 0.07 seconds.

Scholes made the finals in all four strokes of the girls’ 17 and over age group, placing fourth in the 50m butterfly, sixth in the 50m backstroke, and fifth in the 50m breaststroke and 50m freestyle events.

She also raced in three open age events, with her highest placing 11th in the girls open 100m freestyle and swam a personal best time in the open 100m backstroke in her 23rd year competing at the Gippsland Swimming Championships.