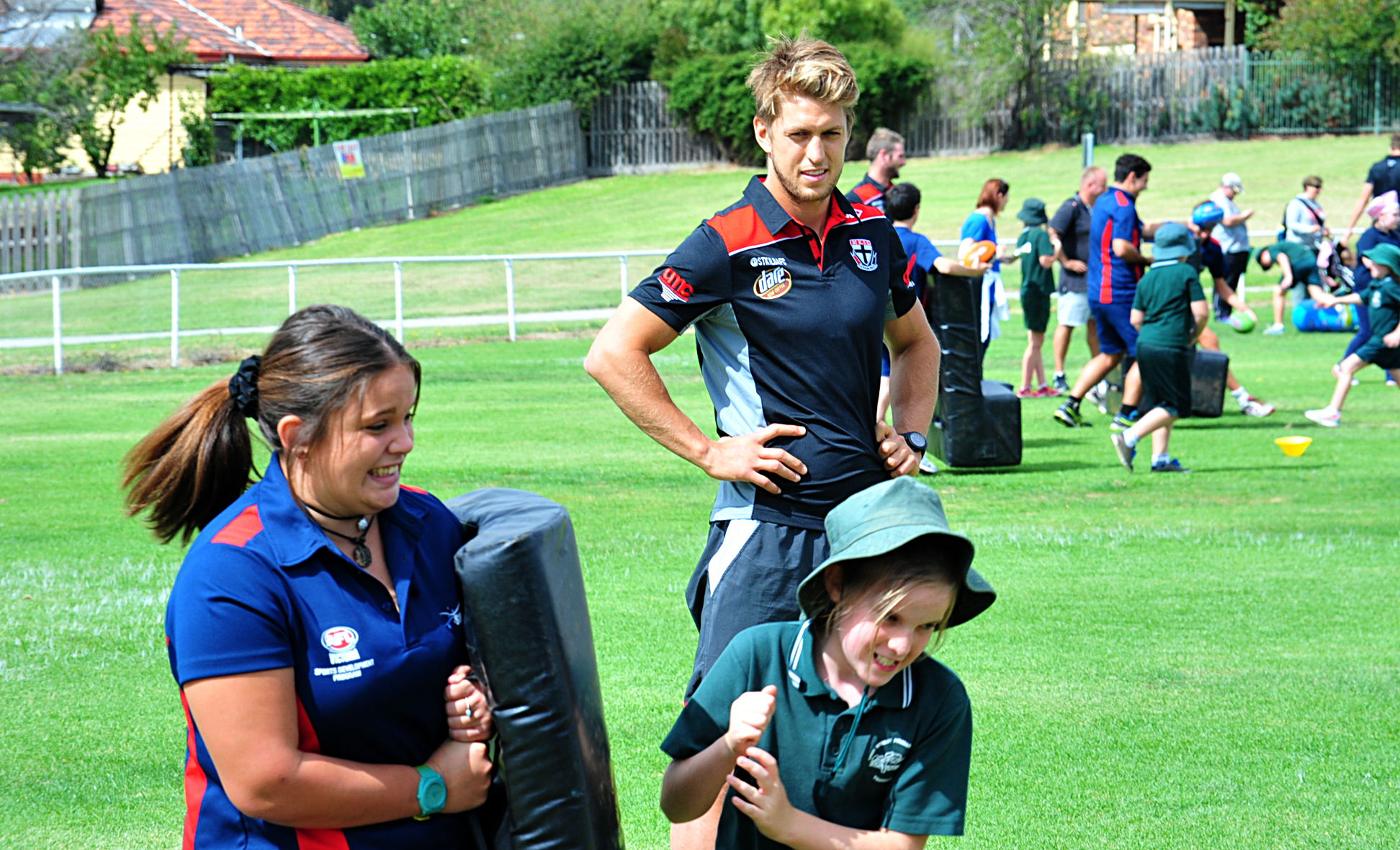 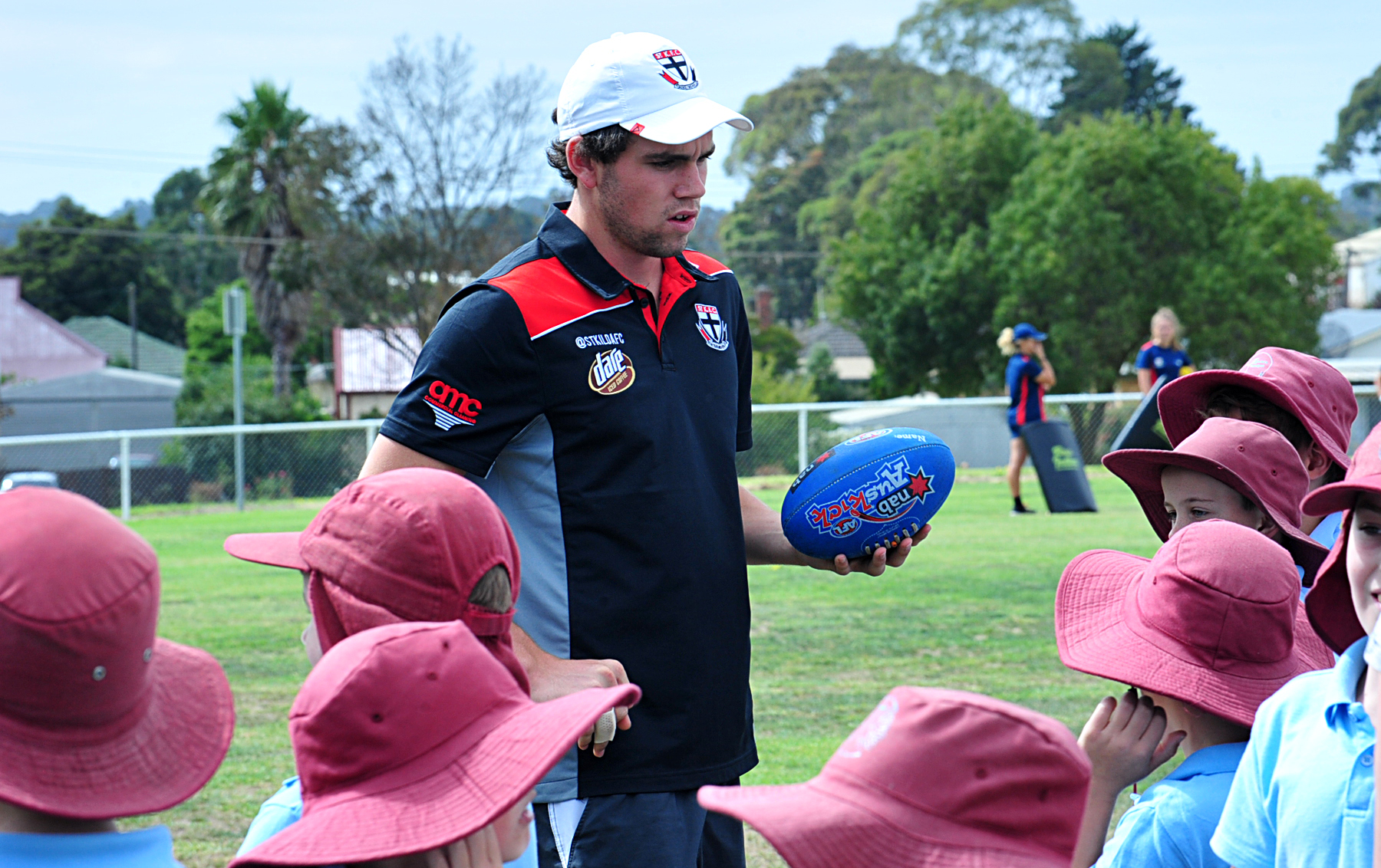 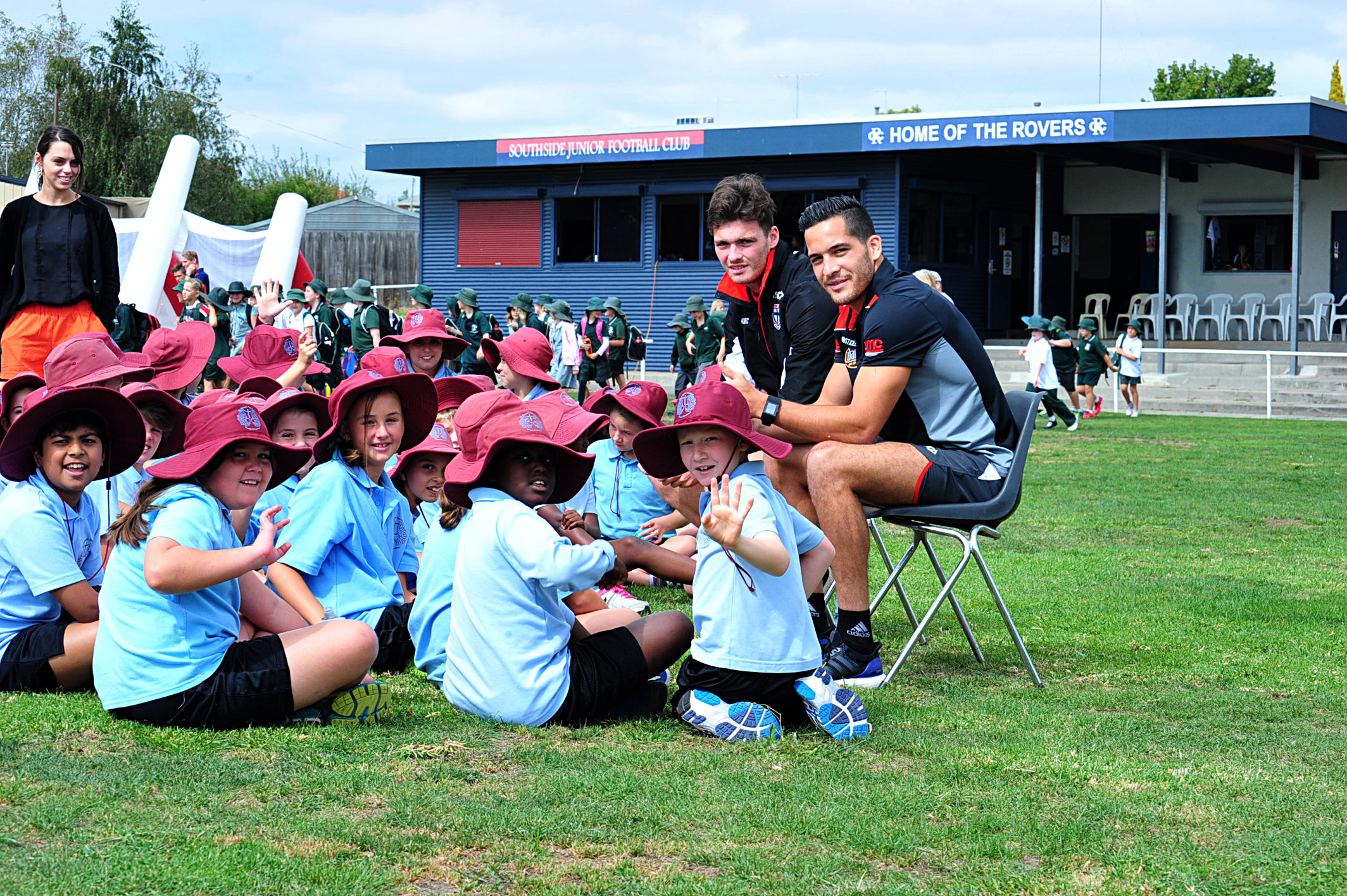 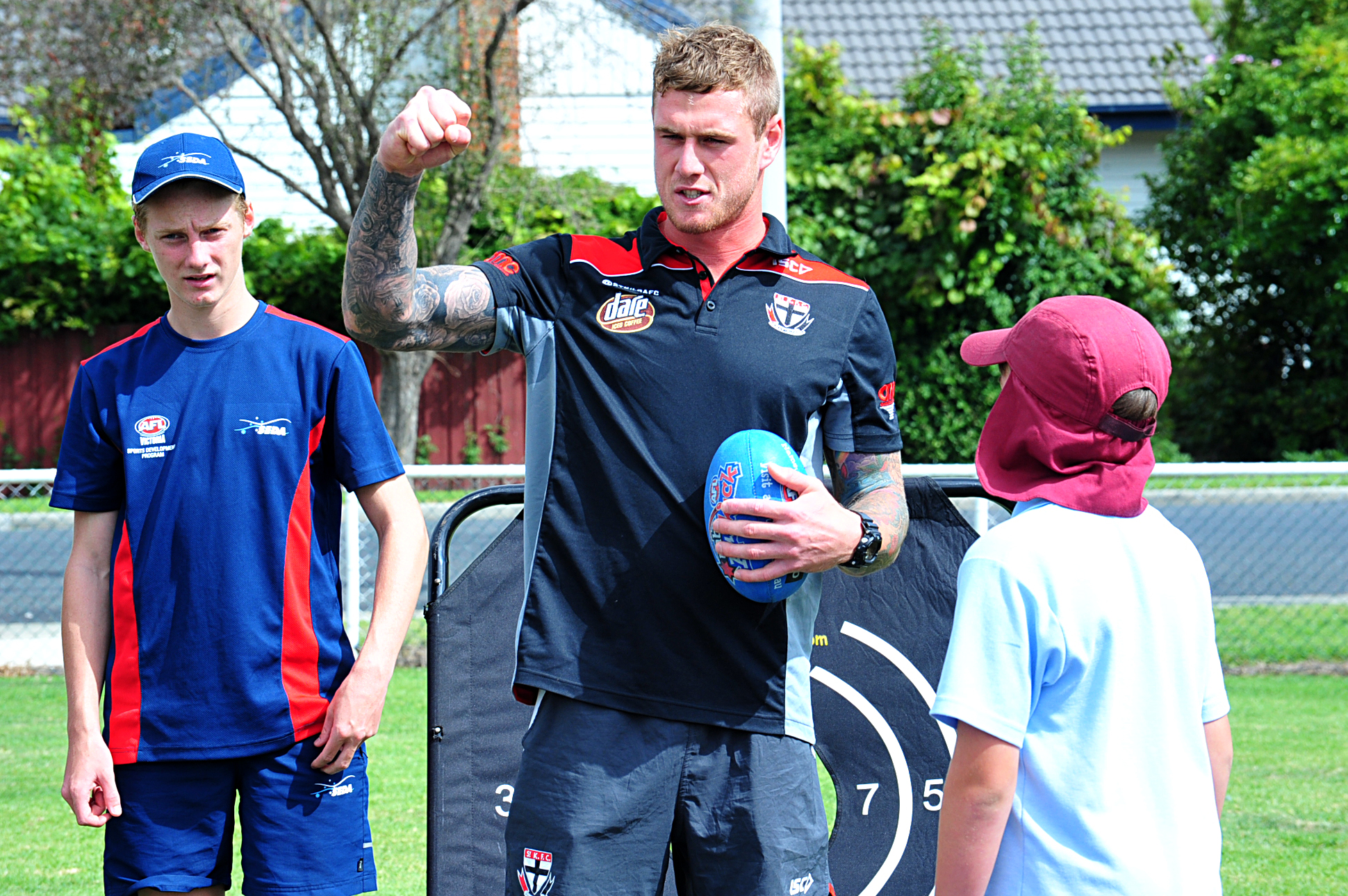 Following a NAB Challenge appearance against Essendon in Morwell on Saturday, the Saints ventured to Duncan Cameron Memorial Park in Traralgon on Tuesday for a day of junior skills clinics.

As one of five such regional Victorian visits by a split playing group on the day, a spattering of St Kilda stars including Traralgon local Tim Membrey were on hand for morning and afternoon sessions attended by about eight local primary schools and 800 students in total.

St Kilda community manager Rory Sackville said the clinics were about reinforcing the club’s strong ties to the Gippsland region.

“It’s a great opportunity for us to head out into regional areas that probably don’t have that connection as our backyard in the Saints heartland,” Sackville said.

“The reason why we do it is really to provide that connection back in to the local community around footy, clearly it’s about having an active and healthy lifestyle.

The Saints also made a special visit to Morwell en route to Sale for clinics last year in the wake of the Hazelwood mine fire disaster.

“It’s become a second home… we know the fires were there this time last year and we stopped off in Morwell to show that community we were thinking about them, then to play a game there 12 months later was a fantastic connection,” Sackville said.

“It might be infrequent but certainly that connection we feel is really there to this region.”

THREE days after teaching Essendon a lesson in Morwell, St Kilda forward Tim Membrey was back home and face-to-face with someone who taught him a few of his own.

The Traralgon AFL product was part of a Saints football clinic at Duncan Cameron Memorial Park on Tuesday, where he engaged with children and teachers from primary schools in the area, including his own alma mater St Gabriel’s.

Membrey caught up his grade four teacher in the morning session in a nostalgic day for the 20 year-old.

“It’s really good to get back down to my home town and… run a few clinics for the kids,” Membrey said.

“I remember when I was younger, coming out and doing these types of clinics and I had a really good time. Now it’s just really good that I can come down and run some.”

Membrey was part of the Saints’ 50-point win over Essendon at Morwell Recreation Reserve in just his second formal game for the club.

While the Bombers fielded an ad-hoc team due to ongoing anti-doping investigations, Membrey said there was plenty to be gained from the experience.

“We couldn’t control what was going to happen there (with Essendon), we had a strong focus on what we wanted to get out of the game and how we wanted to move the footy and attack and defend,” Membrey said.

“It was a bit more of a step forward again, still getting used to how all the boys play and the more I play with them the more comfortable I’ll feel.

“It was good to get a run out here in Morwell as well, the ground was in great condition.”

Membrey kicked one goal and two behinds in the match, but said his focus was on improving his pressure game.

“It’s always nice to kick a goal, but for me it’s just more putting pressure on the backs and making it easier for our midfielders and defenders to keep kicking the ball inside 50,” he said.