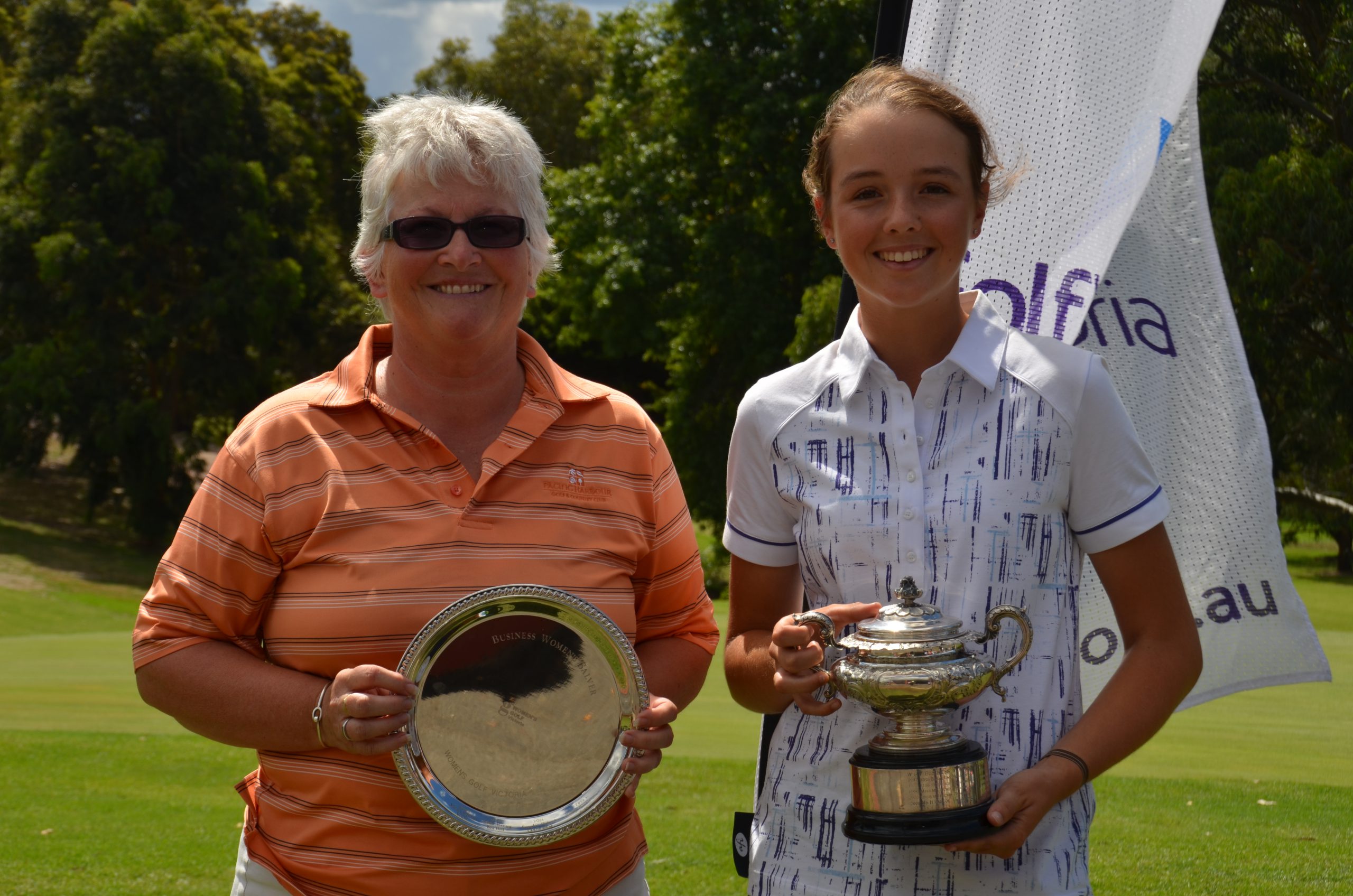 GOLF Victoria’s 2015 women’s calendar kicked off recently at the Traralgon Golf Club with the Women’s Weekend Championship and Salver.

Previously known as the Business Women’s Championship, the event is now open to all women who hold a GA handicap – not just to women who work and study.

In total, 48 women representing 28 Victorian clubs took part in the competition this year.

At the end of the first day of play the championship field was led by Tura Beach’s Casey Cook and Traralgon’s own Jenny Northe, both on 79 gross.

In the Salver field, Rachel Piastri from RACV Cape Schank proved local knowledge is not always necessary to have a great score, carding an impressive 39 points.

Piastri’s score only put her one shot clear of her nearest competitor, another traveller Lorraine Sharkey sitting on 38 points, and local Donna O’Brien was close behind with 37 points.

Cook moved a further six shots from her nearest competitor Northe on the first nine holes, taking a commanding lead in the tournament.

She finished the tournament with rounds of 79 and 78 totalling 157.

The 36-hole nett winner was Traralgon local Carmel Longshaw, playing off a handicap of 18 with a combined nett score of 144.

In the Salver section Sharkey finished on 81 points, which proved too good for O’Brien who was 13 shots behind the leader.

Dagmar Kanyua from Tirhatuan Lakes finished in third place on a countback from Riverview’s Carmel Moore.