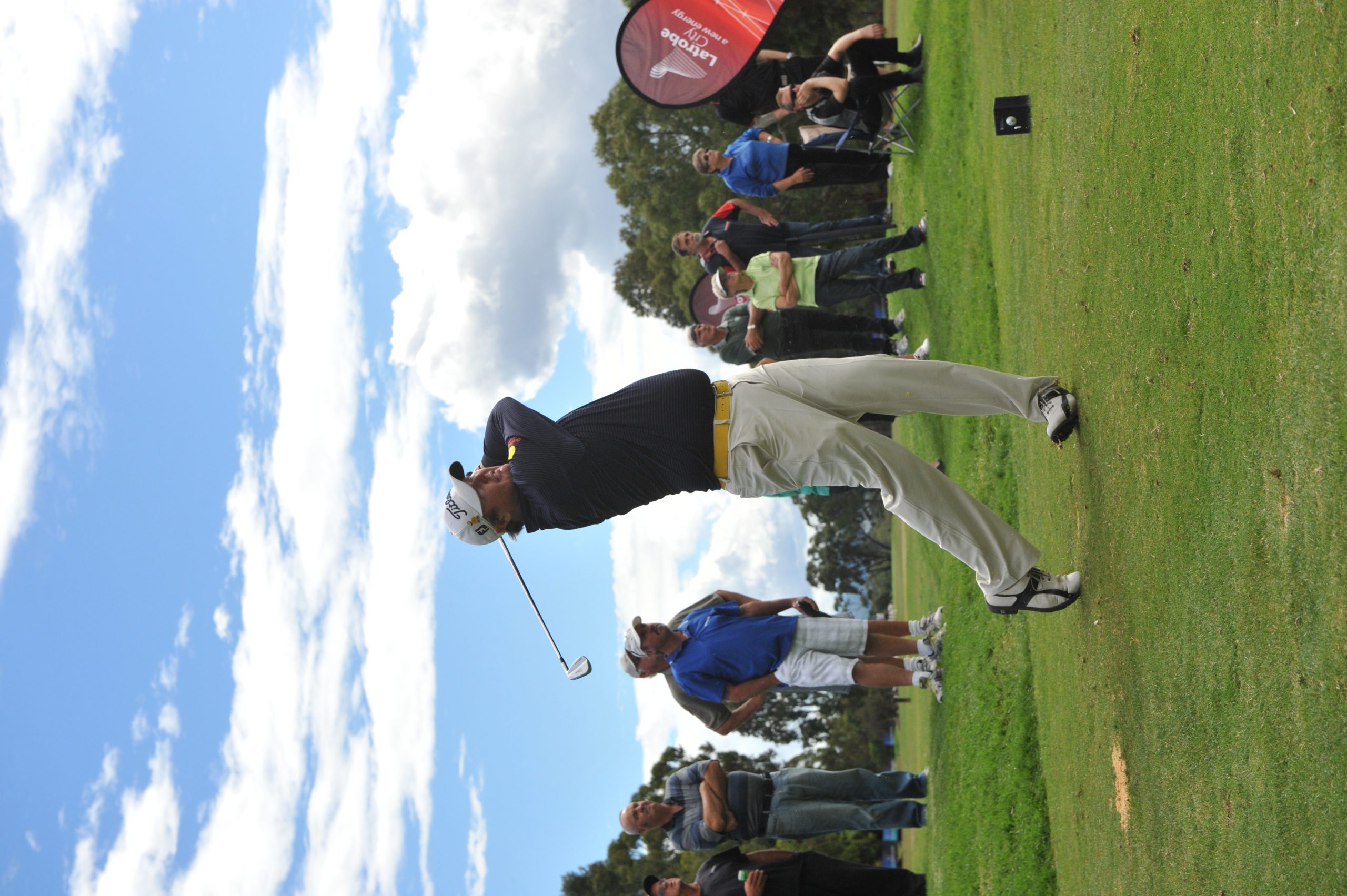 TWO of the top three from the recent New Zealand Open golf tournament are set to take their place in a stacked Traralgon Pro-Am field this week.

David Bransdon and Kris Mueck finished second and third respectively in Queenstown this month, carding impressive final scores of -20 and -18, and are shaping as two of the favourites in Traralgon.

However the pair, along with about 70 other pros in the field, will be chasing defending champion Peter Wilson.

The Cranbourne professional used last year’s winner’s cheque to book his place on the 2014 Japan Challenge Tour, which proved a prudent move when he won his second event.

Wilson went on to win another Challenge tournament and finished third on the money list, earning the right to play the main tour in Japan this year which kicks off the week after Traralgon.

“It was a good pickup (winning in Traralgon) and gave me a bit of confidence, and went from there to winning in Japan,” Wilson said.

Wilson last year won the tournament, which earned the 2014 PGA award for the best pro-am in Regional Victoria, by one stroke from John Wade and Ryan Haywood, with PGA pro Jarrod Lyle in fourth.

After recording a first round 68, Wilson reeled off four birdies on each nine to record a second round 64 to avenge his runner-up finish to Scott Laycock in 2013.

He said holing putts would be key to going back-to-back, which was always a priority after claiming a title, and again prophesised 12 under would be around the winning mark.

“I always like to defend the title that I’ve won which would be great,” Wilson said.

“I live in the South Gippsland region so I always like to support the pro-ams that are in my region, and I like the golf course, it suits my game.

“It’s quite tight, I’m an accurate player and I’ve got a good short game, that’s where the pitching and putting (comes in with) the course being quite tight.

“I’m not the longest hitter so some of the par fives I can reach in two which is fine.”

Wilson is also a regular at the Pakenham and Lang Lang pro-ams.

Other big names in the field include three-time champion Laycock, David McKenzie and Euan Walters.

The pro-am takes place on Thursday and Friday at Traralgon Golf Club.