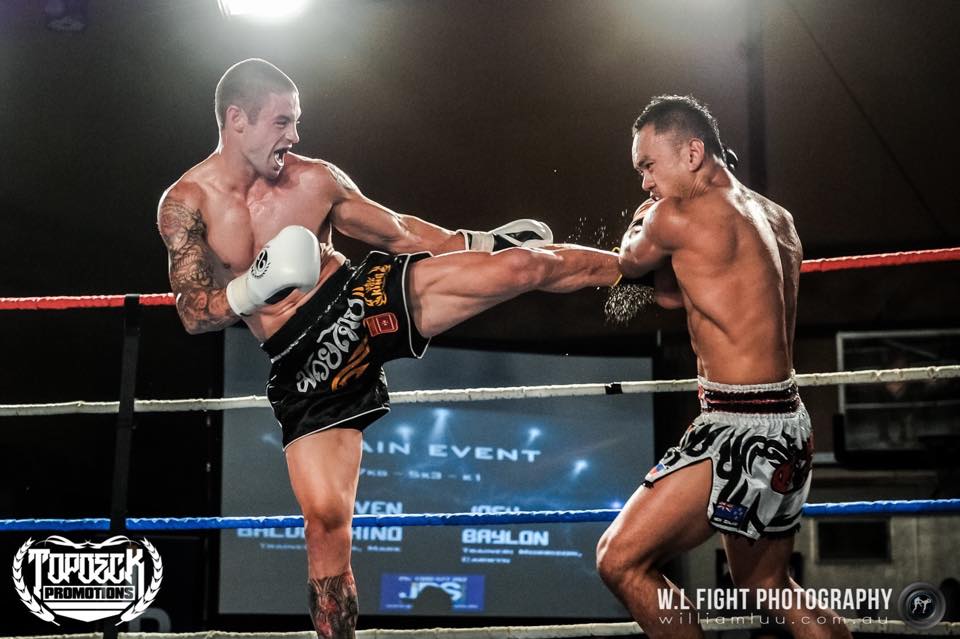 HAZEWLOOD kickboxer Steve Baldacchino made his first home bout a memorable one on Saturday night, when he won a unanimous points decision over New Zealander Joey Baylon at Traralgon Basketball Stadium.

Baldacchino emerged victorious after an entertaining five rounds in front of a parochial Latrobe Valley crowd.

“Steve was awesome… it was a really good fight to watch,” Topdeck promoter Ozan Ozargan said.

“There were a few flying kicks, both fighters looked like helicopters in the ring.

“At one stage the whole stadium was up on its feet just cheering on, so it was a good atmosphere in there.”

Steve’s wife and fellow headline act Kim-Alina Baldacchino did not feature on the night as planned, due to her opponent’s late withdrawal.

Onargan said the new promotion was negotiating a return to Traralgon in June or July.