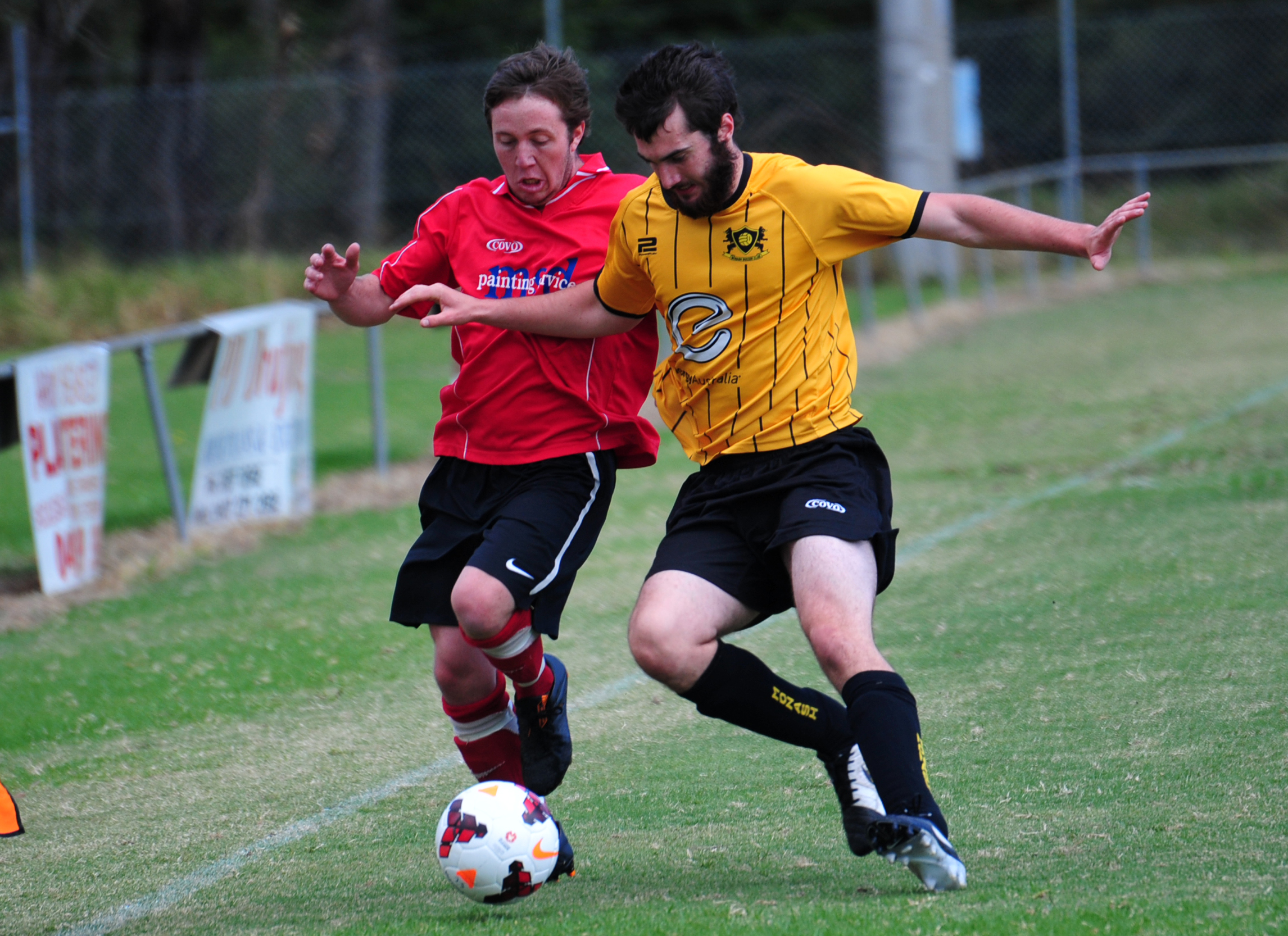 MOE further pressed its claim as a Gippsland Soccer League title contender with a 6-1 win over Monash at Olympic Park in round three on Sunday.

The Red Devils welcomed back league best and fairest Marc Mchallam and he was instrumental early in creating openings for the Moe forwards.

Midway through the first half Moe took the lead when a Ty Georgiou-shot took a deflection and found its way in off the post.

Moe continued to control the lion’s share of possession as Sam Gatpan and Matt Shearing threatened up front.

Despite its dominance Moe led just 1-0 at the change of ends.

Shearing doubled the lead early in the second half after Monash was forced into substitutions due to injuries.

The Wolves grabbed a lifeline 20 minutes into the half when Ethan Lawrence was fouled in the box.

Chad Shelley saw Peter Albanese save his penalty but he fired the rebound home.

The game was wide open again until Moe was awarded a free kick on the edge of the box.

Coach Lee Dastey stepped up to curl the ball into the far corner to restore the two-goal buffer.

A catastrophic 10 minutes followed for Monash, which conceded a further three via an own goal, a free kick from former Monash star Ash Birrell and Shearing pouncing on an error.

FALCONS hosted Newborough-Yallourn United on Sunday with the Morwell side looking to maintain its unbeaten start to the 2015 season, while a Newborough win would see the Combine join the Birds on six points.

Leaving the slow-starting spectre of seasons past behind this year, Matthew Amaira opened the scoring for Falcons within minutes with a well-timed shot from outside the area.

The Birds would make it two in quick succession as Jesse Kennedy fortuitously put his side in a dominant position heading into the break.

The second stanza saw the home side immediately pile on the pressure with Tommy D’Alia, who had not scored a senior goal prior to this year, making it two from three games with a determined finish.

Kennedy would soon make it four with a stunning strike in the top corner leaving the goalkeeper no chance.

Finally, substitute Dj Matar was on the receiving end of a long range through ball from co-captain Joe Auciello to round out the scoring.

Round four after the Easter break will see Falcons head to Traralgon City where they will be looking to make it four wins from four before they host Fortuna in the Morwell derby.

A SECOND half blitz saw Olympians trounce Churchill 4-1 and announce itself as a league contender in 2015.

Scores were locked 1-1 at the break before the Traralgon side piled on three goals in the second half to dismiss the reigning premier.

A GOAL with just about the last kick of the game saw Traralgon City reduce Morwell Pegasus to its third consecutive loss.

The Roosters struck at the death to break a 1-1 deadlock and claim all three points at Ronald Reserve.

Michael Bloss and Muyiwa Aliyu scored for the victors.

The visitor piled on seven goals in the first half to bury the Lightning by the break.

It was a hat-trick of hat-tricks for the Swans, with Tommy Nguyen, Ash Ross and Nick Buckhoreelall all netting thrice in the 11-0 drubbing.