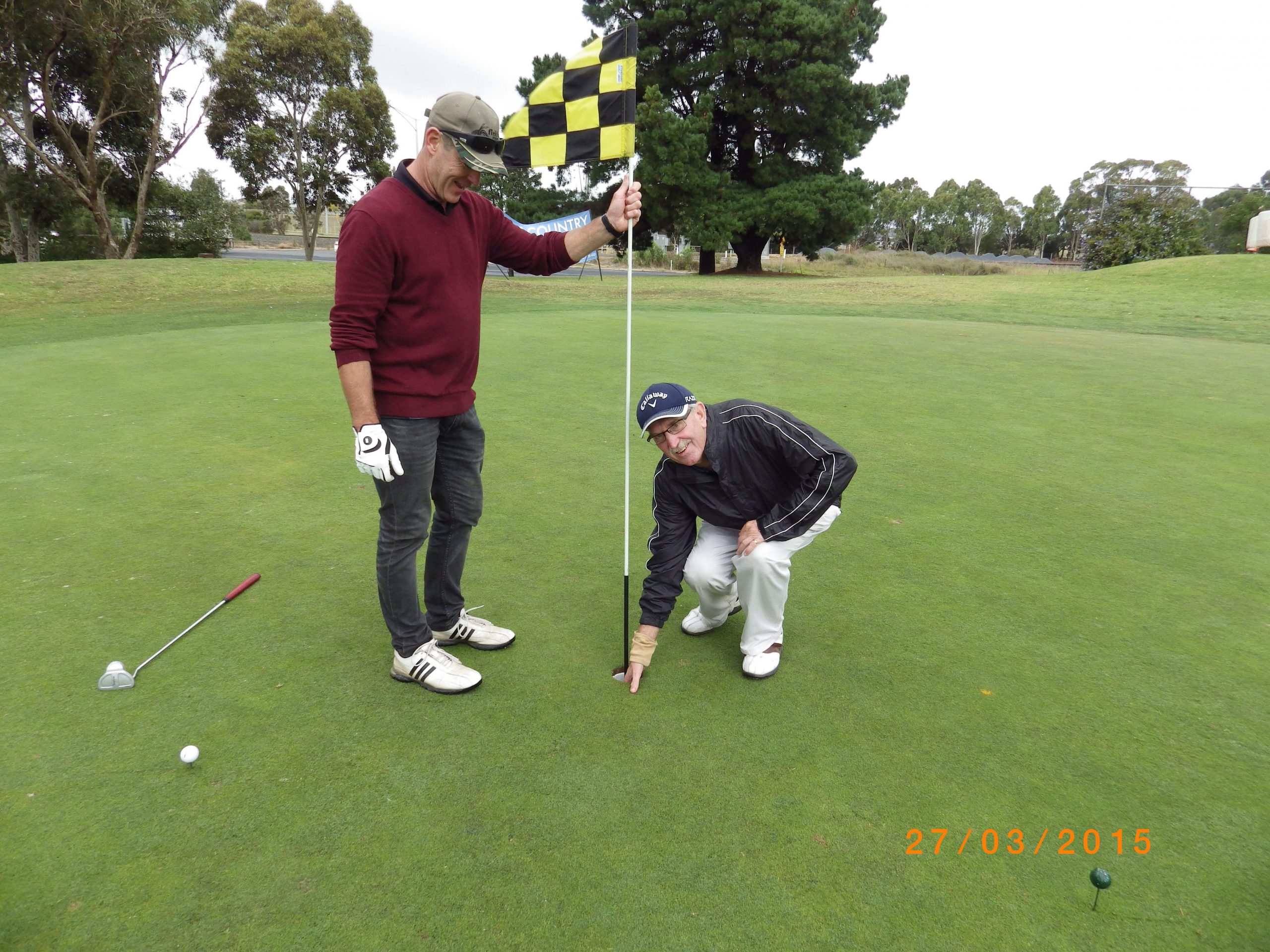 THE party poppers normally go off after a golfer nails an ace, but for Traralgon’s Barry Switzer it was the other way around at his home club’s pro-am last week.

Switzer hit a hole-in-one on Traralgon Golf Club’s fifth hole to end the pro-am on a high, with an added degree of difficulty from his playing partners.

A “professional 27 handicapper” for most of his career, Switzer had struggled through his Thursday and Friday rounds, playing alongside his traditional pro-am partners Gav Foenander, Russell Northe and pro Ryan Haywood.

Thursday Switzer scored 21 points, and had accumulated 17 prior to the group’s final hole of the event – the par three fifth.

As he lined up his tee shot, his group – angling for a car park shank – fired off a party popper in the middle of his backswing, then another as he wound up for a second time.

Not flinching, Switzer regrouped and quipped “in the hole”, which is exactly where the ball ended up after a couple of bounces.

The ensuing celebrations called for more than party poppers.