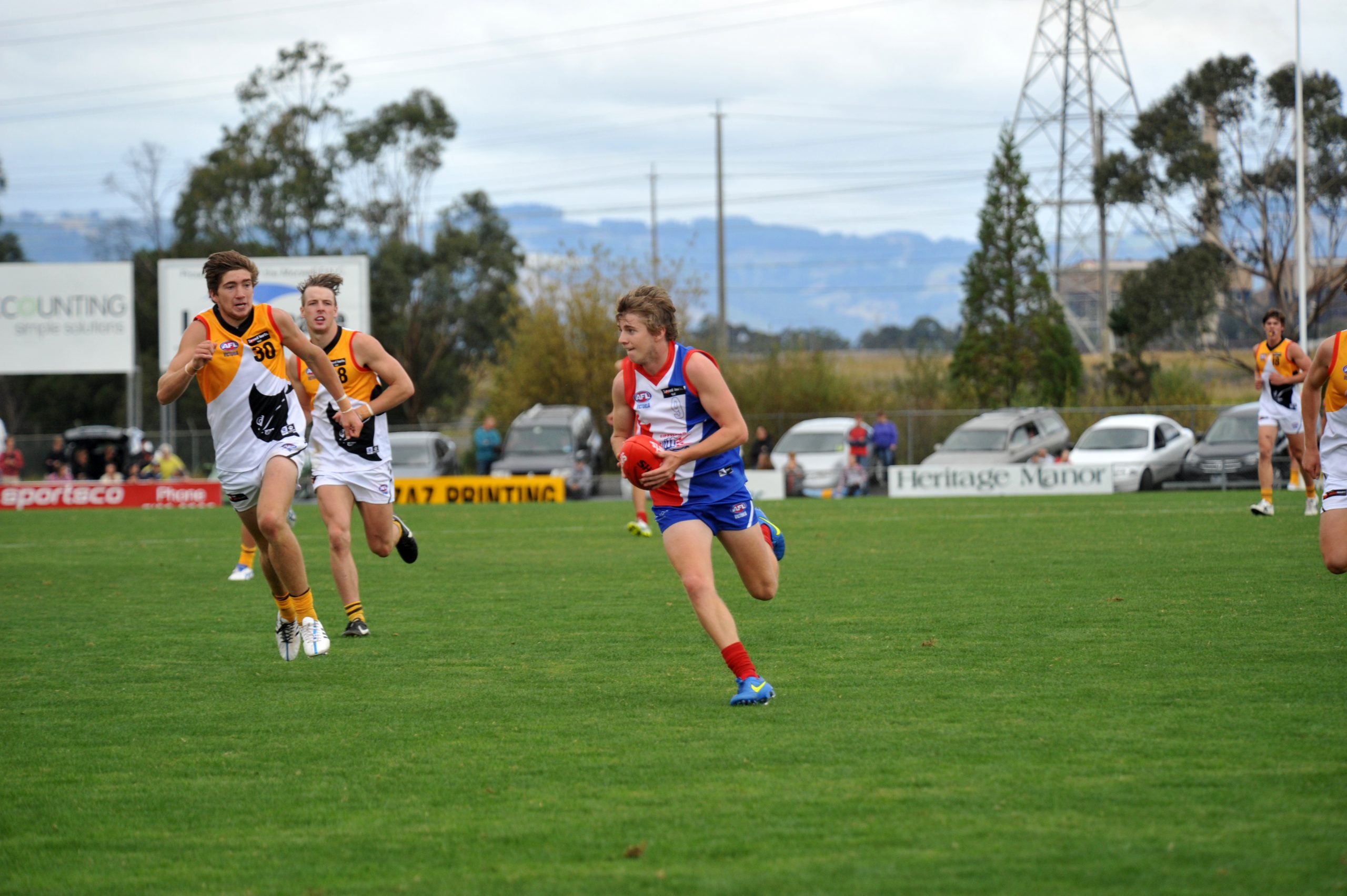 AFTER an impressive victory in the first game of the 2015 TAC Cup season, Gippsland Power faced a much greater challenge against an in-form Murray Bushrangers at Morwell on Good Friday.

The home side was without key player Sam Skinner, who had AFL Academy duties, and experienced players Darnell Grech and Ethan Park, who missed due to minor injuries suffered in the Stingrays game. Keenan Hughes, Cory Stockdale and Lincoln Robinson came into the squad following impressive pre-season performances.

Neither side was conceding easy possessions early and both were struggling to find their flow due to the pressure being applied in each contest. The Power broke the deadlock when good work by Nash Holmes set up Matt De Bruin to kick a goal, but a 50 metre penalty handed the Bushies a soft reply.

From the resulting centre bounce, Connor Ambler created an opportunity for Ben Ainsworth to snap a clever goal but again the Bushies hit back immediately.

It took some skill by Ambler and Josh Patullo to allow Ainsworth to use his pace to create an opportunity for Tate Marsh to kick a much-needed major for the Power.

The Bushies then scored three unanswered goals after costly turnovers. By the long break the margin was 22 points to the visitor.

The half-time message from coach Leigh Brown to stop the rebound and convert opportunities was heeded when intense forward pressure led to a free kick to Patullo who converted. A combination of skill, pace and poise by Tom Papley then allowed Holmes to mark and goal.

The incredible pace of track and field star De Bruin allowed him to kick his second for the match.

His major put the Power within a kick of the Bushies but they again drew away with another rebound goal. Despite controlling much of the play for the term, the Power went into the final change 11 points down.

Inefficiency was costly early in the last quarter and the Bushies took advantage by scoring six consecutive goals to record a comprehensive win on paper.

Defenders Christian Buykx-Smith and Ben Dessent were among Power’s best, along with Marsh, Ambler, Ainsworth and Holmes.

This weekend the Power travels to Geelong to take on the Falcons.

GIPPSLAND Power’s 2015 under 16 program concludes at Bendigo this weekend when it meets the home team in the third and final round of the Victoria Country U16 Championships.

Long-serving coach Rob Reid and his assistant Daniel Brand are confident the team can wind up the series with a win.